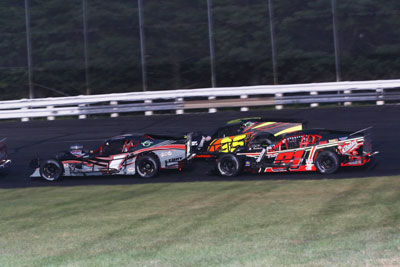 (Stafford Springs, CT)—When the green flag drops on the NAPA Auto Parts Open Modified 100 this Friday, August 7th at Stafford Speedway, Joey Cipriano will be in only his fourth race together with the #1 Superior Refinishing LLC. team owned by Ted Anderson.  Cipriano and the #1 team scored a third place finish in the Bud Light Open 80 back on July 18 at Stafford and Cipriano will be looking to put his 9 years worth of Stafford experience in the SK Modified® and SK Light divisions to good use.

“Any track that you go to that you have experience and laps at you can show up and know right away if you’re going to be good or if you need to make changes,” said Cipriano.  “When we went to Monadnock earlier this season for a Tri-Track race, I hadn’t raced there in 4 years and the last time I was there was in a midget so I wasn’t too sure what I needed in the car and we spent a lot of time in practice searching for what we needed and what was the fastest way around the track.  At Stafford with the experience I have it’s definitely an advantage to know right away if we’re going to be good or not.  With longer races it’s all about the guy who is good on lap-80 or lap-100 rather than who has the best car for 40 laps.  I think the Tour style races throws a lot more into the driver’s hands as far as maybe not having the best car on lap-5 but if you can conserve the car and make it last until lap-100 you’ll be better than a lot of other cars.”

Cipriano first teamed with the #1 team at the end of the 2019 season for races at Thompson and Seekonk before racing this year at Monadnock and Stafford.  Despite the NAPA Auto Parts Open 100 being only their fifth race together, Cipriano is feeling confident, finishing third at Stafford after having to drive back through the field after a pit stop miscue cost them track position. 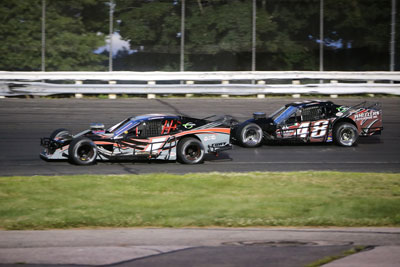 “We ran the MRS race Thompson and finished fifth and went to Seekonk for the Tri-Track race at the end of last season,” said Cipriano.  “We ran Monadnock earlier this year and the Bud Light Open 80 at Stafford and everything is great.  We were running second at Monadnock before we had some issues, and we were in the top-3 for the first half of the Stafford race before we had to drive back through the field after a gun jammed on our pit stop.  I felt like Cole Trickle coming in second and going out back in the back of the pack.  If we can have a car like we had at the last Stafford race, I’m very excited to be coming back.  Having to come back through the field, the guys who were up front were already up front and they didn’t have to use the car up like I did coming back to the front.  We got up to second and I messed up the last restart and cost us a shot at winning but we should be in good shape if we can be as good at lap 80 as we were last time at Stafford.”

If not for the jammed tire gun, Cipriano very well could have won the Bud Light 80 back in July at Stafford.  With 20 extra laps and one extra change tire for teams to use at their discretion in the NAPA Auto Parts Open 100, Cipriano will have to blend the right pit strategy along with a strong car in order to once again be a contender for victory.

“The pit strategy is going to definitely throw another factor in the race for us,” said Cipriano.  “The extra 20 laps and one extra tire will give everyone some extra options for strategy.  At the last Stafford race the caution came out on lap-41 of 80 so it was a no-brainer and everyone came to pit road for tires.  With this race, you can take 1 tire early or later, you can take all 3 at once, or you can gamble and take 2 tires when everyone else takes 3.  There’s a lot of different things you can do and it’s going to be a game time decision of what is the car doing at that time and what would work best to make the car better.  I don’t think there’s a perfect strategy that you can point to until the race is over and then you’ll know what the best strategy to use was.  A lot can happen in 20 laps.  In the last Stafford race, we were in 9th or 10th place with 9 laps to go and for the green white checkered finish we were in 2nd.” 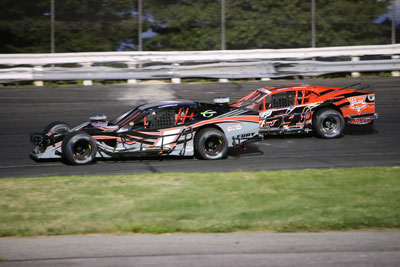 Cipriano has won at Stafford in both the SK Modified® and SK Light ranks and he is eager to add another division of modified racing to his resume of feature wins.

“Stafford is where I started racing modifieds and it would be pretty cool to be able to have a win at each level of modified racing except for the Tour,” said Cipriano.  “I don’t think Ted [Anderson] has won a race yet as a car owner so it would be pretty cool and sweet to get him his first win and for all the guys on the team who put in so many hours in the shop during the week.  I don’t have a ton of experience in Tour style races but I’ve done enough to start to know what I need in the car during practice and at the start of races.  I’m having a lot of fun and Friday nights at Stafford in the SK Modifieds® is about the stiffest field you’ll find anywhere but these open races have a lot of good cars and drivers and they’re just as tough to win as a Tour race.  I think we have everything we need to win a race it’s just a matter of putting everything together.”

The NAPA Auto Parts Open Modified 100 is set for this Friday, August 7th.  Tickets for the NAPA Auto Parts Open Modified 100 are available and on sale now through the Stafford Speedway website.  Tickets are priced at $30.00 for adult general admission tickets, $10.00 for kids ages 6-14, kids 5 and under are admitted free of charge when accompanied by an adult, and paddock passes are priced at $50.00.  Stafford Speedway is limited to 25% capacity and there are still a limited number of tickets available for purchase.

Fans who cannot attend the race in person but would still like to watch the race can order a live stream of the event from www.staffordspeedway.tv.  Fans can purchase the NAPA Auto Parts Open Modified 100 event for $30 or there is a combination deal that includes the NAPA Auto Parts Open Modified 100 as well as the Saturday, August 8th NAPA SK 5k on Saturday for $45.