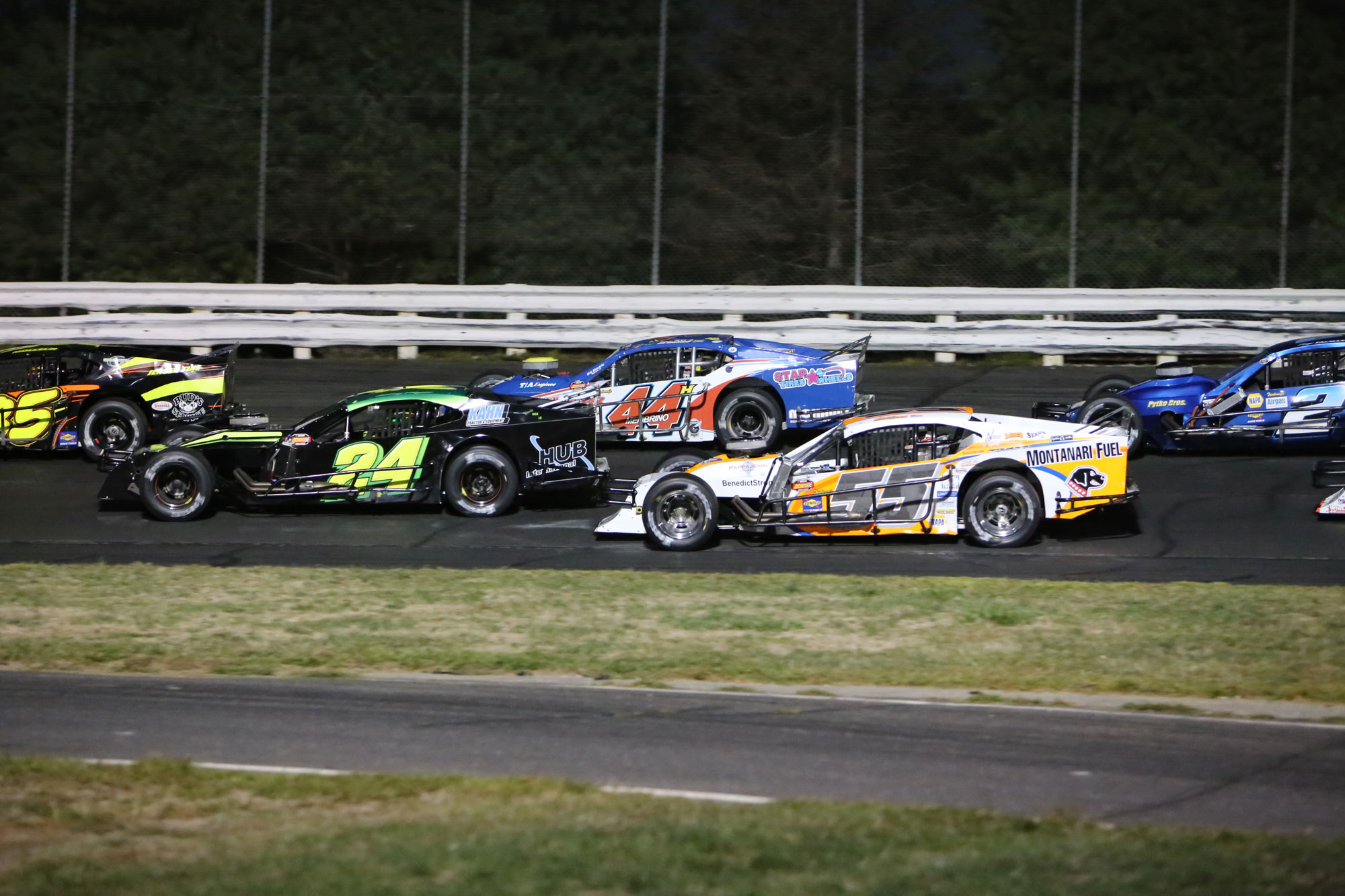 (Stafford Springs, CT)—Following a 5-win season that carried him to the 2019 SK Light championship at Stafford Speedway, Teddy Hodgdon made the move up to the track’s premier SK Modified® division for the 2020 season.  Hodgdon and the #55 Montanari Fuel team endured a season filled with highs and lows that saw him post 2 top-5 and 5 top-10 finishes in 14 starts to claim NAPA Auto Parts Rookie of the Year honors.

“It’s a great feeling to be the Rookie of the Year, especially coming off a championship season last year,” said Hodgdon.  “Going into the best weekly modified division in the country, there’s 15 guys who can win every week, and we had some struggles in the middle of the season with wrecks and a couple of untimely incidents, but we held our own throughout the season and I’m very proud of what we were able to accomplish.  I felt like we checked all the boxes for our rookie season.  My guys are the best in the business and with all the hardships we went through this year I hope we can be pretty strong next season.  I have a lot of people to thank for this season, Montanari Fuels, Pete Matton and Lori Brasher, Business Time Motorsports, A Pappa John Construction, Gator Sport Fishing, Keith Rocco Racing, Ness Auto, State Cutters, Jims Welding, Ultimate Restoration, Critical Signs, Economy Signs, Simpson Race Products, The Joie of Seating, SSR Suspension, Williams Race Gears, Pettit Race Engines, Waddell Communications, Dale and Connie Massey, Roby and Dawn Sadler, Tony Mottola and Family, Robert and Vicki Tod, Trent Markovitz, Brandon Wilkinson, Pixies Pop Shop, Lasco Roofing, Benedict Family, James R Paige Plumbing, Tally-Ho Aviation, Serio’s Pizzaria, New York Sports Show, and Fenceline Films.”

In only a short period of time, Hodgdon has enjoyed a large amount of success racing at Stafford.  He won races in the Legend Cars from 2015-2016 and then in the SK Lights from 2018-2019, including a championship last year.  Hodgdon found out first hand just how tough and competitive the world of SK Modified® racing is at Stafford. 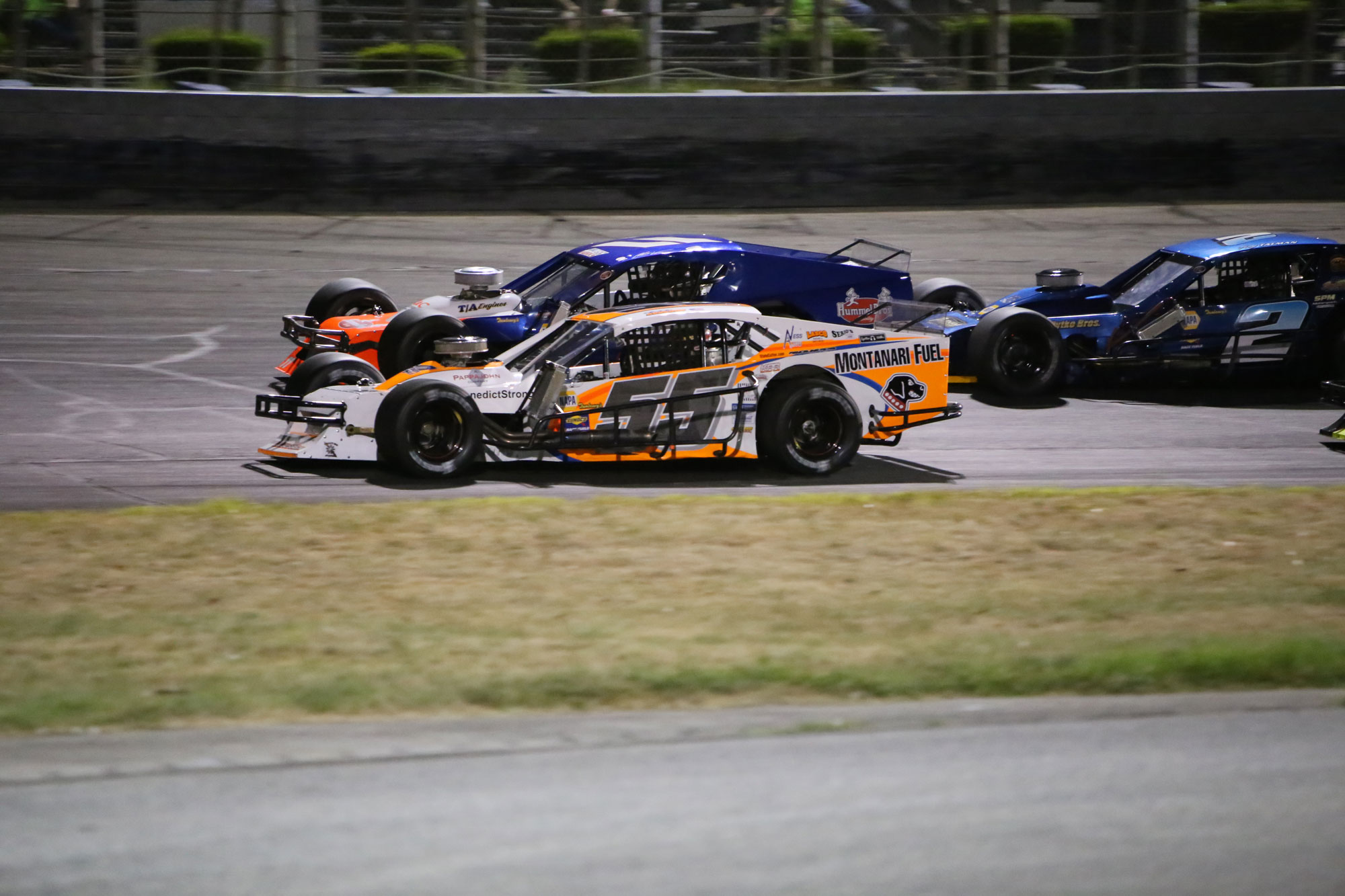 “It was a pretty big reality check to see how you stack up against the best guys,” said Hodgdon.  “I think it was facing a whole new level of competition.  All the guys in the SK’s have been racing for so much longer than the guys in the Lights and they have a lot more experience and seat time and they know how the cars are going to react and what it’s going to do.  You have to prepare for that, you have to be ready to face the best every single week and not let up for a second.  You can’t miss your margin by any amount, you have to be perfect every week and that’s what it takes to be able to run with those guys up front in the SK Modified® division.”

While Hodgdon and his team endured the hardships of being a rookie in one of the toughest weekly divisions anywhere in the country, the high point of his rookie campaign came on July 31st when he led for a portion of the 40-lap race and ended up with a season best finish of second place behind Cory DiMatteo.

“That was the first race where we really showed our speed this season,” said Hodgdon.  “We were able to start up front and we led I think the first quarter of that race.  Being out front, there’s no rabbit to chase so I wasn’t sure where to hit my marks.  Once I fell in behind Cory [DiMatteo] I was able to keep pace with him but he had just a little bit better drive off the corner and that’s how he was able to stay in front of us.  I knew working with Keith Rocco and switching over to Troyer cars for this season that something good was going to happen.  We just needed everything to go right for us and it did that night.”

One area that Hodgdon was lacking during his rookie season was working short run speed into his #55 car.  The car would be good on long runs, but where Hodgdon really felt the sting of not having short run speed was in qualifying heat races and at the start of the feature events. 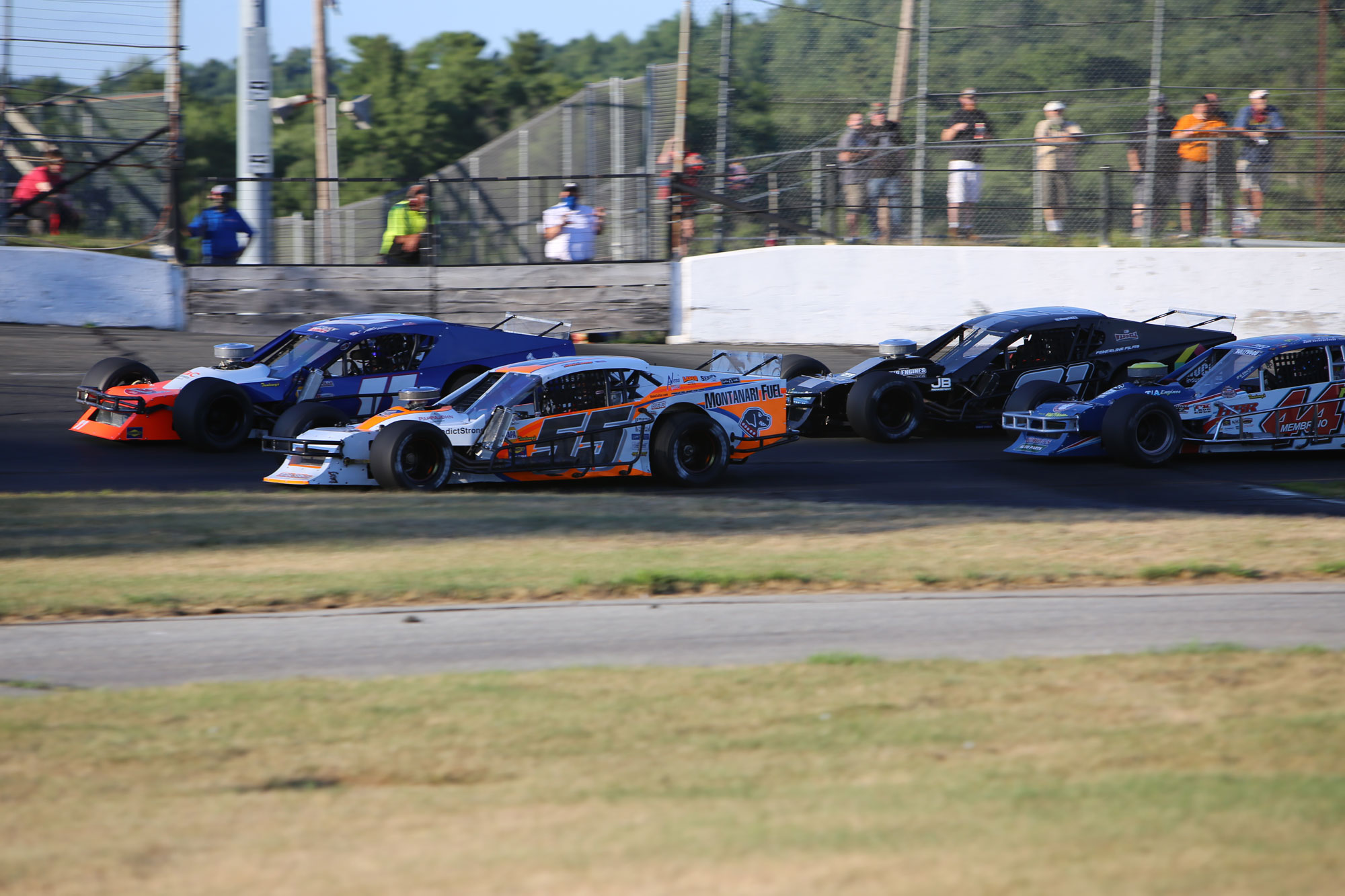 “This year was tough and I think we really needed to work on our short run speed,” said Hodgdon.  Heat races killed us, we had to start in the back for probably more than two thirds of the time and that really set us back.  Whenever we started up front we had really strong races.  We had a second in the fourth race of the year and we got a fourth place finish battling up through the field and we had a bunch of strong top-10 runs in like 7th or 8th place.  The car would always seem to take about 5 laps to come in and we tried everything this year so we’re going to start fresh for next season and hopefully we can get that remedied.  We’ll use the off-season to regroup and get everything back to normal like it was last year.  If we could change one thing on the car it would be the short run speed.  We’d get long green flag runs of like 15 or 20 laps and we would start picking cars off, it was just starting in the back that was a real killer for us.”

At this time Hodgdon is looking forward to returning to the SK Modified® division for the 2021 season and getting his first feature victory while he also has his eyes set on possibly making some open modified starts during the 2021 season.

“We’re looking at coming back with the SK next year and I’m always looking for an open modified ride if someone wanted to partner up with me,” said Hodgdon.  “I think we made a lot of progress this season and if things can go right during a night like they did for us when we finished second, maybe we can capitalize with a year’s worth of experience and hopefully we can get it done with a victory.”