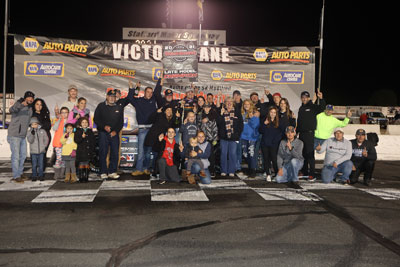 (Stafford Springs, CT)—After two winless seasons driving for Rob Russell, Michael Bennett made the decision over the off season to go back to being an owner/driver in the hope that would help him get back to NAPA Victory Lane in Stafford Speedway’s Late Model division.  Bennett and the #19 Aubuchon Hardware team not only found their way back to victory lane, but put together a season that saw Bennett win his second career Late Model championship at Stafford, which was his third overall career track title.

“It’s great going back to our own team and winning the championship, that’s probably the most satisfying part,” said Bennett.  “Every championship feels a little bit different for different reasons.  The first championship was our first and the second championship was a lot of trials and tribulations that we went through during the year.  This one feels different because it was a close battle all year long and it took every lap of the season to win it.  It wasn’t easy by any stretch of the imagination.  Big thanks to Randy Palko, Herb Bennett, Jr., A.J. DePellegrini, Schuyler Greene, Corey Bennett, Ryan Posocco, Aubuchon Hardware, Longview RV, Hilltop Restaurant & Bar, H & B Siding, G & M General Contracting, Bingo, Alpine Tree Company, Start-Finish Motorsports, Herb & Laura Bennett, NAPA of Tolland, 100 Percent Printing, Randy’s Trucking, Stafford Mechanical Services, New England Race Fuels, Lornell Company, and Beni’s Restaurant for all their help and support this season.” 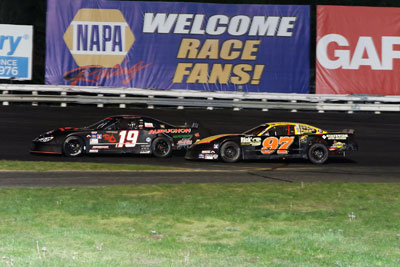 Following the 2017 season, Bennett sold his car and took a year away from Late Model competition before returning in 2019 driving the #31 car owned by Russell that won the 2017 championship with Glen Reen.  While Bennett was winless in 2 seasons driving the #31 car, he finished 5th and 2nd in the points standings during those seasons.  Leaving an established team to once again become an owner/driver could be considered a risky move, but for Bennett it was a very low risk move to make.

“I wouldn’t say it was a high risk move,” said Bennett.  “We weren’t able to win with the 31 car, but that wasn’t from a lack of effort at all.  The main reason why we went back to our own car was because we felt like that was our best chance to win races and be in control of the day to day and week to week stuff.  The car we bought was a car that I had ran before in 2014 so we were familiar with the car and the crew was dedicated to making sure everything was where it needed to be.  Everyone that was part of the team was with me before and I think everyone was hungrier to win.  The combination of those things along with aligning ourselves with John Williams with the race gears and transmissions, Donny Wood from R.A.D. Auto Machine, and Bob Fill, we knew if we were going to be on the top of our game, we needed the best and those guys are the best, which made our lives much easier.” 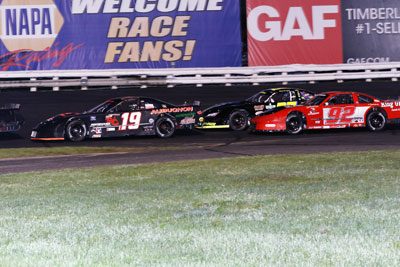 Bennett came into the 2021 season with his sole focus on getting back to victory lane for the first time since September 2017.  Bennett didn’t have to wait for very long to get that first win as he won the first two races of the season.  Despite his strong start to the year, Bennett was still focused on winning races and had not one care about winning the championship.

“The best feeling is going to the track on Friday nights knowing you have a car that is capable of winning,” said Bennett.  “There were a lot of unknowns but we talked with Bob Fill before we bought the car so we were confident.  To come out and win the first 2 races, I was pumped to win the opener because the burden of trying to win a race was done and we could spend the rest of the year concentrating on winning more races.  Our goal was to just win a race because it had been so long since I last won.  The championship stuff, if you’re thinking about the championship at the start of the year before you’ve even gone to the track for a race, I think you’re kind of crazy.  You’re hoping that you put things in the right place to be a contender, but things happen during the year.”

After winning the first two races of the season, Bennett and the #19 team continued to finish up front as they notched 7 podium finishes, including 3 wins, in the first 10 races of the season.  Despite his hot start to the year, Bennett had Adam Gray right with him in the standings and both drivers were chasing Michael Wray, who held the early season point lead.  Bennett didn’t find himself in the point lead until August 6th and even then he was still focused on winning races and not the championship. 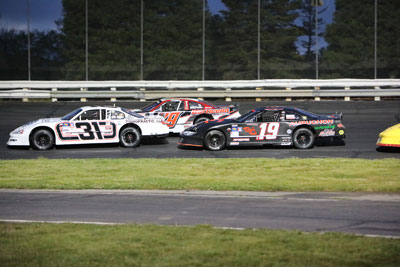 “It wasn’t until the last couple of races where you look at the points and there were only like 3 or 4 of us that had a realistic chance at winning the championship,” said Bennett.  “At that point of the year, we had some things refreshed and rebuilt on the car and we put in some different setups for the changing weather.  We struggled during the last 5 races, we didn’t have the car where we wanted it so our focus was to win races and let the points take care of themselves rather than worrying about the championship.  We won 3 out of the first 5 races so our plan was to see how many races we could win since I’ve won as many as 7 races in a season before.”

As the end of the season grew nearer and nearer, Bennett and the #19 team began to feel the pressure, but they closed out the season with top-4 finishes in 6 of the final 7 races, including back to back wins on August 20 and August 27.

“We put ourselves in position to win the championship, but the unknown of where we were going to end up was really stressful for us the last 3 races,” said Bennett.  “The last race I was really stressed out because I didn’t want to disappoint everyone who had worked really hard all year long on the car.  We were right there and everyone on the team wanted to win the championship at that point.  The last race, the car wasn’t great.  I was riding along and Adam [Gray] was behind us for the first third of the race, which is what we needed.  There was a restart and Adam got in front of us so I figured I’d just follow him because we had been pretty even throughout the year but he just took off and was gone.  At that point I realized there were too many cars in between us so I had to make some decisions behind the wheel as to how aggressive I wanted to be with certain people and it worked out in our favor.” 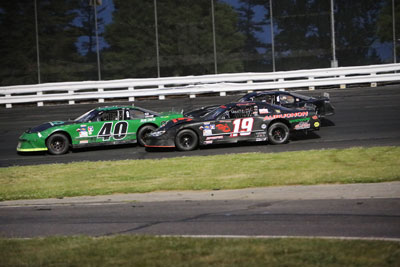 Bennett plans to return to the Late Model ranks for the 2022 season.

“We’re going to come back and try to win more races and see if we can put ourselves in position to win the championship again,” said Bennett.  “It’s tough to be a repeat champion but that’s the last thing on our mind.  Winning the championship is awesome but you can win a championship without winning a race and we almost did that last year with the 31 car.  There’s nothing more thrilling than winning a race and there’s no other feeling like that so we want to win races.  The car is already torn apart and we have a few parts that are being done up and getting refreshed so we should be good to go.”