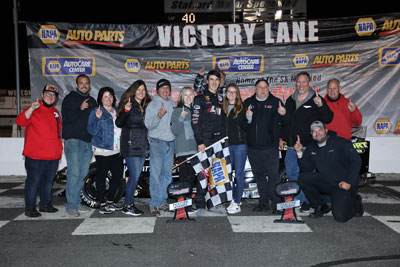 (Stafford Springs, CT)—As anticipation for the June 12th SRX Series event at Stafford grows, Stafford’s Inaugural TickMike.com SK Modified® All-Star Showdown is shaping up to be one of the biggest SK Modified races of all-time.  Stafford’s top-15 drivers in the SK Modified® points standings as well as any former track champions will take to the track to race for a piece of $46,000 in total posted awards. One former SK Modified® champion that will be joining the starting grid for the TickMike.com SK Modified® All-Star Showdown is Mike Christopher.  The former 3-time SK Modified® champion will drive as a teammate to his son, Michael Christopher, Jr.

“It’s pretty cool to be a part of this all-star race,” said Christopher.  “I haven’t sat in a car since Fall Final 2019.  When I first saw the race, I was a little apprehensive because I don’t want to go out and wreck a car but then finally I said the heck with it and I’m going out to have some fun.”

The TickMike.com SK Modified® All-Star Showdown will mark Christopher’s first time behind the wheel of an SK Modified® car since the 2019 Fall Final.  Despite being nearly 2 full years since his last time driving, Christopher is only worried about getting familiarized with his surroundings inside the cockpit of his car.

“The only thing that I’m worried about having not been in the car in a while is that your surroundings aren’t second nature,” said Christopher.  “You have to remember things like where is the brake adjuster and how much or how little do you go when you adjust the brakes?  Minor things like that were a little off the last time I got into the car so I’m hoping to take the car out for practice the Friday before just to make sure I’m good with everything.  The more you can sit in the car the more comfortable you’re going to be.” 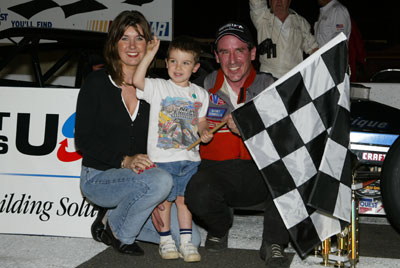 As well as racing for a guaranteed $4,000 winner’s check, Christopher is looking forward to not only sharing the track with his son, Michael, Jr., but trying to beat him as well.  Christopher finished behind Michael, Jr. in both of his 2019 SK Modified® starts.

“Racing with Junior is what I’m most looking forward to,” said Christopher.  “I’ve always wanted to get on the track with Junior and Bryan [Narducci] because Michael and Bryan are such good friends, I’ve known Bryan forever, and Bryan has always helped us out with stuff.  Hopefully I’ll be good enough to get out there and grind up with those guys on the track.  The other thing I’ve been wondering about is the car number.  Junior runs the #82 and he’s already told me that when we go to the race, he’s going to be #82 and I’m going to be #80 but that’s my number so we’ll have to see what happens.  Hopefully they might allow us to run an x or something on the car.”

Throughout his career, Christopher was an aggressive, hard charging driver and with nothing on the line but cash and a trophy, Christopher plans to once again be aggressive in the TickMike.com SK Modified® All-Star Showdown.

“My strategy is to just go for it,” said Christopher.  “I tell Junior all the time if you can’t pass someone then beat on their bumper a little to get his head out of the game.  I’m not looking to cause any mayhem.  I’m looking to have a good race and hopefully I can be competitive.  The car is competitive, I just have to make sure the guy sitting in the seat is competitive.”

Christopher has a plan in place if he should find that his car is not quite up to snuff with the competition.

“If Junior’s car is better than mine, I might tell him he’s in my car and I’ll be driving his car since I own everything and make the decisions,” said Christopher with a laugh.  “We’ll figure something out when the day comes.” 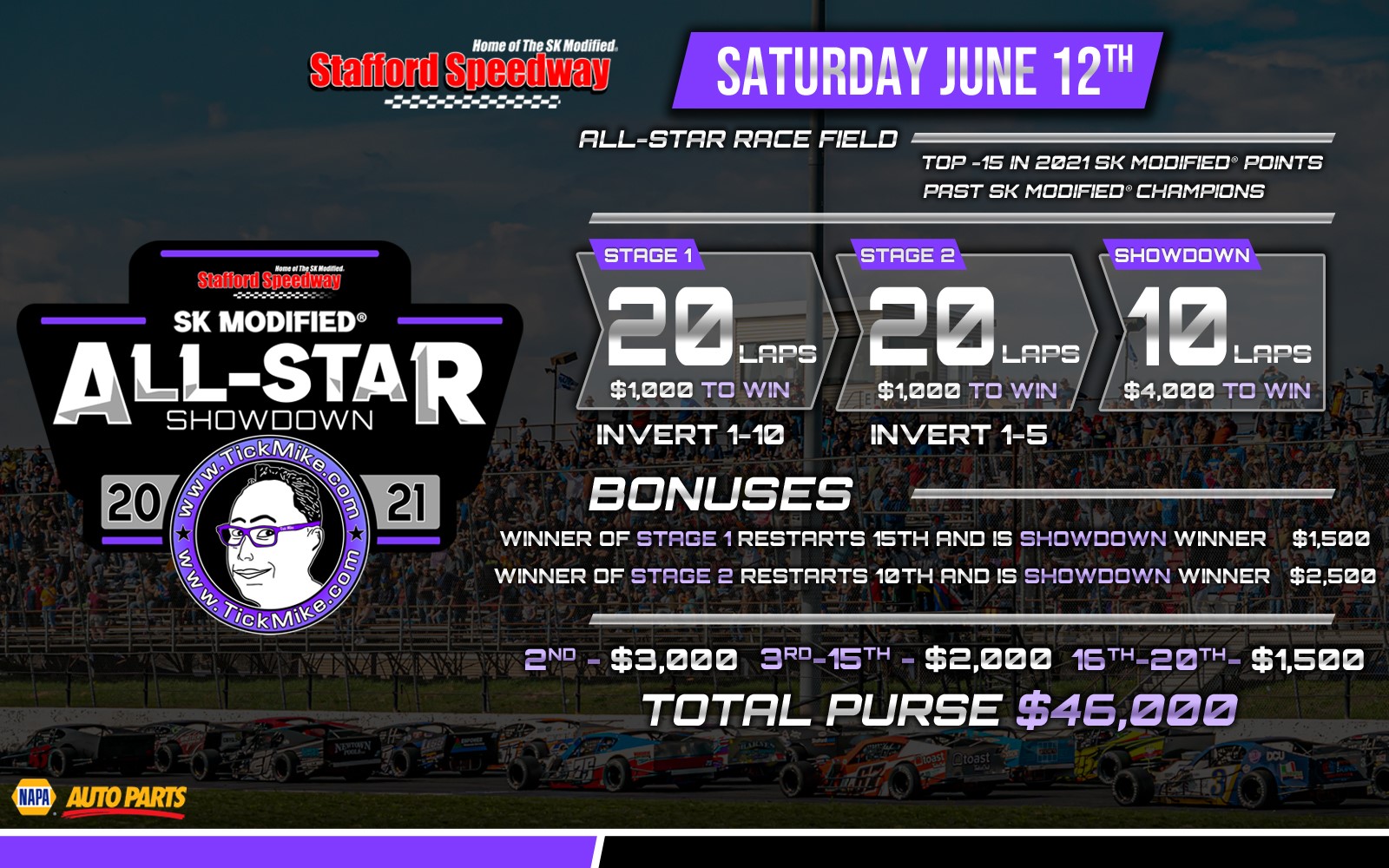 “It’s going to be tough to do with the format because as anyone can see on any regular Friday night, it’s tough to go anywhere in 10 or 20 laps in an SK race,” said Christopher.  “But when they dangle that kind of dough in front of you, hopefully we can be good enough to be a contender to win the race. Guys are so close these days, you’re looking to pick up hundredths of a second and not tenths of a second.”

In addition to his driving duties in the TickMike.com SK Modified® All-Star Showdown, Christopher will have additional responsibilities at the June 12th event, stay tuned for a special announcement next week involving Christopher and the SRX Series.