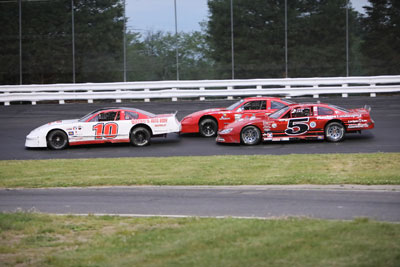 (Stafford Springs, CT)—Stafford Speedway’s Late Model division will take center stage this Friday night, September 3rd with the running of the Paradiso Insurance Late Model 50.  Wayne Coury, Jr., driver of the #10 Wayne’s Auto Body Chevrolet, will be out for redemption in this year’s edition of the extra distance event as he started 6th and led from lap-5 to lap-19 before a flat tire ruined his chances at victory in last year’s Late Model 50.

“Last year was really disappointing because we got a flat tire while we were leading,” said Coury.  “I’m definitely looking for some redemption this year.  We ended up a lap down and finished 14th, but we got back to as high as third on the track during the race, so we had a really solid run.  The longer distance races are usually pretty good for us so I’m looking forward to the race.” 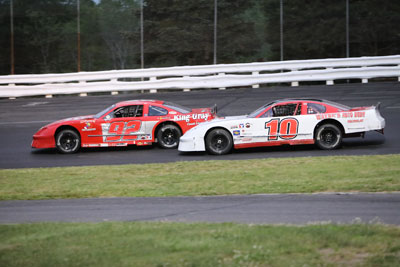 Overall, the 2021 season has been a year filled with ups and downs for Coury.  Coury has notched 7 top-5 finishes this season, including a win back on June 18, and 10 top-10 finishes, but he has also suffered 5 finishes outside of the top-10 due to a combination of mechanical issues and bad luck, which has made for a frustrating season.

“At this point of the season I was hoping to be in contention for the championship based on our speed and the amount of top-5 finishes that we’ve had but the bad nights have really killed us,” said Coury.  “A lot of it has been stuff that’s been out of our control.  We’ve had a few weeks with some tire issues and there are things that we probably could have done better, but ultimately it’s very frustrating when things like a fuel pump takes you out of contention.  But that’s racing and those things happen to everyone, it just happened to us a little more than we would have wanted this season.” 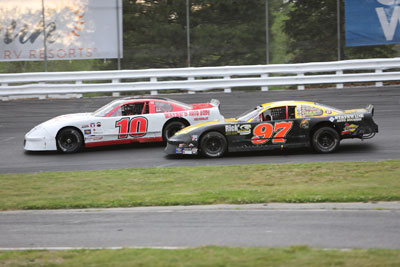 Looking back at Coury’s career numbers in 50-lap races at Stafford should give the Fairfield, CT native good reason to be optimistic about his chances in the Paradiso Insurance Late Model 50.  Coury finished 4th in 2016, 3rd in 2017, 6th in 2018, and he was leading the race last season before having his chances at winning felled by a flat tire.

“I think we have a shot at winning the race,” said Coury.  “The car has been handling pretty well the last couple weeks and we’ve found some things on the car this week in the shop that should help make it better.  We haven’t won an extra distance race yet, but we’d love to add the 50-lapper to our results page for this season.  A win in the 50-lapper would definitely salvage any disappointment we’ve had this season and make us forget about the frustrations of 2021.”

Coury has 4 career Late Model wins at Stafford and he has won a race in each of the last 3 seasons, but he knows that winning the Paradiso Insurance Late Model 50 will be a tall task with the entire division bringing their A-games to the biggest Late Model race of the season. 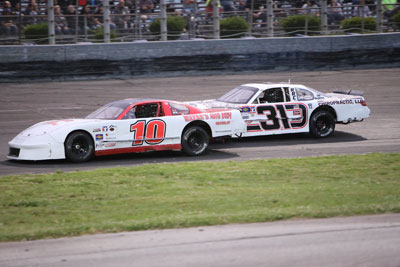 “The competition is very stiff this year with 6 or 7 cars that can win on any given night,” said Coury.  “It’s been really interesting to see certain guys that you pass them one week and then the next week that same guy is passing you.  Things have really tightened up this year so the key will be to hit the setup correctly and make sure you’re there for the end of the race.  Our car tends to stay pretty consistent and in a lot of cases it comes in towards the end of races so we’re not going to change much in our preparation for the 50-lapper and hopefully that will play to our strengths.  Between my father and the whole crew, Wayne’s Auto Body, and our engine builder Pete from Valley Auto Machine, he’s at the races with us every week helping us tweak and fine tune, big thanks to all the guys who have been picking up the slack every week for me.”

Stafford’s SK Modified®, SK Light, Limited Late Model, and Street Stock divisions will join the Late Models in feature action as part of the Paradiso Insurance Late Model 50 festivities.  Tickets for the Paradiso Insurance Late Model 50 are available now online at StaffordSpeedway.com/tickets and tickets will also be available for purchase at the admission gates.  Tickets are priced at $23.00 for adults, $5.00 for kids 6-14, and free for kids 5 & under.  Reserved seating is priced at $28.00 for all ages and pit passes are $40.00 with a valid 2021 Stafford Competition License and $45.00 without a Stafford license.  If you are unable to attend the event, tune into the live stream on FloRacing, the official streaming partner of Stafford Speedway.