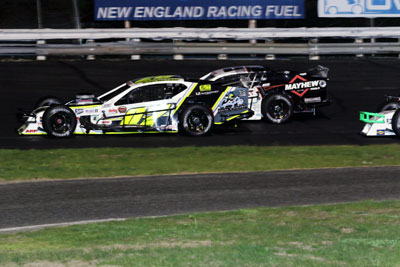 (Stafford Springs, CT)—With the return of the Whelen Modified Tour to Stafford this Friday, August 6 for the GAF Roofing 150, perhaps no driver is more looking forward to the race than Patrick Emerling.  The Buffalo, NY native won the NAPA Spring Sizzler back on April 30 and he won the most recent WMT race in Lancaster, NY this past weekend.  Emerling is looking forward to returning to Stafford with his #07 Captain Pip’s Marina Chevrolet and he thinks he can make it not only two in a row at Stafford, but two in a row on the Tour as well.

“We’re looking forward to Stafford,” said Emerling.  “I feel like winning the Sizzler and then winning last week at Lancaster we do have some strong momentum and confidence coming into Stafford and that’s something we’re looking to take advantage of.  There’s a lot of guys on the Tour who are really good at Stafford so it’s going to come down to having a fast car and everyone on the team being on their A-game.  Thanks to our sponsors Captain Pip’s Marina and Emerling Ford and Dodge and our plan is to win the race.” 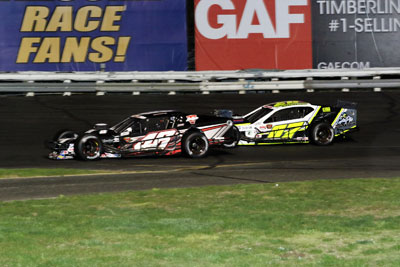 Emerling is in the midst of the best Whelen Modified Tour season of his career.  Emerling comes into Stafford sitting second in the points standings, only 6 points behind defending and 2-time WMT Champion Justin Bonsignore.  With 2 of the final 6 WMT races of the 2021 season, including the season finale, to be held at Stafford, Emerling knows he has to get good finishes at the Connecticut half-mile to stay in championship contention.

“I would say so far this has been my best season,” said Emerling.  “We have 2 wins so far this year and finally things seem to be clicking for us.  We’ve been pretty consistent this season.  We’ve had 1 bad race at Loudon (13th), but that wasn’t a performance thing, it was a strategy gamble that didn’t pay off for us.  We’re working on keeping up our consistency and being fast every week because the 51 [Justin Bonsignore] team are fast everywhere and they don’t miss a beat and the 10 [Doug Coby] team is also very quick.  We’ve been able to finish in front of the 51 guys a couple of times this season, but they’re very tough to beat on the track.  Getting good finishes at Stafford is going to be huge.  Usually the grip level at Stafford varies quite a bit later on in the season.  That’s something that we’ll be looking to adjust to for sure during practice to get a good baseline for the race.  We’ll be doing our homework and putting our best foot forward when we come to Stafford.” 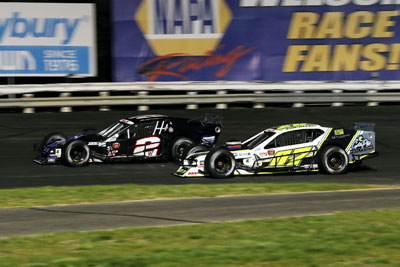 For Emerling and the #07 team, a good finish will get started with a strong qualifying effort.  Emerling encountered an engine issue back in April during qualifying for the NAPA Spring Sizzler, which left him 23rd on the grid.

“We had an engine problem in qualifying so we ended up starting the Sizzler scratch on the field after we came back in and fixed the motor up,” said Emerling.  “For sure we should be better in qualifying this time around.  We’ll be working hard on qualifying up front so we can make the race a little easier on ourselves.”

Emerling and the #07 team will also have several different strategies in mind to deploy, depending on how the GAF Roofing 150 plays out. 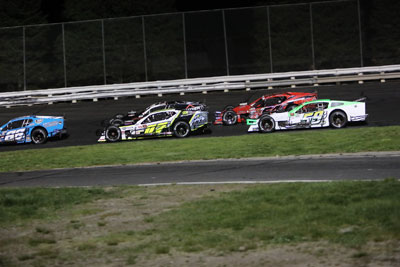 “Stafford is usually a track position race and we were a lap down in the Sizzler at one point so we ended up changing our strategy around which really worked out for us with the way the race played out with the rain coming when it did,” continued Emerling.  “Even if it didn’t rain at the Sizzler, I think we would have been in really good shape with having fresh tires on the car.  We’ll need to have the right strategy to keep ourselves up front all race long.  You always try to go into the race with several game plans in place because you never know just how the race will play out.”

The 30th Annual GAF Roofing 150 is scheduled for this Friday, August 6.  Stafford’s SK Modified®, Late Model, SK Light, Limited Late Model, and Street Stock divisions will join the Whelen Modified Tour in feature action.  Tickets for the GAF Roofing 150 are available now online at StaffordSpeedway.com/tickets and tickets will also be available for purchase at the admission gates.  Tickets for the GAF Roofing 150 are $40.00 for adults, $10.00 for kids 6-14, and free for kids 5 & under.  Reserved seating is priced at $45.00 for all ages and pit passes are $50.00 with a valid 2021 Stafford Competition License and $55.00 without a Stafford license.  If you are unable to attend the event, tune into the live stream on FloRacing, the official streaming partner of Stafford Speedway.