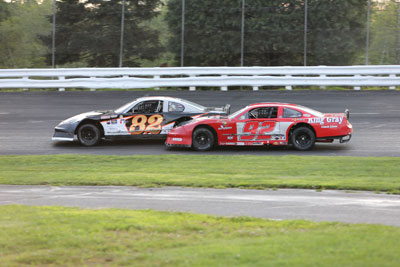 (Stafford Springs, CT)—Over a nearly 30 year career at Stafford Speedway, Tom Fearn has become one of the track’s winningest drivers with 74 career wins.  Fearn is the winningest driver in 2 different divisions at Stafford, with 57 wins in the Late Model division and 17 wins in the ProStock division.  Fearn’s 74 career wins ranks fourth on the all-time list and places him behind Ted Christopher with 131 wins, and currently active drivers Woody Pitkat with 78 wins and Keith Rocco with 76 wins.  Despite all of Fearn’s wins over the years, he has yet to win an extra distance race outside of a pair of 32-lap Late Model races in 2013 and 2016.  Fearn will look to change that fact in this Friday night’s Paradiso Insurance Late Model 50 by taking his #92 King Gray Coach Lines Chevrolet to NAPA Victory Lane. 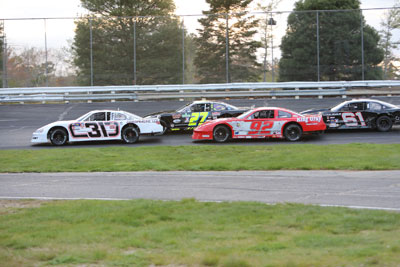 “I don’t mind the longer races even if I haven’t won one of them yet,” said Fearn.  “I remember finishing second right on Ricky Fuller’s back bumper in the ProStock 100 one year, so we’ve been close but we haven’t been able to seal the deal.  We’re hoping the weather will be a little cooler this Friday night and with the race being 50 laps, hopefully everyone will use a little more patience.  There’s always a chance to fill that check mark.”

The 2021 season has been a season of highs and lows for Fearn.  Fearn scored his lone feature win of the season thus far back on May 14 and he has recorded 7 top-5 and 10 top-10 finishes, but he also has five finishes of 12th or worse this season.  Following a winless season in 2020, Fearn and his team have struggled to maintain the dominance that saw them win 40 races and 3 track championships from 2015-2019 in the Late Model division. 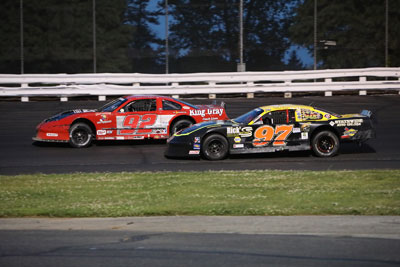 “I wish I knew what we were missing,” said Fearn with a laugh.  “We’ve been all through the car but I just can’t seem to get the the feel I want in the car.  Things have changed over the years with the track and the tires and maybe it’s just not suiting my style right now.  Everyone else has probably caught up so we don’t have the edge we had before but we’re trying different things with the car and hopefully we’ll click on something that works.  It’s the way things go in racing.  You find something that makes you go better and then the next thing you know, everyone else has caught up to you and you have to look for something new to be better.  At least we didn’t go winless this season, that was a tough one to swallow last year.”

With only 4 races left on the 2021 schedule, Fearn currently sits in 7th place in the points standings.  He will be looking to not only add his first extra distance victory to his impressive Stafford resume, but to close out the season on a high note and build some positive momentum for the off-season months. 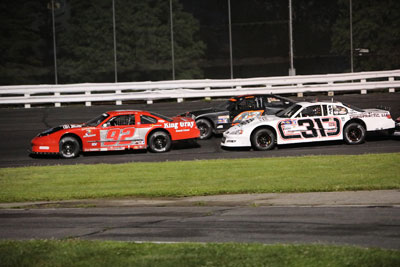 “Definitely a win would check off the extra distance box for me and it would set ourselves up to finish the season out strong,” said Fearn.  “It would also give us some enthusiasm heading into next season.  Winning races always boosts the team morale so it would be great to get another win this season.  We’ve been close this year but it seems like we’re just missing that little extra something that will give us the edge we need.  It’s been a little rough at times and we’ve had some ups and downs but we’re looking to finish off 50 laps with a good finish and then try to keep that up for the rest of the season.”

While Fearn and his #92 team will be adjusting their car for different climatic conditions for this Friday’s Paradiso Insurance Late Model 50, the basic setup won’t vary much from their normal preparation. 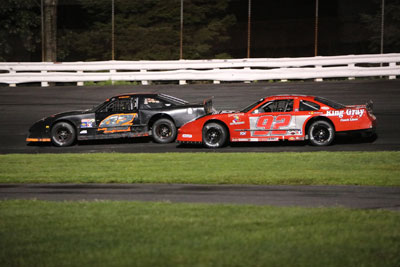 “The car setup varies from week to week with the weather and the track changing but our setup will be pretty much the same,” said Fearn.  “We’ll make sure our maintenance is up to par for the 50 lapper because we don’t want to have any mechanical failures and our goal will be to have a clean race and be in the right position at the right time for the end of the race. Everyone is so close in the Late Model division all it takes would be one lucky break to go our way.”

Stafford’s SK Modified®, SK Light, Limited Late Model, and Street Stock divisions will join the Late Models in feature action as part of the Paradiso Insurance Late Model 50 festivities.  Tickets for the Paradiso Insurance Late Model 50 are available now online at StaffordSpeedway.com/tickets and tickets will also be available for purchase at the admission gates.  Tickets are priced at $23.00 for adults, $5.00 for kids 6-14, and free for kids 5 & under.  Reserved seating is priced at $28.00 for all ages and pit passes are $40.00 with a valid 2021 Stafford Competition License and $45.00 without a Stafford license.  If you are unable to attend the event, tune into the live stream on FloRacing, the official streaming partner of Stafford Speedway.