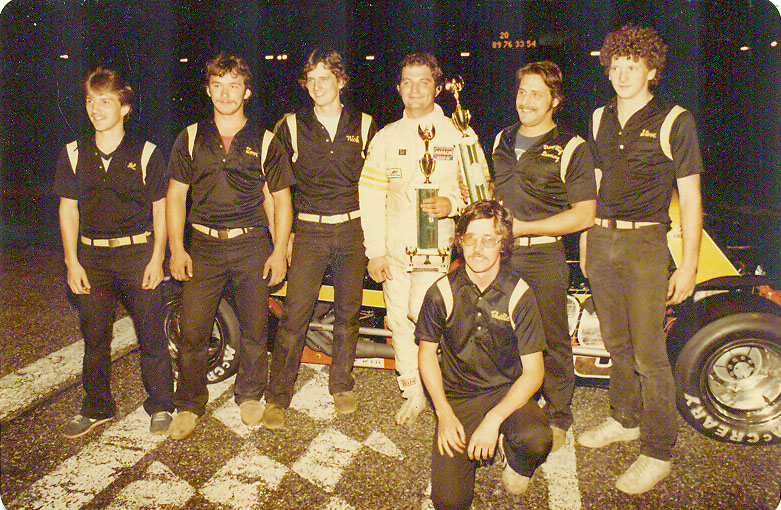 Gunning’s SK Modified® championships are unique in that they came in 3 different decades (1983, 1998, 2002) while driving for 3 different car owners (Danny Civitello-1983, Pete Simonson & Bob Sanstrom-1998, Ed Partridge-2002).  Gunning recorded a total of 47 career SK Modified® feature wins at Stafford with his first coming in 1983 and his last in 2008.  Gunning’s 47 wins were second on the all-time SK Modified® winners list behind Ted Christopher until he was surpassed by Keith Rocco in 2018 and his 47 career wins still ranks seventh on Stafford’s All-Time Feature Winners List.  With such a rich history behind him, Gunning is looking forward to rejoining the SK Modified® ranks, even if only for one night.

“I always look forward to racing at Stafford,” said Gunning.  “Our main thing is we’re coming to have fun.  Mark [Webb] came up to me last year and asked me if I still had a race left in me.  I told him I didn’t have a full season but I definitely had one more race in me.  We talked about things before this season got started and now it’s become a reality.  The only sad part is I’d like to race against Teddy [Christopher] one more time but that can’t happen.  The common deal with us was we always wanted to beat the other guy.  If one of us finished third as long as the other guy finished fourth or if one us finished 10th and the other guy finished 11th, it was all about beating one another.” 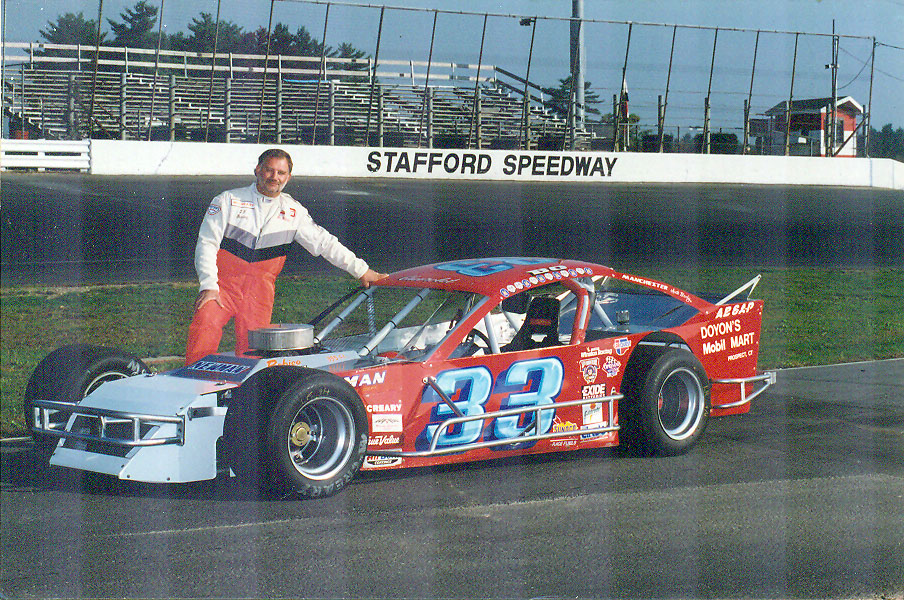 Gunning has over 20 years of experience that he can rely upon as he works to get a feel of how his #8 car will handle Stafford’s four turns.

“I haven’t raced in probably 4 years but I’ve been around Stafford enough times,” said Gunning.  “I lay in bed at night and I think about what kind of moves I can make to make a bad car into a good car.  There’s always some doubt but if we have a good car we should be ok.  The only disadvantage I’ll have is those guys have been racing for the last couple years where I’m coming in blind.”

Gunning has already had some setup discussions with current SK Modified® driver Chase Dowling, whose father Mark was a crew member for Gunning back in the day.

“I talked to Chase Dowling the other day and got some setup tips from him so that’s where we’ll start out with the car and see where we go from there,” said Gunning.  “We’re planning on coming up Friday night to get some practice laps and we might run at the back of the feature to get some more laps.  Chase told me that I’ve been around Stafford enough times where if the car is good enough I should be fine.  I’m really looking forward to just the excitement of walking into the track knowing you’re going to be racing.” 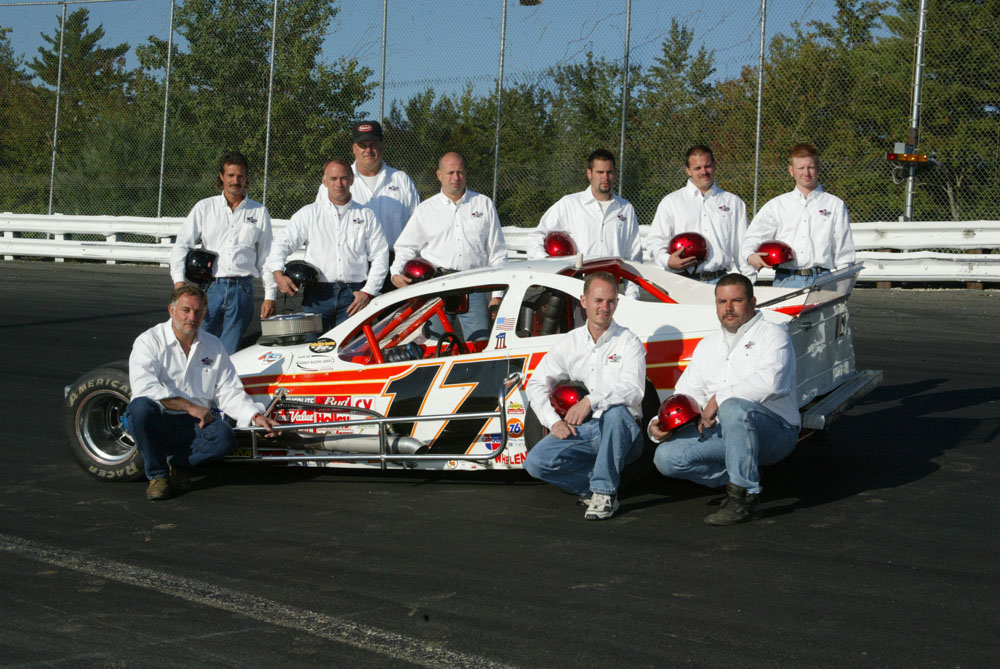 Gunning has always been a driver that will push the car as hard as it can go in order to win but for the TickMike.com SK Modified® All-Star Shootout, Gunning says that he will be happy with a top-5 finish.  Gunning is also prepared to work overnight Friday on the #8 car if he feels like his setup isn’t good enough when he takes it out for practice this Friday night.

“I’m not going to say we can win the race but I think if the car is good enough, I’d like to get a top-5 finish,” said Gunning.  “A couple years ago we came to the Sizzler and I won the heat race and I had to beat Teddy [Christopher] to win that heat race.  I was running third on the final lap of the feature when I messed up and spun the car out but I wasn’t there to finish third that day, I was there to win.  If the car isn’t good enough on Friday, I’ve already told the guys we’re going to take the car back to the shop and work on it all night Friday to get it good for Saturday.”

While Gunning will be at somewhat of a disadvantage to the SK Modified® regulars after having not driven a car in 4 years, he might have an ace up his sleeve in the fact that SK Modified® car setups have returned to a style that he is well familiar with from his earlier days of SK Modified® competition. 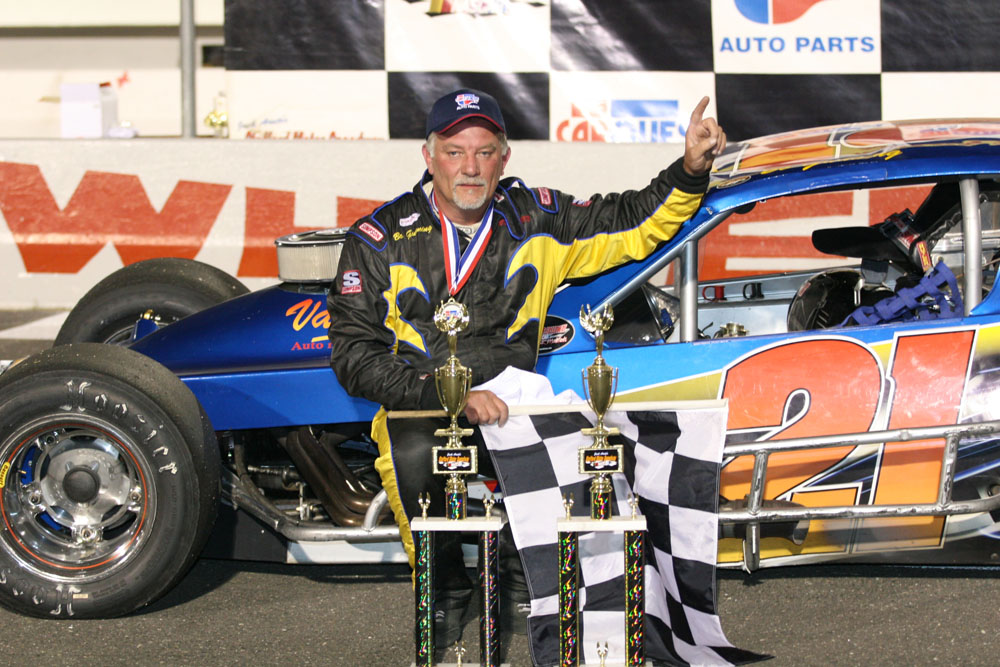 “The most important thing at Stafford is to get through the middle of the corner so you can get down the straightaway,” said Gunning.  “I was talking with Chase Dowling about shocks and springs and things like that and the setups are back to like we had them back in the late ‘80’s or early ‘90’s.  Stafford paved the track in 1998 and those setups went away because there was so much grip in the track but that was 23 years ago and now the grip is gone again.  You have to make the car grip the track with heavy springs and that’s just what I like in the car.  Stafford also probably has 10 different grooves you can run to make a tight car loose or make a loose car tight.  That’s something that I figured out early on and it’s benefitted me over the years.”

An event schedule and additional event information for the TickMike.com SK Modified® All-Star Shootout as well as the SRX Racing Series is available at staffordspeedway.com/srx.  Tickets for the Inaugural SRX Racing event presented by TickMike.com are sold out.  Tickets for Friday’s Twisted Tea Open Modified 80 are available at staffordspeedway.com/tickets.