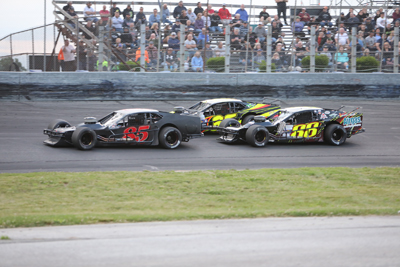 (Stafford Springs, CT)—Over the past 6 seasons, whenever mentioning heavy hitters in Stafford Speedway’s premier SK Modified® division, Tyler Hines wasn’t a name that came to the forefront.  But after changing cars over the off season, Hines and the #85 TickMike.com team have firmly established themselves as one of those heavy hitters.  Hines kicked off the 2021 season with a victory in the season opening race, which was his first career SK Modified® win.  He has followed that up with a second win and 7 top-5 finishes in the first 10 races which eclipses his career total of 6 top-5 finishes.

“Tick Mike had been a sponsor of mine for a while and this deal came about in the off season that he gave me an opportunity in some really good equipment to see what I could do,” said Hines.  “It was a great opportunity for me to step into a great race car and have some really good people around me.  We rented the track early on and we had speed right out of the gate, which was very reassuring for the opening weekend.  We built this car from scratch so to have the speed we had in that first test, it was very exciting to see all our hard work had paid off.  Everyone on the team had big smiles when we were finished with that test.”

Rather than be surprised, Hines is excited at the newfound level of competitiveness that he and the #85 team have hit on. 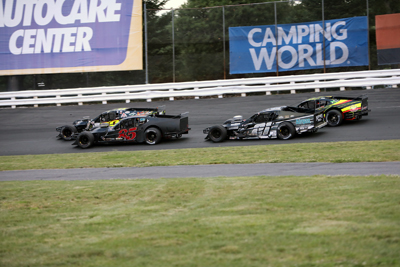 “I don’t know if I would say we have been surprised but I’m more excited with how well we’ve run and I’m confident to know that every week I come to the track I have a piece that is fast and can contend up front every Friday night,” said Hines.  “I think we’ve proven that we’re one of the top teams this season for sure.  I have to thank all the sponsors, Tick Mike, Champs Boxing of Danbury, Wheelers Automotive, K & T Landscaping, Keith Rocco Racing, Mike Pettit for the great horsepower, Troyer Chassis, the entire crew, my family, the Meyhofer family, and everyone who helps make this possible week in and week out.”

With Hines now a championship contender with 2 wins and a division leading 7 top-5 finishes, he is looking to add another victory in the Dunleavy’s Modifiedz Night feature event to not only aid in his championship chase, but to take home some extra cash as well from the Dunleavy’s Gamblers Challenge.  Currently the challenge stands at $4,200 and will be won by either the 1st, 2nd, 3rd, 7th, or 11th place finisher, depending on which position gets drawn from Dunleavy’s Pick of the Hat in NAPA Victory Lane this Friday night. 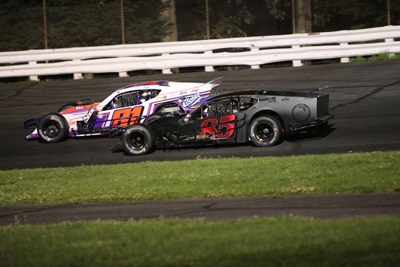 “I feel really good about our chances this Friday,” said Hines.  “I know the car is fast and I know last Friday, if we weren’t the fastest car on the track, we were one of the fastest cars in the field even with old tires on the car.  Every time I get into victory lane it makes me hungrier for the next opportunity and I really think we’ll be competing for the win this Friday night.  These big races always bring out a playoff-like atmosphere where everyone is more hungry to win because there’s more money on the line and there’s more pride in winning the big races.  To win at Stafford is big in itself and then when you have someone like Doug Dunleavy adding more money, it just brings the race to a whole new level.”

There is no feeling better for a driver than to win a race and with Hines now in his 7th season of SK Modified® competition, his first career win back on April 24 erased any doubts he had about himself or his ability to be a top notch performer in the SK Modified® division.

“It was unbelievable, nothing can describe that feeling,” said Hines.  “You work so hard year in and year out to be fast and that’s not to say we didn’t work hard in years past, but the results just weren’t there.  We finally saw our hard work pay off and any sense of doubt from anyone went away that I couldn’t get it done as a driver and it was a bit of a relief to show to everyone as well as myself that I can compete up front.  To be able to follow that first win up with finishing up front week after week for the most part shows that it wasn’t a fluke. 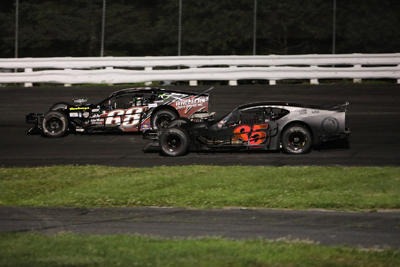 The main goal for Hines and the #85 team over the second half of the 2021 season is to maintain their high level of performance and be in the mix of the championship hunt for the final race, NAPA Championship Night on October 1st.

“Racing is like any other sport and I would say it’s most like golf in the fact that racing is all about mental strength because there’s a lot of ups and downs in racing.  You have to be strong as a driver and believe in yourself that you can do something.  I never gave up because I have a no quit attitude and so does our team but it is reassuring when you actually prove you can get the job done.  This has definitely been my best season in the SK Modifieds®.  When I was racing go karts and the SK Lights, I always had a fast car, I was always running up front, and we were always a threat to win.  It’s nice to be back to that point as a team but the season is only half over and I don’t want to jinx myself.  We still have a long way to go and we have some long term goals we still want to reach.” 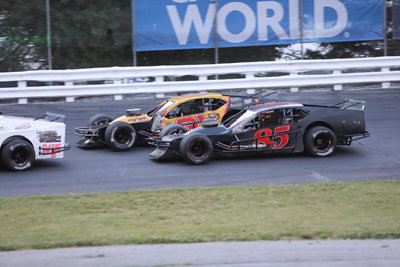