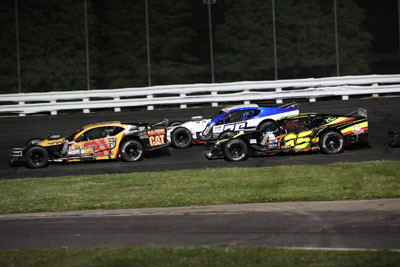 (Stafford Springs, CT)—After running a partial 5-race SK Modified® schedule in 2020 in order to maintain his rookie driver status, Noah Korner made the full-time move into the division for the 2021 season.  The driver of the #31 Midstate Site Development Chevrolet drove to 5 top-5 and 8 top-10 finishes with a season best finish of second on August 20th and October 1st to finish the season 10th in the SK Modified® standings and claim NAPA Auto Parts SK Modified® Rookie of the Year honors.

“Having to overcome a broken hand during the season, it was pretty cool how everything played out for us,” said Korner.  “I’d say the season was maybe a 6 or 7 out of a 10 for us.  We were hot and cold all year long and then towards the end of the year we started to get things figured out.  I have to thank the whole crew, my Dad is the rock behind everything, Midstate Site Development, Grillo Services, H.O. Penn, JVIII Construction, Keith Rocco was a massive help to us this year with car setups, all the Stafford contingency partners, NAPA, and everyone who was behind me, I couldn’t have done this without all their support.” 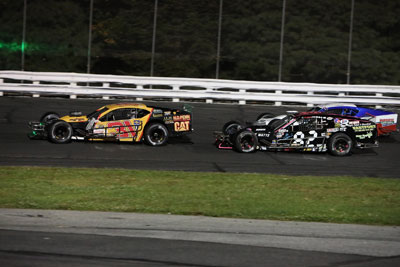 Korner made the move to the SK Modified® division this season with a Legends Car championship at Stafford in 2016 and 2 SK Light wins during the 2019 season to his credit.  Korner’s rookie season got off to a quick start with 3 consecutive top-10 finishes after opening the season with a 16th place finish.  But a wreck on May 21st left him with a broken hand, which would handicap his driving ability for the majority of the season.

“Not only was I unable to shift during races, if the car got a little bit sideways I wasn’t able to correct it,” said Korner.  “There were a couple of times where I just spun the car out because if I tried correcting the car to the right, it would either work or I’d hook the car into the fence and it’s a lot cheaper to just clean off the nose tin than to have to put a new front clip on the car.  Without a doubt it got frustrating.  When you’re an impatient person having to wait on your hand to heal, time was not my friend.” 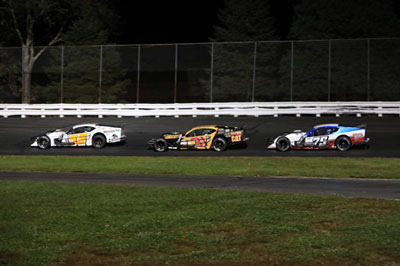 In addition to his broken hand, Korner had a hard time finding crew help.  But once he got a couple of extra crew members, his car’s performance began to bring him towards the front of the SK Modified® field.

“The biggest thing for us was finding people to help us work on and maintain the car,” said Korner.  “If you look around the pits, you see everyone with a full crew but most Friday’s it was just me, my Dad, and my brother.  Joey Ferrigno ended up helping us out and a couple of his guys, John and Jay, also started helping us out and once we had the extra help, the world was our oyster.”

While Korner struggled to post good results for most of the summer, he was able to close out the year with two second place finishes and a a fifth place finish over the final 6 races to give him and the #31 team some positive momentum going into the off-season. 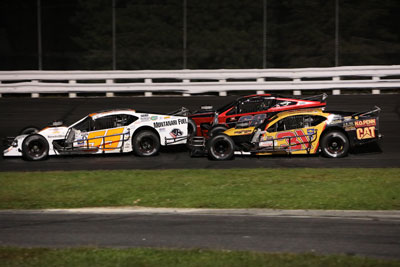 “Given the year we had, we were pumped to get two second place finishes,” said Korner.  “When you put in the time and effort, it’s very satisfying to get some good finishes.  We were real close to a win in the last race and that’s all good motivation for next season.  After watching all the replays, it just makes me that much more excited and motivated for next season knowing how close we were to winning.  To see that we were able to compete at the top level at Stafford gives us a lot of confidence going into next season.”

With the Rookie of the Year title in hand and two top-5 finishes to close out the year, Korner is looking forward to getting back on track in 2022. 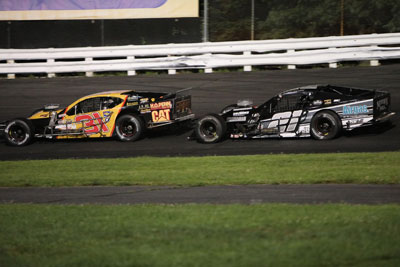 “I want to be a consistent contender and show everyone that we’re in it to win it next season,” said Korner.  “The biggest thing for us will be to keep the car clean and hopefully I won’t break my hand during the season.  Other than that, we’re pumped for 2022.  We didn’t upset too many people this year and we have a great group of guys so it’s going to be hammer down for next season.  All things considered, 2021 went the best it possibly could for us.”