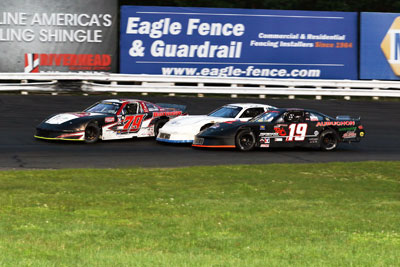 “We’ve been doing fairly well this season,” said Bennett.  “We’ve had a few hiccups along the way but with 20 or so races on the schedule with 20+ cars in the field every week, you can’t expect every race to go well.  Our biggest goal for this season was to win a race because we hadn’t won a race in a while.  We were able to get 2 wins right out of the gate and then we had 3 wins after the first 5 races.  Things were looking pretty good and not that we got complacent, but we had some things happen to us in some races.  After we hit our goal of winning a race early in the season, we want to win as many remaining races as we can and try to race for the championship.” 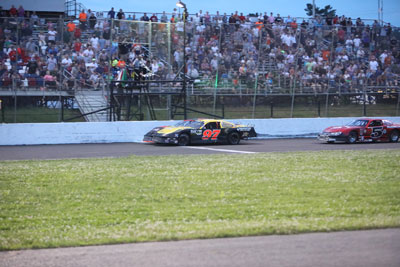 “It’s been an up and down season for us,” said Gray.  “We haven’t had luck on our side like we’ve had in years past but we’re making the best of it and we’re going out to win races and have fun.  We’ve had 2 real bad nights and we’ve had some crummy luck with things like getting a restart on the outside late in a race and getting shuffled backwards.  It’s been a lot of either right place, right time, or wrong place wrong time for us.”

“It’s been a good season for us, but I wish we had a few more wins,” said Wray.  “We’ve had a few races get away from us this season.  At the Sizzler we had a really big lead and a late caution came out and we had just taken the lead in another race when we had a parts failure so it’s been good but we’d like to have more wins.” 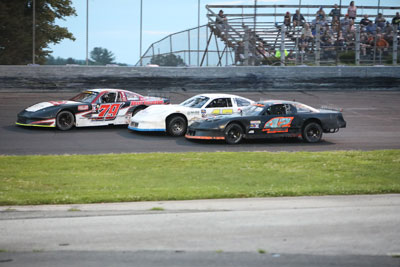 To illustrate just how tight the championship race has been this season in the Late Model division, Bennett, Gray, and Wray have each taken turns leading the standings throughout the course of the 2021 season.  The largest point lead of the season belongs to Gray, who was 18 points in the lead following the July 30 feature event.  With Bennett and Gray having won Late Model championships in years past while Wray is still seeking his first track championship, all 3 drivers agree that any advantage is in the experience department.

“I don’t think there’s any advantage,” said Bennett.  “Adam and I were both in Michael’s shoes at one point going for our first championship.  There’s nothing special Michael, Adam, or myself can do, we all just have to go out and race.  I think we all have a good handle on our racecars and we all need a break to go our way in order to win the championship.”

“Honestly I think any advantage for us is I’ve won championships in the past and now we’re going for our fourth championship,” said Gray.  “I’ve been there and done that and if you let the stress get to you that can really mess you up.  Your mind is a powerful thing and you can really mess with yourself worrying about points.”

“They both know what it feels like to win a championship and they’ve both been there before,” said Wray.  “At the end of the day this is a new season and I’d take my team over anyone else’s team every day of the week.  “They might have the experience but we have the hunger.  We’ve been coming to Stafford for a long time now and we’re looking to close the deal.” 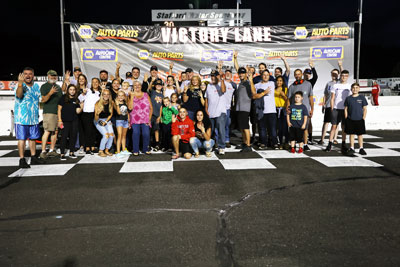 After 14 races and 420 laps of competition, the trio of Bennett, Gray, and Wray head into the final 5 races of the 2021 season with each of them focused solely on going to the front and winning races rather than worrying about points.  All 3 drivers head into the final 5 races with momentum on their side as Bennett won the August 20 feature event, Wray scored his lone feature win thus far on August 13, and Gray is riding a streak of 2 consecutive podium finishes.

“We’re going to keep the same approach we’ve had all year long and try to put ourselves in position to win races,” said Bennett.  “We really can’t worry about points until the last race and if we’re not in position to win the championship at the last race, then it doesn’t really matter.  With 5 races to go we’re looking to keep on having strong runs and keep on doing what we’ve been doing.  We know we’re racing for a championship but that can all be taken away with one bad race so we might as well not even worry about points.  I’m more looking forward to the Paradiso Insurance 50-lapper next week than the championship because we usually run really well in the 50-lap races.” 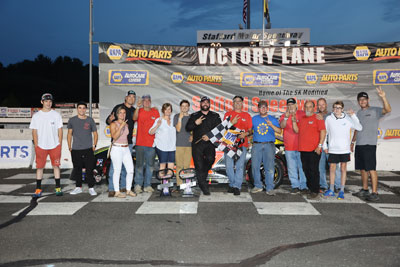 “My mindset is the same for every race and that’s to go to the front, win races, and have fun,” said Gray.  “That’s going to be my mindset for these last 5 races.  Our main goal for the remainder of the season is to stay consistent and try to win races.”

“Our win definitely gives us some momentum, but those other two guys also have a lot of momentum,” said Wray.  “Bennett won last week and Adam has several podium finishes in a row so we just need to try to keep on winning races.  That’s all we can do and we’ll have to see where we go from there.  We’re all so close together and if you look at the end of every race, we’re all usually right around or in the top-5 so riding around worrying about points is not going to be the way to get the job done.” 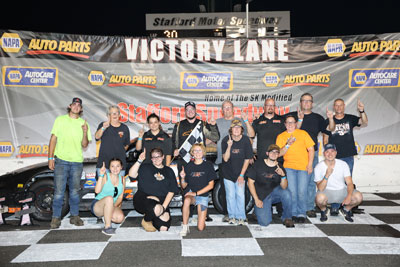 The race for the 2021 championship continues this Friday night, August 27 with the Back to SKool Kids Night event.  Stafford’s SK Modified®, SK Light, Limited Late Model, and Street Stock divisions will join the Late Models in feature action with a Kids Big Wheel race also part of the Kids Night festivities.  Tickets for the Back to SKool Kids Night are available now online at StaffordSpeedway.com/tickets and tickets will also be available for purchase at the admission gates.  Tickets for the Back to SKool Kids Night are $20.00 for adults with all kids ages 14 & under admitted free of charge.  Reserved seating is priced at $25.00 for all ages and pit passes are $35.00 with a valid 2021 Stafford Competition License and $40.00 without a Stafford license.  If you are unable to attend the event, tune into the live stream on FloRacing, the official streaming partner of Stafford Speedway.