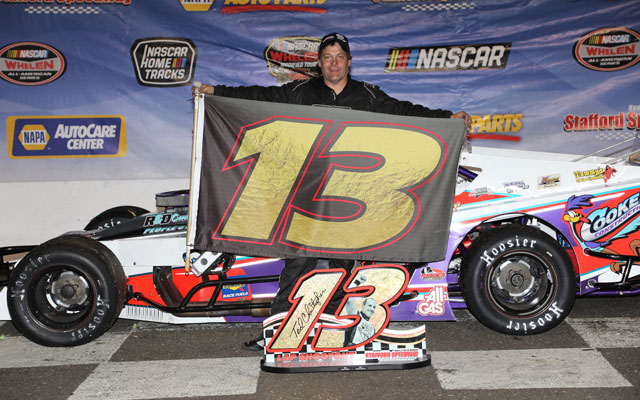 (Stafford Springs, CT)—After winning the TC 13 Shoot Out last season, Stafford Speedway SK Modified® driver Todd Owen finds himself in a prime position to win the race again this season and become the first repeat winner of the Ted Christopher tribute race.  The driver of the #81 Cooker Construction Chevrolet has enjoyed a stellar 2021 season, winning 2 races and leading all SK Modified® drivers with 13 top-5 and 16 top-10 finishes.  With 16 SK Modified® wins and 27 overall wins at Stafford, Owen is familiar with reaching NAPA Victory Lane but winning the TC 13 Shoot Out carries extra special meaning to the Somers, CT native.

“To win it a second time would be great, it was pretty awesome to win it last year,” said Owen.  “Not that we ever forget Ted but it’s an extra special night to remember him because he was such a big part of Stafford and SK racing.  It’s pretty awesome to see that everyone tries really hard to win that race.  Winning this race would mean that we have a fast car and the most important thing to me is to have a good car week in and week out.” 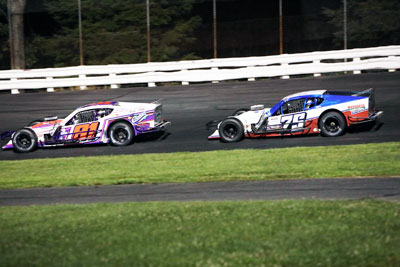 In order to participate in the 13-car TC 13 Shoot Out, Owen must first finish in the top-13 in the regularly scheduled 40-lap SK Modified® feature event.  Owen’s worst finish of the 2021 season to date is an 11th place finish back on June 11, but he is taking nothing for granted as anything can happen on the track.

Owen will head into September 10th as the SK Modified® points leader, holding a 20-point advantage over Stephen Kopcik.  The two drivers have been at the top of the standings for the majority of the season, with Owen leading the standings early in the season before Kopcik took over the lead in June and July.  Owen found himself back at the top of the standings following back to back wins on July 30 and August 6.  The two championship protagonists have more often than not found themselves separated by only a position or two in race finishes the last several weeks, making it hard for either driver to take control of the championship race.  With such little separation between the two drivers, Owen knows he can’t afford to take his foot off the gas over the final three races of the season. 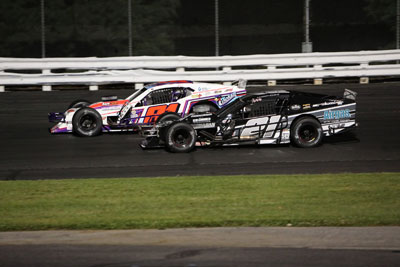 “Steven [Kopcik] doesn’t let you ease up, you have to go for wins,” said Owen.  “If we can win the next three races we’ll probably win the championship so that’s how we have to approach it.  I don’t know the exact number of podium finishes we’ve each had, but we’ve been looking at each other quite a bit lately on the podium.  We know he’s going to be good so we just have to keep on doing what we’ve been doing.  You look back and in 17 starts we’ve had 13 top-5 finishes this season so it’s been an incredible year.  In most years, numbers like that would probably have you leading by 100 points, but this year there’s someone doing just as good of a job, if not a better job than I am.  If we can keep on doing what we’ve been doing, the points will hopefully take care of themselves.  It’s definitely going to be close.”

A major step for Owen to maintain the lead in the SK Modified® standings would be to secure his third win of 2021 in the 40-lap SK Modified® feature.  A victory would transfer him into the TC 13 Shoot Out starting lineup in the best possible fashion and help give him and his #81 team a boost going into the final 2 races. 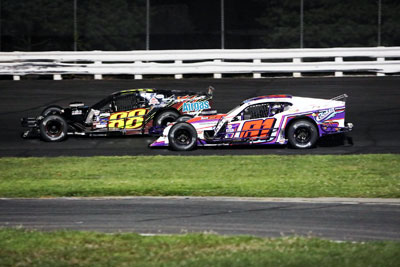 “It would be awesome to come out of Friday night with a win or at least if we can gain 2 points on Stephen, it would be a good feeling to know we gained points,” said Owen.  “It’s been within 2 or 4 points a night for a while now so it’s been tough to get any separation in the standings and a win would definitely make things more comfortable for us for the last couple races.  You don’t necessarily have to win races, the number one thing is to keep on finishing races so we can keep in the hunt.”

The TC 13 SK Modified® Shootout and 40-lap SK Modified® feature will be paired with Stafford’s Late Models, SK Lights, Limited Late Models, and Street Stocks for a full night of Stafford Weekly Racing.  With September 10th also serving as First Responder Night, tickets for first responders and military members with proper I.D. are only $10.00.  Adult General Admission tickets are priced at $20.00, children ages 6-14 are $5.00 and children ages 5 and under are admitted free of charge when accompanied by an adult.  Reserved seating is priced at $25.00 for all ages and pit passes are $35.00 with a valid 2021 Stafford Competition License and $40.00 without a Stafford license.  Tickets can be ordered online here, or they will be available at the admission gates on Sept. 10th.

If you are unable to attend in person, tune into the live stream on FloRacing, the official streaming partner of Stafford Speedway.