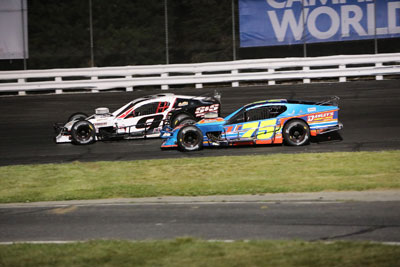 (Stafford Springs, CT)—When the green flag is displayed to the field for the Bud Light Open 80 at Stafford this Friday, July 30, Chris Pasteryak will be looking to turn his fortunes around and get back to victory lane.  The Moosup, CT native and driver of the #75 Dawley’s Collision and Custom Chevrolet last visited victory lane in 2016 and his last win at Stafford came back in 2015 in a Modified Racing Series event.  For Pasteryak, a win at Stafford would be special not only for being his first win in over 5 years, but Stafford is a track that holds a special place in Pasteryak’s heart from the long history of his father Charlie and Uncle Carl racing modifieds at the Connecticut half-mile.

“Stafford is the first track that my father and uncle went to way back in 1976,” said Pasteryak.  “Every time I go back to Stafford that’s always in the back of my mind and I’ve been able to have some success over the years at Stafford.  It’s been so long since I’ve won a race, getting a win would be like winning my first race all over again.  Any time you’re lucky enough to win a race at Stafford it’s very special and if I can get back into victory lane, especially at Stafford, it’s going to be a huge deal.  Thanks to Dawley’s Collision and Custom, New England Race Fuel, M.P. Williams Builders, and all the guys who come and help me in the pits.  We’ll give it another go this Friday night and see how things go for us.” 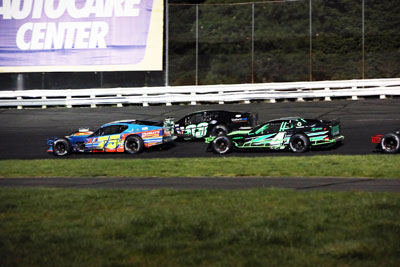 The 2021 season has seen Pasteryak and his crew struggling to find speed in his #75 machine.  In 5 starts between the Tri-Track Open Modified Series and Stafford’s Open 80’s, Pasteryak has just 1 top-10 finish, which came at Star Speedway back in May.  Pasteryak finished just outside the top-10 in 11th place in CBYD 81 at Stafford in May and he finished 17th in the June Twisted Tea 80 after losing his power steering in an early race mishap.

“We’ve been struggling a little bit this season but I feel better about going to Stafford,” said Pasteryak.  “The first race was all right but still not good and the last race at Stafford I lost the power steering after getting into a wreck on lap-4, so I kind of have to throw that one out and it was a long night of just driving around to get to the finish.  We need to work on our luck and speed in the car at Stafford.  We’ve been quick at times at other tracks but we haven’t been great.  We’ve made some good calls in the pits to help get some decent finishes but this season has been a bit bizarre.  Hopefully I can change my luck this Friday.” 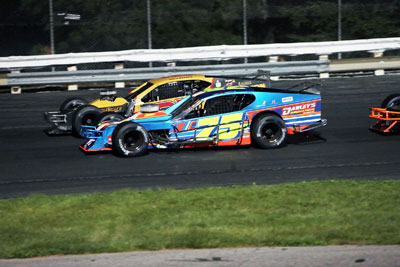 Pasteryak has run well at Stafford in previous seasons, notching 2 wins, 7 top-5 and 12 top-10 finishes in 15 career Modified Racing Series starts, and he also scored a third place finish in a Modified Touring Series feature at Stafford back in 2017.  Pasteryak’s career Whelen Modified Tour numbers at Stafford are 4 top-5 and 7 top-10 finishes in 17 starts with a single pole position coming in the 2019 NAPA Fall Final.  In his search to regain speed in his #75 car, Pasteryak’s plan is go back in time and see if one of his older setups can provide the speed he needs but he won’t be able to utilize everything from his older setups.

“We’ll be trying something different with the car again for this Friday’s race,” said Pasteryak.  “We’re going to go back in time a little bit to see if what worked a few years ago might work for us again.  When I won the pole at the Fall Final in 2019 with my Tour car, I had a coil bind setup in the car and the Stafford Open Modified rules don’t allow for coil binding.  So in that sense I’m a little bit behind the guys who have regularly run the Open shows at Stafford and have figured out how to make the car conventionally go fast around Stafford.” 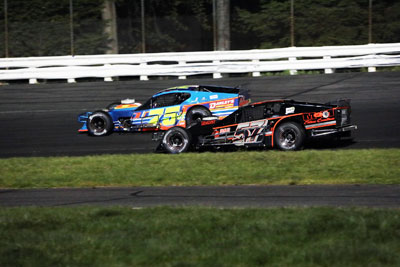 The 4th Annual Bud Light Open 80 is scheduled for this Friday, July 30.  Stafford’s SK Modified®, Late Model, SK Light, Limited Late Model, and Street Stock divisions will join the Open Modifieds in feature action.  Tickets for the Bud Light 80 are available now online at StaffordSpeedway.com/tickets and tickets will also be available for purchase at the admission gates.  Tickets for the Bud Light 80 are $30.00 for adults, $10.00 for kids 6-14, and free for kids 5 & under.  Reserved seating is priced at $35.00 for all ages and pit passes are $45.00 with a valid 2021 Stafford Competition License and $50.00 without a Stafford license.  If you are unable to attend the event, tune into the live stream on FloRacing, the official streaming partner of Stafford Speedway.