(Stafford Springs, CT)—With former 3-time SK Modified® champion Mike Christopher already confirmed as an entry for Stafford’s Inaugural TickMike.com SK Modified® All-Star Showdown, another former multi-time track champion has been confirmed.  Jerry Pearl, the 1984 and 1985 SK Modified® track champion, will pilot a Todd Owen prepared racecar in the 50-lap race that will guarantee the winner a minimum payday of $4,000 with an opportunity to take home as much as $10,000.  Over the years Stafford Speedway has seen brothers, fathers and sons, and even mothers and sons racing against one another but in a Stafford Speedway first, Pearl will join his grandson Bryan Narducci on the track. 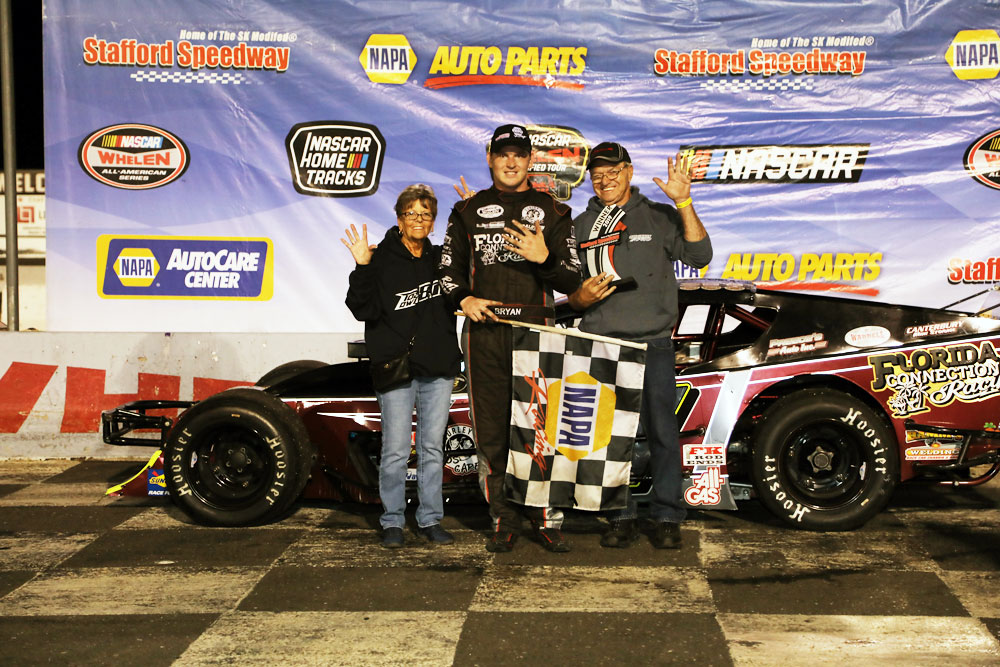 “It’s going to be different for sure,” said Pearl.  “I raced against my son for a few years but my grandson is totally different.  I’m really looking forward to it and I’m sure he is too.  It’s been a while since I’ve driven a car but they always say you don’t forget.  When they first started talking about this race, I thought I’d like to be in the race and everyone was asking me you’re going to do that and I said why not?  I got to talking with Mike Christopher and he asked me if I was going to do it and I asked him if he was going to do it and he said he was so I said I would do it.  I raced with Mike and Ted Christopher back when they were just getting started.  I remember when Ted first came on the scene he was having some trouble with his carburetor.  A fellow named Nick Dinsmore used to help me with my motors and one day Teddy was revving his engine up and it was falling on its face so I said to go over and help them out and Teddy ended up beating me that night to win the race.  That was the last time I helped him out.”

Pearl recorded a total of 12 SK Modified® wins at Stafford from 1983-1989 along with his 2 SK Modified® championships.  Pearl’s last Stafford start was in 1989 and his last start in a modified came in 2002, but he is hoping to put any rust aside and come away with a top-10 finish. 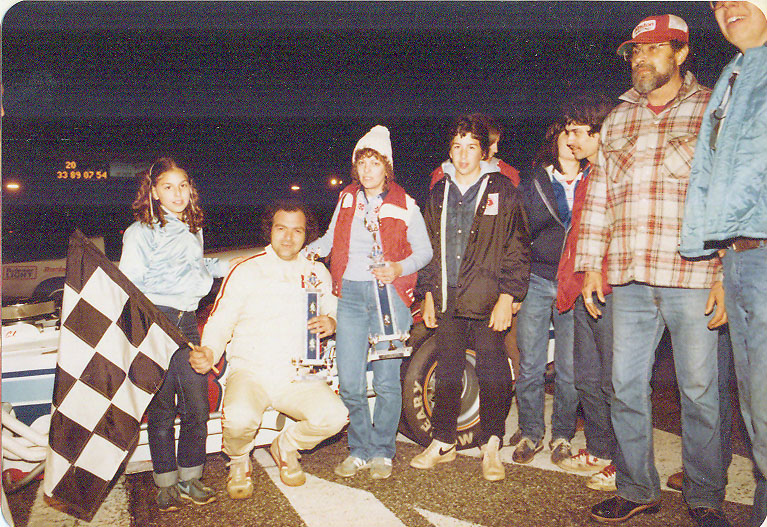 “The last time I raced Stafford was the late ‘80s and after that I raced at Riverside at Waterford and I retired in 2002, so I hope it all comes back to me,” said Pearl.  “I go to the races every week towing Alexander’s car but I haven’t driven any of the cars that they have today.  The cars today are a lot different to the cars that I was driving against guys like Busgy Stevens, Geoff Bodine, Ronnie Bouchard, Fred DeSarro, Jimmy Spencer, and Satch Worley, so I’ve been around for a while.  I’ve driven for a lot of different people over the years and Todd and I are pretty good friends and I have to thank him for allowing me to drive his Waterford car.  I’ll have to get used to the head restraints and things like that and I’m sure it’ll all come back to me.  A top-10 finish would be really great for me.”

“The car that Todd is letting me drive is the same car that Todd won at Waterford with last Saturday night,” said Pearl.  “His car is pretty close to what I like in a car so hopefully we’ll be good to go.  I’m a little bit older now that I was back then but it’s just a number.  We’re going to put four new tires on the car so hopefully we’ll go pretty good.  Years ago they called me ‘Coast and Collect’ because I was always there at the end.  Sometimes I probably should have won more races but I always tried to finish.”

An event schedule and additional event information for the TickMike.com SK Modified® All-Star Shootout as well as the SRX Racing Series is available at staffordspeedway.com/srx. Tickets for the Inaugural SRX Racing event presented by TickMike.com are sold out. Tickets for Friday’s Twisted Tea Open Modified 80 are available at staffordspeedway.com/tickets.