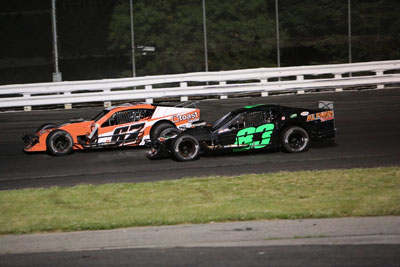 Arute and Vassar broke into the SK Modified® division at the same time in 2018 with Arute winning Rookie of the Year honors.  Both drivers started out in full fendered cars before moving into the world of open wheel modifieds with Arute winning 11 Limited Late Model races from 2012-2015 and then 2 SK Light features in 2016 and 2017.  Vassar won 2 Late Model track championships at Gresham Motorsports Park in Georgia before moving back north and going racing at Stafford in the Late Model division for one season in 2017 before moving up to the SK Modified® ranks. 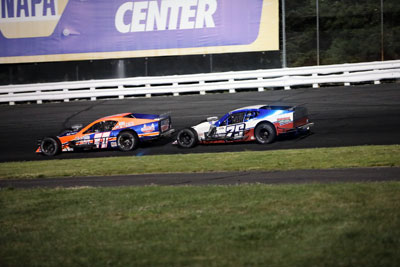 “It felt great to be on the podium for the first time,” said Vassar.  “Obviously I wanted to win the race and I was hoping for a late race caution but it never came.  It felt good to finally break through and have a solid top-3 run.  Especially the battle I had with David [Arute], that was a lot of fun racing with him.”

“It felt like a sigh of relief to finally get to the front of the field and stay there,” said Arute.  “We’ve had some big ups and downs over my 4 years in the SK Modified® division and there’s been a lot of learning.  During my first season, a win was getting a top-10 finish, my second year we ended up having a sophomore slump, and then last year was a bit of a curveball.  This year we worked on the car a lot over the winter and we’ve been consistently in the top-10 but we haven’t finished there every week.  We changed a clip on the car this past week and to finish on the podium after a long week in the shop was awesome for everyone.” 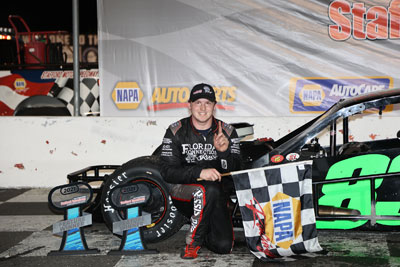 For Narducci, his road to not only his first SK Modified® podium, but victory, was a bit varied from the paths of Arute and Vassar.  Narducci broke into Stafford driving Arute’s #28 Limited Late Model car, which he piloted to 6 wins in 2 seasons, before moving to the SK Light division, where he won 13 races in 2 seasons.  Narducci moved to the SK Modified® division in 2020, racing a Todd Owen owned car.  Narducci split with Owen following the 2020 season and teamed up with Billy “Bear” Calicchio for the 2021 season.  Narducci was released from his driving duties by Calicchio after the June 12 TickMike.com SK Modified® All-Star event and paired up with Keith Rocco Racing for the June 18th event.

“It was really cool to get my first win and podium finish,” said Narducci.  “I was just hoping to get a good finish last Friday night so to be able to go out and get a win was something different.”

With his first victory under his belt, Narducci will return to Stafford this Friday night for the NAPA Auto Parts SK 5k event and with no solid plans in place for Narducci to continue driving the #83 car, Narducci and Rocco will take things week to week.

“I think at this point we’re going to go week to week and see what happens but we’ll definitely be there for the 5k,” said Narducci.

This Friday night, June 25, is the biggest SK Modified® race of the season with the NAPA Auto Parts SK 5k.  There will be over $30,000 in total posted awards with the race winner guaranteed to take home $5,000.  Fresh off of their first podium finishes, Narducci, Vassar, and Arute all head into the NAPA SK 5k event riding high on momentum.

“It gives us some real good momentum,” said Narducci.  “I remember last year I only made 2 laps in the 5k so I definitely have some learning to do.  Luckily I’m running out of Keith’s shop and he’s pretty good in the long distance races so hopefully I can learn a few things from him and put it to good use and see what happens.” 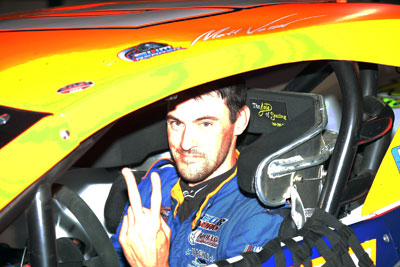 “It gives us a lot of momentum and it rejuvenated all the guys on the team which will carry over to the 5k,” said Vassar.  “The 5k is a long race and you have to maintain your equipment in order to be there for the end of the race and try to contend for the win.  The 5k also has to play into your hands in order to win it.  Deep down in my heart, I believe we can be a contender for the win if we can get the balance on the car right.  As loose as we were last week, we were one of the top-3 fastest cars at the end of the race and that gives me the confidence that if we can get the balance right, we can put a hurting on the competition.”

“We have a lot of momentum now and hopefully the car will be as good as last week and it can last for all 100 laps,” said Arute.  “Everyone on the team is more excited about coming to the track and now that we’ve tasted a podium finish, hopefully we can keep on bringing that back week after week.  It was pretty awesome to see all 3 of us on the podium.”

Both Vassar and Arute would like nothing more than to join Narducci as first time winners in the SK Modified® division and they both feel like with the right circumstances, that win could come sooner rather than later.

“I don’t think we’re very far off,” said Vassar.  “I don’t think we’re at elite status yet.  We’ve struggled with the handling of our car since the start of the season but we went with a new shock and spring combination and we finally got our car to turn in the middle of the corners.  It was still loose coming out of the corners but if we can get that figured out, I don’t want to say everyone else is going to be in trouble, but we’ll definitely be a top-3 contending car.” 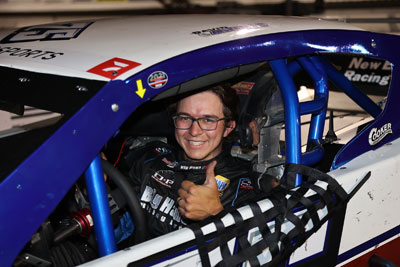 “I feel that this year is the best opportunity I’ve had to win a race,” said Arute.  “It’s been a learning curve over the last 3 years but we feel like we’re heading in the right direction.  If we can finish in the top-3 and be consistent, then we’re confident we could pull off a win.”

Arute, Narducci, and Vassar will be joined the rest of the SK Modified® field to chase the $5,000 winners prize in the 8th Annual NAPA Auto Parts SK 5K this Friday, June 25.  Tickets for the NAPA SK 5K are available online at StaffordSpeedway.com/tickets and will also be available at the gates day of show.  General Admission tickets are $30.00 for adults, $10.00 for kids 6-14, and free for kids 5 & under.  Reserved seating is priced at $35.00 for all ages and pit passes are $45.00 with a valid 2021 Stafford Competition License and $50.00 without a Stafford license.  If you are unable to attend the event, tune into the live stream on FloRacing, the official streaming partner of Stafford Speedway.