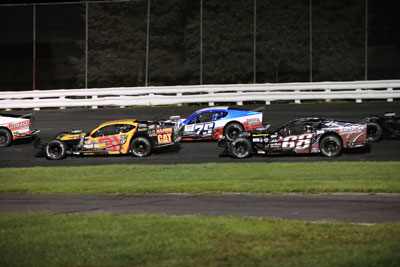 (Stafford Springs, CT)—As he prepares his #68 Wheelers Auto SK Modified® for this Friday night’s North American Motor Car Senator’s Cup 50-lap feature event at Stafford Speedway, Marcello Rufrano is still in search of his first SK Modified® victory.  Rufrano is a proven race winner at Stafford with 14 career feature wins spread across the SK Light, Street Stock, and Open Modified divisions, but he has yet to reach NAPA Victory Lane in an SK Modified® feature.  Rufrano recorded his career best SK Modified® finish of 2nd place three weeks ago on July 23 and he has recorded four top-5 finishes thus far in 2021, but both he and his team have been struggling to unlock enough pace in his #68 car that will help carry him to that first SK win.

“I’m not going to sugarcoat anything, struggle is the word for us right now,” said Rufrano.  “If you look across the board both myself and Keith [Rocco] have been struggling the last month or so.  As far as getting better, we need to start going in the right direction with the car setup because what we’ve been doing hasn’t been working.  We’ll get there one way or another and at the end of the day we want to have a competitive car and we want to win races.” 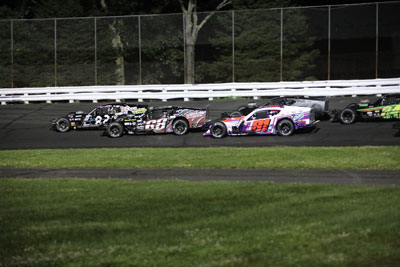 Rufrano is usually among the top-5 cars during practice sessions and he has 3 heat race wins to his credit this season, but things just haven’t come together for him in feature events.  Knowing there is speed in the car but not being able to unlock the full potential of that speed has been a frustrating prospect for Rufrano.

“We’re just going to have to work harder than everyone else,” said Rufrano.  “Not that we’re not working hard right now but we have to think outside the box because it seems like whatever we’ve tried out of our notebook hasn’t worked.  We’ve just about exhausted everything we have in our notebook.  It’s been obviously frustrating but that’s part of racing.  I’d love to get back to being competitive in the SK Modified® division.  I’m not saying I’m the best driver out there, but I know what I can do with a good car and we really haven’t had a lot of luck on our side.  I try to not get down on myself because I’ve watched Keith struggle in the SK Modified® division.  Looking at it from the perspective of you’re going to have some dominant years and some not so dominant years, things might not be as bad as they look.  If you look at Tom Fearn for example, Tom seemed like he couldn’t lose a race for a couple years in the Late Model division and now the last 2 years he’s been struggling to win races.  That’s just kind of what you have to deal with in racing.” 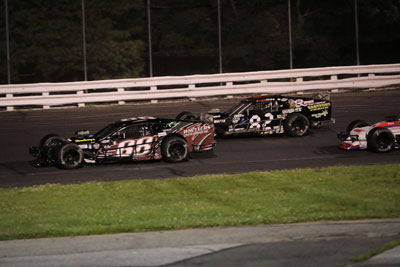 One thing that may help Rufrano unlock the speed in his #68 car is this Friday night’s 50-lap North American Motor Car Senator’s Cup feature.  Rufrano won the extra distance Dunleavy’s Night 40-lap SK Light race back in 2018 and he won the Bud Light Open 80 last season.

“I’d like to say the 10 extra laps might be something that will help us with the car, but we won’t know what we have until we get on the track for practice,” said Rufrano.  “We’re weighing out our options and if we can’t figure something out we might have to go a different route.  We might end up changing our open car back to an SK car because we won with that car as an SK at Thompson and that car has always been fast.”

Rufrano is also looking forward to the Lincoln Tech 80 scheduled for August 20 at Stafford.  Rufrano was in contention to add a second Open 80 to his resume in the June Twisted Tea 80 where he finished fourth after running among the lead cars for the majority of the race.  Rufrano will also take a fresh engine into the Lincoln Tech 80.

“I’m real excited about the Lincoln Tech 80,” said Rufrano.  “We’re going to put some fresh steam in the car and we’ll see what we can do with it.  I have a lot of confidence in that car and it’s a winning car so I don’t see why we can’t be competitive.  We were able to get up to second in the closing stages of the Twisted Tea 80 before strategy kind of bit us a little bit at the end of the race.  Now that we have a little more information for our notebook, I’m sure we’ll be fast and be competitive.  I’ve been thinking about these Open races a lot lately and I’ve been more confident with the Open car than the SK car so we’ll see how the next couple of weeks play out with the Senator’s Cup race and the Open 80.”