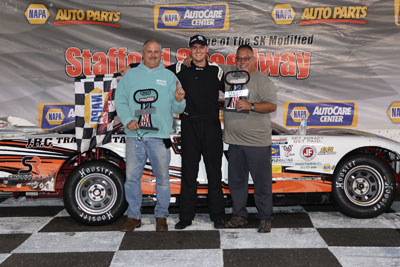 (Stafford Springs, CT)—Matt Scappini took a somewhat unique path to joining Stafford Speedway’s Limited Late Model division as a rookie driver.  Prior to the 2021 season, Scappini’s only racing experience consisted of a limited amount of go kart racing and snowmobile racing.  Scappini’s lack of experience never manifested itself during the 2021 season as he drove his #10 JRC Transportation Chevrolet to NAPA Victory Lane on September 3rd as part of his 3 top-5 and 20 top-10 finishes that helped him capture R.A.D. Auto Machine Limited Late Model Rookie of the Year honors.

“It feels great considering that was my goal coming into the year,” said Scappini.  “This year was my first time in a full body racecar so it was tough to predict what we could do with no previous experience.  It was a big adjustment learning a completely new skill.  I’ve driven snowmobiles in the past but a full body racecar is a totally different animal. Rookie of the Year was the most important thing for me so obviously it feels good to accomplish that and we couldn’t have really asked for much more.  We got our first win, won rookie of the year, we learned a lot about the car, and it was an awesome experience.  I have to thank JRC Transportation, Joseph Freedman, Joe Hamm, my team, Andrew Durand and the #43 Late Model crew, and all the contingency sponsors we had this season, R.A.D. Auto Machine, Gaston Racing Enterprises, Bakers Woodshop, New England Racing Fuel, Sunoco, and Wicked Powersports for their support.” 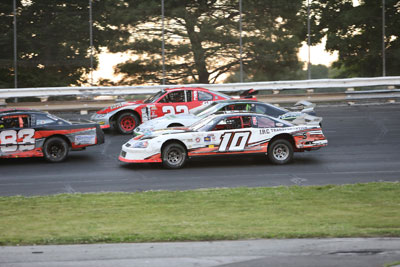 For a rookie driver who had never previously raced in a full-bodied car, Scappini drove like a veteran.  Scappini completed every lap of the 2021 season as well as joining Jeremy Lavoie as the only 2 Limited Late Model drivers to record a top-10 finish in every race.

“Coming into this year I expected it to be tough and it was tough in the beginning,” said Scappini.  “I had to learn so many new things like how to drive the car, all the rules, it was a little bit of everything like learning the process of a raceday and getting into a routine.  As we got more comfortable throughout each week, it slowly became easier and allowed us to focus on the actual racing.  Consistency was very important to us.  The goal was to bring the car home in one piece every week.  Even though we didn’t have the best finishes every week, being consistent allowed us to get the points that we wanted.” 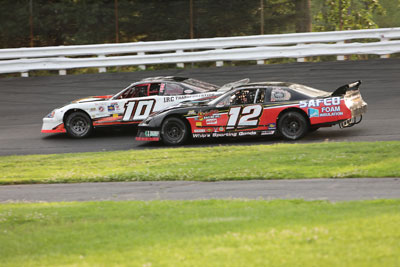 Scappini notched his first podium finish in only his 5th start on June 4th and although it took Scappini until his win on September 3rd to notch another podium finish, the 3rd place finish gave him and the #10 team the confidence that they could actually win a race.

“Even if it wasn’t the most pretty third place finish, that race showed that we could do it and it was a nice confidence boost for us,” said Scappini.  “It let us know that a win wasn’t that far off for us.  Towards the beginning of the year we didn’t know what to expect so a win wasn’t really in the cards.  As we progressed through the year and got better and better, the possibility was there and to actually get a win, there’s no better feeling.” 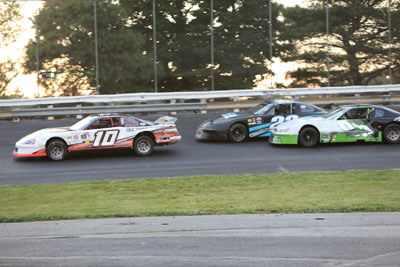 With his Rookie of the Year campaign now behind him, Scappini is looking forward to the 2022 season.  Scappini will look to become a more consistent driver in 2022 by applying the experience he gained during the 2021 season and eclipse his 5th place finish in the Limited Late Model points standings.

“I’m very excited about next season,” said Scappini.  “I had nerves coming into this season but now with a year of experience, I’m looking forward to showing what I can do and improving on a solid rookie season.  I think I improved a lot as a driver and the team has also improved.  We learned how to manage certain things and we know what to look for if something doesn’t feel right so going into next year we have all the basics down and we just have to focus on improvements and be more consistent towards the top-5.  We showed flashes this year but we weren’t able to consistently be in the top-5, which I think came down a lot to me being new and learning the flow of the race and how to correct any mistakes we made.  Hopefully that will pay off for us next season.  I don’t have a number in mind but we’d like to finish higher than fifth next season in the points and we’d certainly love to get more than one win next season.”