(Stafford Springs, CT)—This Friday night, August 13, will see Stafford Speedway’s SK Modified® cars take part in their second extra distance event of the 2021 season in the North American Motor Car Senator’s Cup.  The SK Modifieds® will race 50-laps instead of their customary 40-lap distance, and with the extra distance comes extra cash.  Stafford will increase the SK Modified® feature purse by $2,700 with the purse increase spread evenly throughout the field as each finishing position will receive an extra $100. 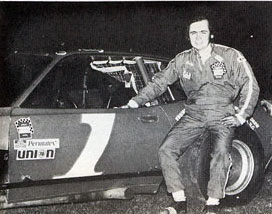 The Senator’s Cup event returned to the Stafford schedule last season after a 30+ year hiatus and saw Chase Dowling outlast Troy Talman and Michael Christopher, Jr. in the run to the checkered flag to receive the Senator’s Cup trophy from State Senator Dan Champagne.  Dowling’s victory last season put his name on the Senator’s Cup alongside modified legends Gene Bergin, Geoff Bodine, Ed Flemke, Richie Evans, Moose Hewitt, and Bugsy Stevens.  Bodine was a 3-time Senator’s Cup winner (1975, 1976, 1978), Stevens (1970, 1974) and Bergin (1971, 1973) each won the cup twice while Hewitt (1972), Flemke (1977), and Richie Evans (1979) each recorded one win.  This year’s Senator’s Cup event adds an extra 10 laps to the feature distance and the extra distance race comes just as SK Modified® teams are gearing up for the final 2 months of competition to determine who will be the 2021 track champion. 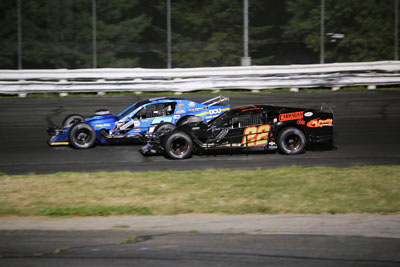 Chase Dowling (22) takes the lead from Troy Talman (2) on his way to winning the Senator’s Cup last season.

The race for the 2021 SK Modified® championship is tight with 5 drivers separated by 84 points with 8 races remaining on the schedule.  Tyler Hines kicked off the 2021 season with a victory in the season opening NAPA Opening Day feature event and he led the points standings for the first four events before Todd Owen took over the point lead for 2 weeks.  Stephen Kopcik, who is looking for his second career Stafford championship to go along with his 2015 SK Light championship, took over the point lead for the first time following the June 11 feature event and he led the standings until July 30 when a 17th place finish allowed Owen to retake the top spot.

Owen comes into the North American Motor Car Senator’s Cup on a hot streak with 2 consecutive wins and 4 top-4 finishes in the last 5 races.  Owen and Kopcik lead all SK Modified® drivers with 9 top-5 finishes each this season and Kopcik has finished 11 of the 13 SK Modified® races this season inside the top-6. 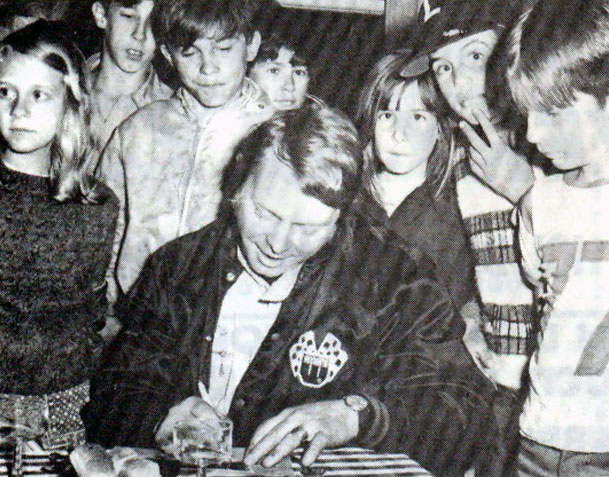 Michael Christopher, Jr. has been the big money winner this season in the SK Modified® division, taking the checkered flag in both the June 12 TickMike.com All-Star Shootout that was worth $5,000 and the NAPA SK 5k, which brought a payday of $5,725.  Lady Luck remained on Christopher’s side as although he didn’t win the July 23 Dunleavy’s Modifiedz Night feature event, he won the Dunleavy’s Pick of the Hat drawing to collect the Gambler’s Challenge bonus of $5,800.  A seventh place finish in the August 6 SK Modified® feature event ended a string of four consecutive podium finishes for Christopher that included two consecutive victories.

Hines has been fast all season long and he backed up his season opening win, which was his first career SK Modified® victory, with a second win on June 11 and he will be eager to add a third win to his season total.  Last year’s Senator’s Cup winner Chase Dowling sits fifth in the standings with a single win to his credit thus far in 2021.  Dowling has won two Open Modified 80 lap-races at Stafford this season and he is ready to add a second SK Modified® feature win as well.

North American Motor Car recently broke ground on a new state of the art maintenance and storage facility in Danbury, CT.  The fully insured facility will have a capacity of around 260 vehicles in a clean, climate-controlled space, staffed by automotive experts. For more information on North American Motor Car visit their website, northamericanmotorcar.com or contact their office at 866-566-6867.

The North American Motor Car Senator’s Cup is scheduled for this Friday, August 13.  Stafford’s Late Model, SK Light, Limited Late Model, and Street Stock divisions will join the SK Modifieds® in feature action.  Tickets for the NAMC Senator’s Cup are available now online at StaffordSpeedway.com/tickets and tickets will also be available for purchase at the admission gates.  Tickets for the NAMC Senator’s Cup are $20.00 for adults, $5.00 for kids 6-14, and free for kids 5 & under.  Reserved seating is priced at $25.00 for all ages and pit passes are $35.00 with a valid 2021 Stafford Competition License and $40.00 without a Stafford license.  If you are unable to attend the event, tune into the live stream on FloRacing, the official streaming partner of Stafford Speedway.