Posted on April 9, 2021 by Scott Running Posted in News

MOORESVILLE, N.C. (April 9, 2021) – Ever wonder how grassroots racing legends would fare against drivers who made their careers earning national championships and winning the most prestigious races in North America? Wonder no more as the Superstar Racing Experience (SRX) will pit an amateur driver against its star-studded lineup in the first five of its six-race inaugural season, which debuts this summer on Saturday nights in primetime on CBS. 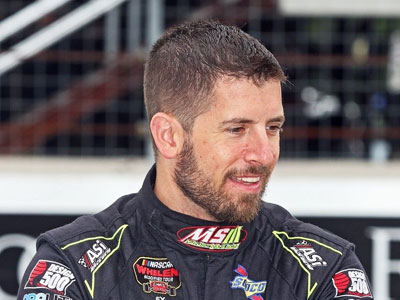 Six-time NASCAR Whelen Modified Tour champion Doug Coby will race in the SRX opener June 12 at Stafford (Conn.) Motor Speedway. Then, when SRX leaves pavement in its rearview mirror and switches to dirt for its June 19 race at Knoxville (Iowa) Speedway, four-time Knoxville track champion Brian Brown will compete. SRX continues on dirt June 26 at Eldora Speedway in Rossburg, Ohio, and that’s where five-time USAC Silver Crown champion Kody Swanson joins the SRX field. A return to pavement comes July 3 at Lucas Oil Raceway in Clermont, Indiana, where prolific USAC and NASCAR Whelen Modified Tour winner Bobby Santos III joins SRX at the track where he has been a victory lane mainstay. Finally, if winning the July 6 Slinger Nationals – one of the most prestigious short-track races in the country – wasn’t incentive enough, an invite to compete in the July 10 SRX race at Slinger (Wis.) Speedway comes with the Larry Detjens trophy.

“We wanted to add to the drama and excitement SRX will bring fans by adding a Rocky Balboa or Cinderella story to each week’s race,” said Ray Evernham, co-founder of SRX. “Our amateur all-stars will have the opportunity to prove they’re more than just the hero at their home track – that they, in fact, have what it takes to get up on the wheel against the best in the world.”

Coby, the 41-year-old from Milford, Connecticut, has scored 29 career feature wins at Stafford – 12 on the Whelen Modified Tour, eight in Pro Stock, five in SK Modifieds, and four in Late Models. He is the only driver ever to win four consecutive Modified Tour championships (2014-2017), with his other two series titles coming in 2012 and 2019. He has amassed 29 career victories and 32 pole positions on the Modified Tour. 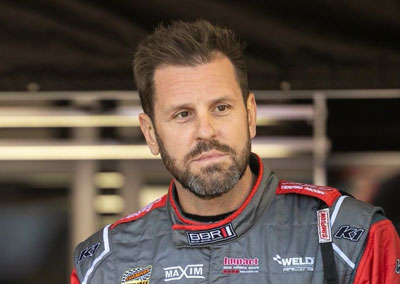 Brown, a 42-year-old from Grain Valley, Missouri, is the driver-owner for the team that bears his name. He has 180 career feature victories, including five in the World of Outlaws Sprint Car Series. He is the four-time and reigning 410 Sprint Car champion at Knoxville (2007, 2010, 2019 and 2020), where his 52 wins place him fifth on the all-time list at the historic track. He also has 17 wins in 360 Sprint Car competition at Knoxville, sixth-best all-time. Brown was the 360 Sprint Car class champion in 2002 and won the 360 Knoxville Nationals in 2014. Additionally, he had a streak of three consecutive runner-up finishes in the 410 Knoxville Nationals from 2012 through 2014. He also holds the distinction of being named Owner of the Year at Knoxville after the 2009 and 2019 seasons. 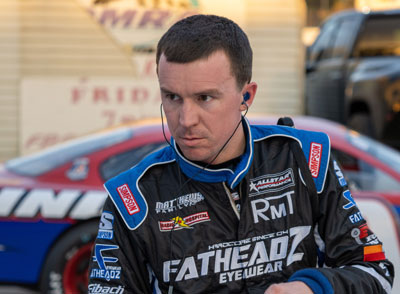 Swanson is a 33-year-old native of Kingsburg, California, who resides in Indianapolis. His five USAC Silver Crown championships (2014, 2015 2017, 2018 and 2019) are the most in series history, as are his 30 career Silver Crown wins and 31 Silver Crown poles. Swanson holds the Silver Crown record for most consecutive wins (five) and he is the all-time series leader in podium finishes and laps led. He is a three-time winner of the Little 500 at Anderson (Ind.) Speedway and owns four consecutive Hoosier Hundred victories at the Indiana State Fairgrounds in Indianapolis and five straight Joe James/Pat O’Connor Memorial wins at Salem (Ind.) Speedway. In four of his last five Silver Crown starts at Eldora, Swanson has finished in the top-five. He is still searching for that elusive first win at Eldora, with second place in the 2015 4-Crown Nationals his best finish at the half-mile, dirt oval. 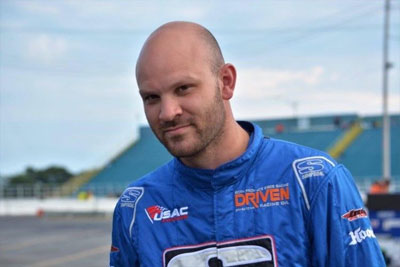 Santos, a 35-year-old from Franklin, Massachusetts, who bears the nickname “Bobby New England,” is best known for his success on the NASCAR Whelen Modified Tour. He has 149 career starts with 19 victories, 54 top-five finishes and 18 pole positions to go along with his 2010 series championship. He also won the 2016 Whelen All-Star Shootout exhibition race at New Hampshire Motor Speedway. Additionally, Santos has excelled in USAC, scoring 10 career Silver Crown wins, including four at Lucas Oil Raceway. Two of his seven career National Sprint Car victories have come at Lucas Oil Raceway, as well as one of his 11 career victories in the Champion Midget category. The versatile Santos is a four-time winner of the A.J. Foyt Championship (2006, 2011, 2017 and 2020), which is awarded to the driver with the season-best points tally at Lucas Oil Raceway in USAC’s top-three series – Silver Crown, Sprint Car and Midget. Santos’ Midget victories also include the prestigious Turkey Night Grand Prix at Irwindale (Calif.) Speedway in 2008 and the Copper World Classic at Phoenix Raceway in 2009.

Superstar Racing Experience was created by a team consisting of Sandy Montag and The Montag Group, George Pyne, NASCAR Hall of Fame crew chief and team owner Ray Evernham, and legendary driver Tony Stewart. The Montag Group leads business operations and Evernham oversees all racing operations. Pyne is a member of the Board and serves as an advisor. For more information, please visit us online at www.SRXracing.com, on Facebook, on Twitter and on Instagram.