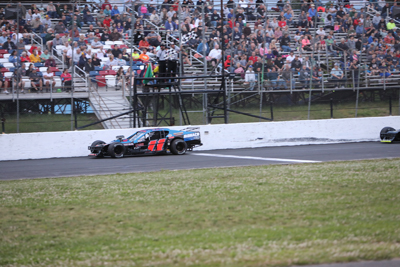 (Stafford Springs, CT)—After winning the SK Light championship in 2020 at Stafford Speedway, Brian Sullivan and the #11 Monaco Ford team have picked up right where they left off.  Sullivan’s on-track performance has him looking forward to the marquee SK Light event of the 2021 season, the Dunleavy’s Modifiedz Night 40-lap feature scheduled for this Friday, July 23.

“I think we’re in better shape for the 40-lapper than we were last season,” said Sullivan.  “The funny thing is the 40-lapper was one of our worst finishes last season.  I’ve been trying to save tires the last couple weeks so I’d have 4 new tires going into this Friday because the Dunleavy’s Night is the Daytona for the SK Lights and with all the extra money on the line you kind of put all your eggs in one basket for this race.”

Armed with a new car for the 2021 season, Sullivan has already posted 2 wins, doubling his win total from a year ago, and a 23rd place finish on June 25 has been his only finish thus far outside the top-10 through the first 9 races. 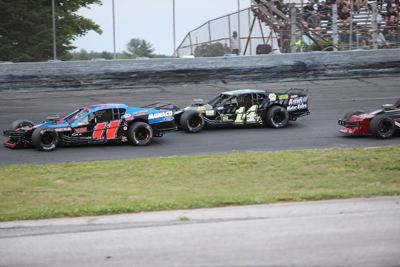 “The season has been pretty good and I’m happy with how things have gone for us so far,” said Sullivan.  “I feel like we’ve stepped up our program from last season with a brand new car.  I think we’re even better off than we were last season since we’ve worked the bugs out of the car and we know where the car needs to be.  As a whole I think the SK Light division has stepped up the competition level and there are 8 to 10 cars that could win on any given night.  The field is a lot tighter and the times are a lot closer together than they’ve been in years past.  We’ve been able to get 2 wins so far and I think we have a few more wins in us before the season ends.  We’re only 9 races in and we’ve got 2 wins and probably could have won a couple more but we can’t get too greedy.  Other than the 1 DNF, which we didn’t have any last season, we’ve had a good car every week.” 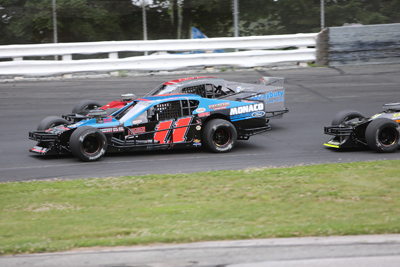 The Dunleavy’s Modifiedz Night SK Light race is twice the length of a normal 20 lap feature and it features a purse of nearly $10,000 that will guarantee the winner $1,750 but there will be even more money up for grabs thanks to Doug Dunleavy and the Dunleavy’s Gamblers Challenge.  For the Gamblers Challenge, SK Light drivers can each contribute $50 with Doug Dunleavy and Dunleavy’s Truck and Trailer Repair matching up to $1,000 for SK Light drivers.  If a full field of 27 drivers participates, the SK Light Gambler’s Challenge bonus would reach $2,350 in addition to the $1,750 winner’s purse.  Dunleavy also announced last Friday he will match up to $1,000 in fan contributions to the Gambler’s Challenge, which could potentially push the winner’s total to over $5,000.  Following the 40-lap SK Light feature event, Doug Dunleavy will draw a chip to determine if the bonus will go to the winner, 2nd, 3rd, 7th, or 11th place finisher. 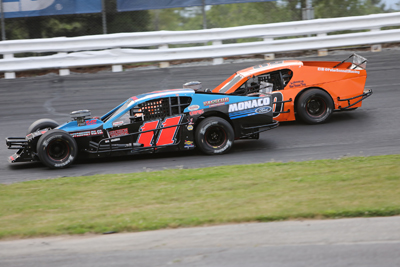 “The Gambler’s Challenge is going to add a lot of excitement to the race,” said Sullivan.  “This race pays well to begin with and everyone wants to win this race.  It’s certainly going to be exciting if you finish in one of the 5 positions for the Gambler’s Challenge draw, you could walk out of the track with almost $5,000 if your chip gets pulled.  Any top-5 would be great in this race but if you can win you’ll definitely carry a lot of momentum going forward.  I would almost rather win this race than the championship.  This is a big race and not everyone can say they won X amount of dollars by racing, so you definitely have some bragging rights if you win.  I have to give a big thank you to Doug Dunleavy and Stafford for putting this race on.  It’s pretty cool that Doug supports modified racing like he does and this race is awesome because with the SK Lights we’re not usually in the spotlight.  Also thanks to all my sponsors Monaco Ford, Glastonbury Oil Company, Precision Mechanical, Competitive Edge Coatings, Sullivan Landscaping, Vasseur Landscaping, and everyone on the crew that helps us get to the track week in and week out.” 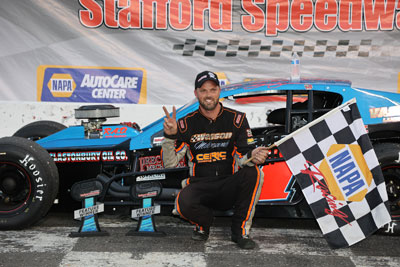