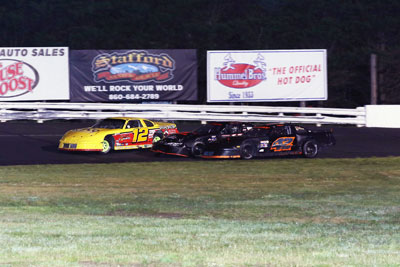 (Stafford Springs, CT)—For Michael Wray and the #42 DMW Graphics Late Model team, the 2021 Late Model season at Stafford Speedway has gotten off to a start that most racers would envy.  Through the first 8 races, Wray has posted a top-6 finish in all 8 starts, including two podium finishes.  Wray currently leads the Late Model points standings with a pair of former track champions in Adam Gray and Michael Bennett right behind him.  The only thing that Wray is missing at this point of the season is a feature victory.

“By most measures it’s been a successful season so far,” said Wray.  “Obviously we’d like to have gotten a win by now.  We’re bringing a fast car to the track every week, we’ve just had some circumstances here and there that have kept us from winning a race.  We had the season opening race won but there was a late caution and we ended up having some mechanical issues that left us with a 3rd place finish.  We’re leading the points right now but I’d say we’ve been a little unlucky at times this year.” 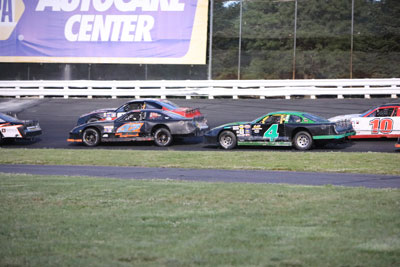 The fact that Wray finds himself sitting at the top of the Late Model standings at this stage of the season is thanks to a special assist from his brother Dave, who is the driver of the #44 DMW Graphics Late Model.  Wray suffered an engine failure several weeks ago, which would normally sideline a car until the engine was repaired but Dave offered Mike the use of his engine, which has allowed Michael to keep on racing and earn enough points to be leading the standings.

“I had an engine failure a couple weeks ago and without blinking an eye or even me asking him, Dave told me to take and use his engine until I got mine back and without him doing that for me, we’d be done,” said Wray.  “For Dave to do that for me, in my eyes it was above and beyond, he didn’t have to do that for me.  I have a great team behind me and I have to thank my Mom and Dad, my other brother Dennis, and I also have about 8 or 9 nieces and nephews helping me out.  Also thanks to Jay Stuart from JMD Chassis and Dave Miller from Auto Machine, our motors and chassis have been fantastic every week.  Without all their support I wouldn’t be able to be where I am today leading the points.” 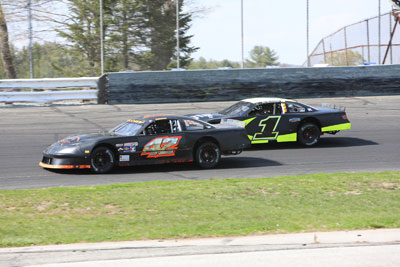 While Wray has amassed top-6 finishes in all 8 of his starts this season, the one thing he wants more than anything is to add a victory to his 2021 resume.  Wray’s last Late Model victory at Stafford was the season opening NAPA Spring Sizzler feature event on May 4, 2019, meaning that Wray has gone more than 2 years since his last win.

“Oh yes I want to get a win,” said Wray.  “Every week I come to the track thinking ‘This is our week to win’ and we just haven’t quite gotten it done yet.  We’re at the top of the speed charts in practice every week so we know the car is good and consistent, we just have to have everything fall into place for us to get a win.  With the car that we’re bringing every week, I think we have a good shot at winning a couple races this season.  Every dog has its day and ours is coming soon.” 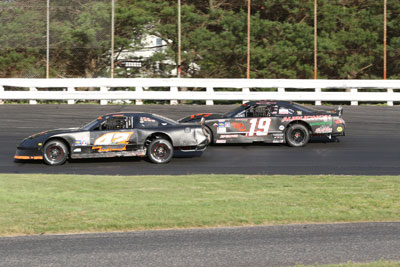 Winning a championship without winning at least once race during a season is a rare occurrence but it has happened at Stafford with Michael Gervais, Jr. winning the SK Light championship in 2009 and Kerry Malone winning the SK Modified® championship in 2003.  While Wray would prefer not join the club of winless track champions, he wouldn’t be opposed to it if that is how the circumstances of the 2021 season play out in the end.

As the 2021 season wears on into the summer months, Wray is eager to end his winless streak while at the same time continuing to rack up finishes that will help keep him in contention for the championship.  In order to do that, he will have to find a balance between being aggressive and racing for points, but for now Wray is all about sticking to being aggressive. 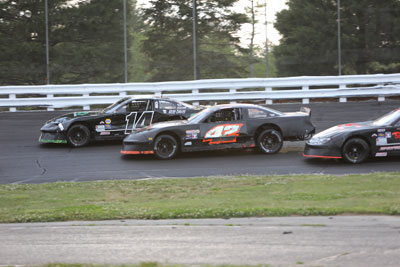 “Especially this early in the season racing for points is a dangerous mindset to get into,” said Wray.  “I’m still going to come to the track trying to win races and the points will be what they are.  If we get down to like 2 races to go and we’re protecting a lead in the points, you might change up how you drive a little.  In an ideal world we could clinch early and then do whatever the last week or two but the points will fall where they fall.  To use a football analogy, teams start to play prevent defense and then a team like the Patriots comes from behind to win the Super Bowl.  With guys like Adam Gray, Michael Bennett, and Tom and Ryan Fearn, those guys won’t be going away any time soon and they’re some of the best drivers in the division so we have to stay on top of our game.”

Wray will also have to avoid the mid-summer slump that he and the #42 team have seemed to fall into the last several seasons in the Late Model division.

“The last couple years it seems like we’re fast at the start and the end of the season but we kind of disappear during the middle of the season, so it’s all about avoiding a mid-summer slump,” said Wray.  “We just need to keep on doing what we’ve been doing all season long and maintain the focus and consistency in our weekly routine.  We also don’t want to get complacent with the car because I don’t think there’s a driver out there who has ever sat in a car and thought this car can’t go any faster.