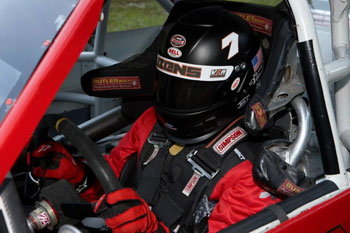 (Stafford Springs, CT)—After competing in the Mini Stock division the past four seasons at the Waterford Speedbowl and Thompson Speedway, Putnam native and second generation driver Chris Viens will transition to Stafford Speedway and join the 2017 SK Light rookie class.

“My grandfather worked on modifieds and my father Mike drove Mini Stocks, so I’ve been around racing my entire life,” said Viens. “I started racing in the Mini Stock division at Thompson in 2013 and ran those for the last four years. I tested a modified at Waterford last year and while I was driving the car I had an epiphany that modifieds is what I wanted to be racing. We have a new Spafco chassis and we’re planning on running the full season at Stafford.” 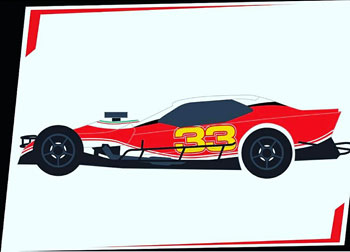 Viens becomes the 10th rookie driver to register for the 2017 season, joining Alexander Pearl, Rob Dow, Glenn Bartkowski, Jacob Taylor, Glenn Korner, Chris Bagnall, Ed Chicoski, Dan Giustina, and Geoff Nooney. Viens has set modest goals for the 2017 season but despite his lack of experience both driving an open wheel car and competing at Stafford, he is excited to get his rookie season started.

“This season will be the first time I’ve ever driven around Stafford in a race car,” said Viens. “Stafford has a great environment, a great facility, and this is the most excited I’ve ever been to get a season started. The big thing for me is to keep the car together so I can learn, we feel confident we can build a fast car and I think I’ll adapt. If we can safely crack into the top-10, around the 2nd or 3rd race that would be great. We’re not really focused on winning races yet because that would be pretty far fetched for us at this point. There’s a lot of good talent in the SK Light division at Stafford between guys like Marcello Rufrano, Joey Ferrigno and all of the cars that Paul French sets up.” 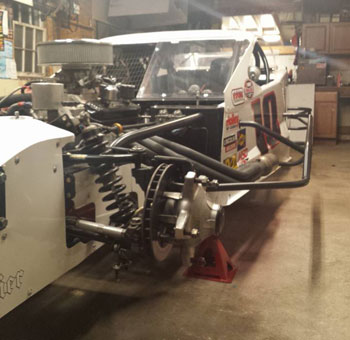 Another aspect that has Viens excited about his rookie season is the Dunleavy’s Modifiedz Night on May 26. The SK Lights will race a 40-lap feature for a guaranteed purse of $10,000 with the winner taking home a guaranteed $1,750. Additionally Don Wood from R.A.D. Automachine has put up a $750 bonus for the highest finishing car with a R.A.D. engine. Combined with other first place contingency awards, the winning driver will win over $2,500 if they have a R.A.D. engine, which Viens has under the hood of his #33 machine.

“Oh yeah, we’re pretty stoked about that race. We have a huge group of people coming to that race and along with Fall Final, that race is the race we’re going to focus the most on. We’re already working on our tire strategy so hopefully we can have three fresh tires for that race and we’re already working on how we’re going to run that race. I think our plan will be to start in the back and if we can survive the first couple of cautions and pass a few guys and get into the top-10 that would be a huge result for us as a new team.”

Viens enters the 2017 season with a host of sponsors returning from his 2016 Mini Stock efforts.

“We’re fortunate to have a lot of our sponsors from last year coming back with us,” said Viens.  “I have to thank Portraits By Nan, Gerry G’s Lawn Care, Coastline Fire Protection, Mainely Seafood, Shippee Solar, Gilman Villaud Funeral And Cremation Services, and Floors By Jimmy Buffit. I also have to give a special thanks to Ray Phillips, Joe Brockett, Nathan Broader, Cam and Zack Robinson, Eric Bourgeois, and my Mom and Dad.”

As he prepares for his rookie season at Stafford, Viens keeps himself sharp by going out and racing go karts. Viens typically races with some of the drivers that he will be racing on the track in the SK Lights this season and he says that racing the karts is a great way to keep his reactions sharp during the off-season. 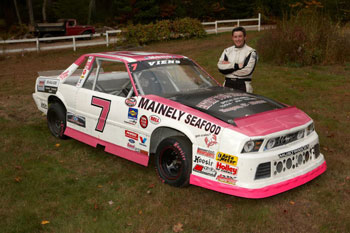 “I go to On Track Karting and I race with Mike Christopher, Jr., Bryan Narducci, Cassandra Cole, and a lot of other guys. We usually mess around but it teaches you car control, how to pass, and how to not scrub off speed, so I think it makes you a better driver,” said Viens. “I try to keep myself in pretty good shape with weight training and cardiovascular work and I’m focused on my goals. I think we usually spend around 6 hours a night in the garage looking at the car and seeing what we can make better. When we show up to the track, we want the car to be right so we can do the best we can with what we have.”

Viens will make his SK Light debut at the 46th Annual NAPA Auto Parts Spring Sizzler on April 28-30. Tickets for the “Greatest Race in the History of Spring” are on sale now at the Speedway Box Office. Tickets are priced at $40.00 for adult general admission tickets, $5.00 for children ages 6-14, and children ages 5 and under are admitted free of charge when accompanied by an adult. Reserved seating is priced at $42.00 for all ages. As always, Stafford Motor Speedway offers free parking with overnight parking available. All tickets are good for both Saturday and Sunday admission. All ticket prices include 10% CT Admission Tax.