The Whelen Modified Tour made a total of five visits to Stafford during the 1987 season with the CARQUEST Tech-Net Spring Sizzler, the Winston 100, the Manchester Oil Heat 100, the Pentax 100, and the CARQUEST Fall Final. Reggie Ruggiero won the Sizzler, Winston 100, and Fall Final, with Mike McLaughlin taking the Manchester Oil Heat 100 and George Kent winning the Pentax 100.

Stafford also played host to the K & N Pro East Series, or what was known in 1987 as the Busch North Series for the first time with Tommy Houston taking the checkered flag. 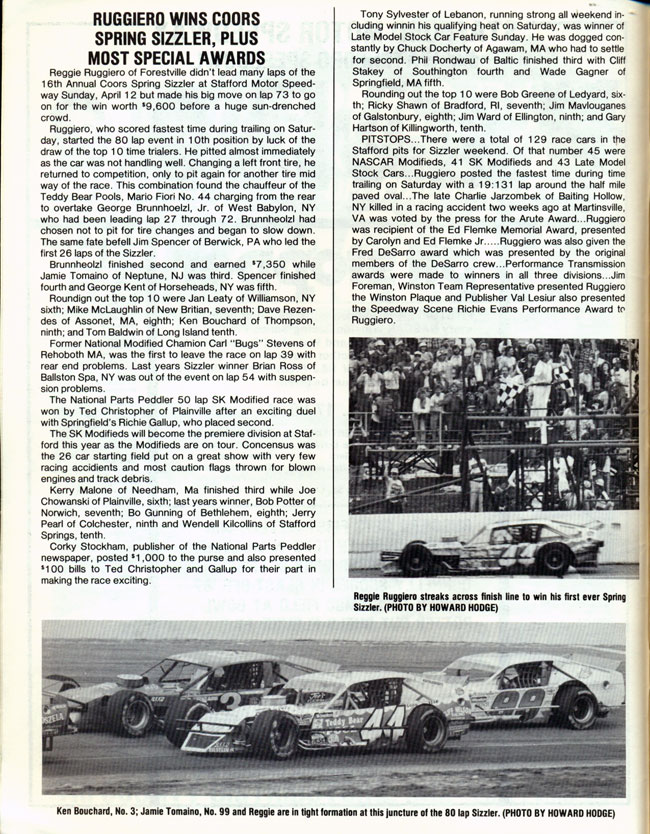 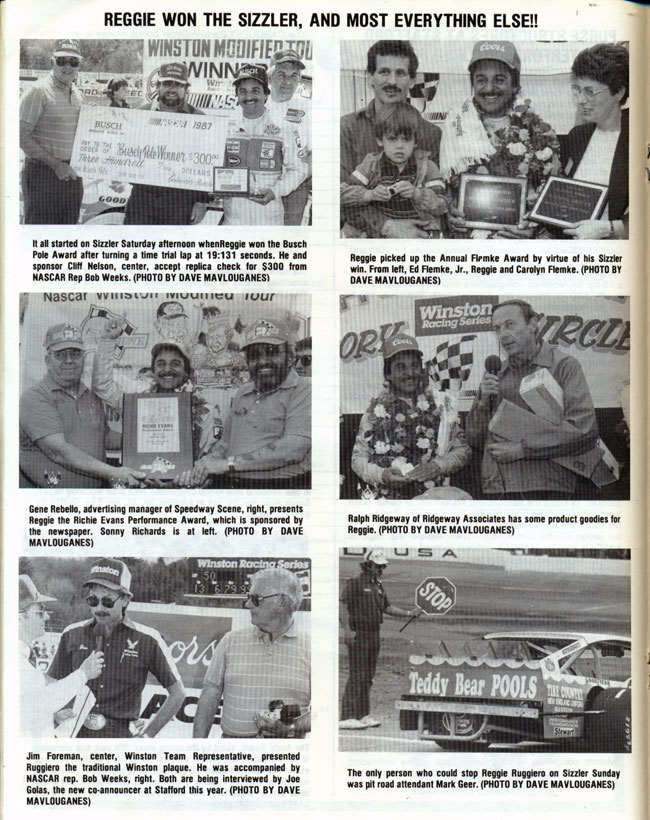 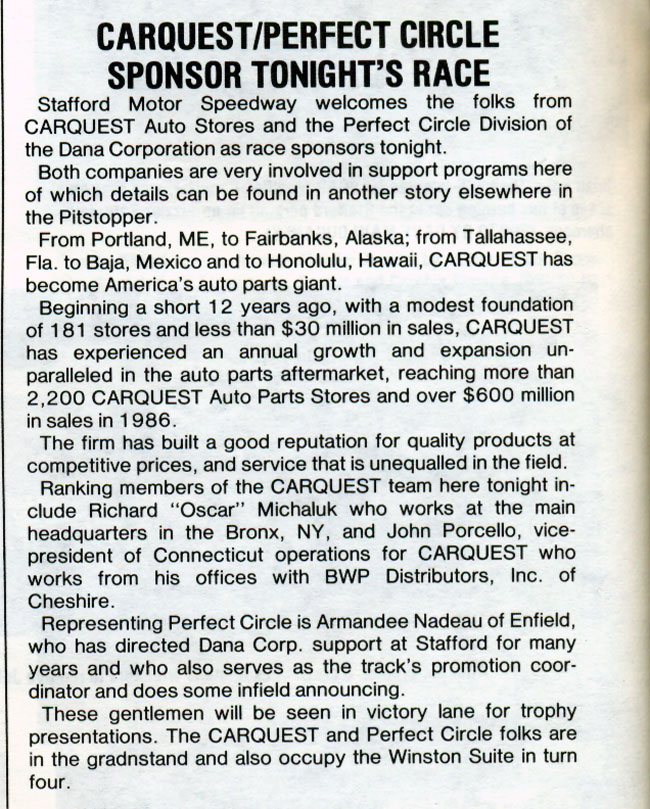 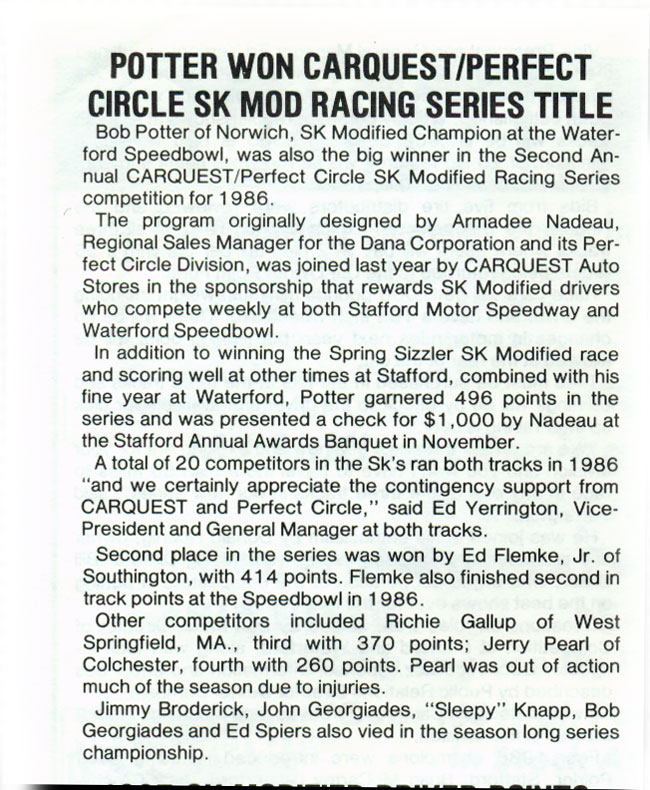 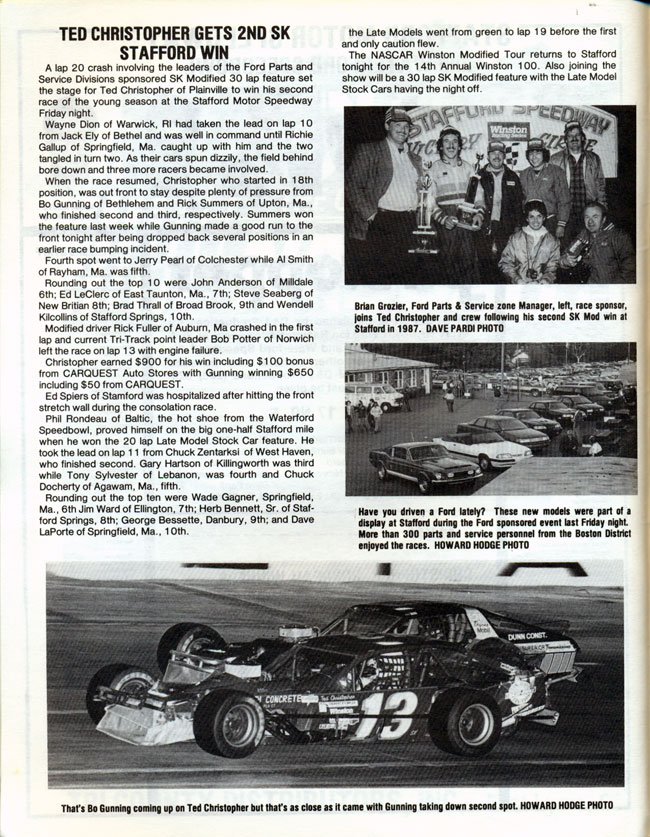 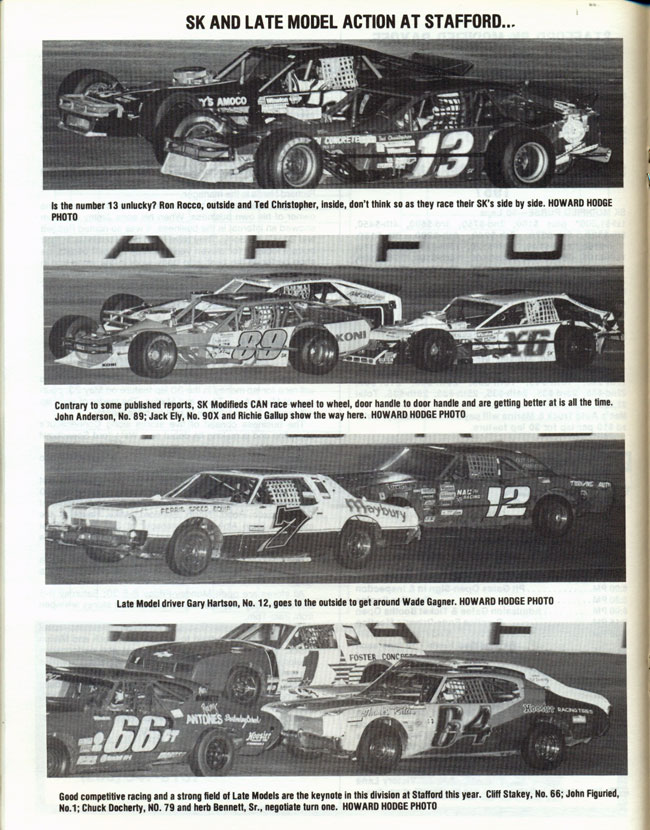 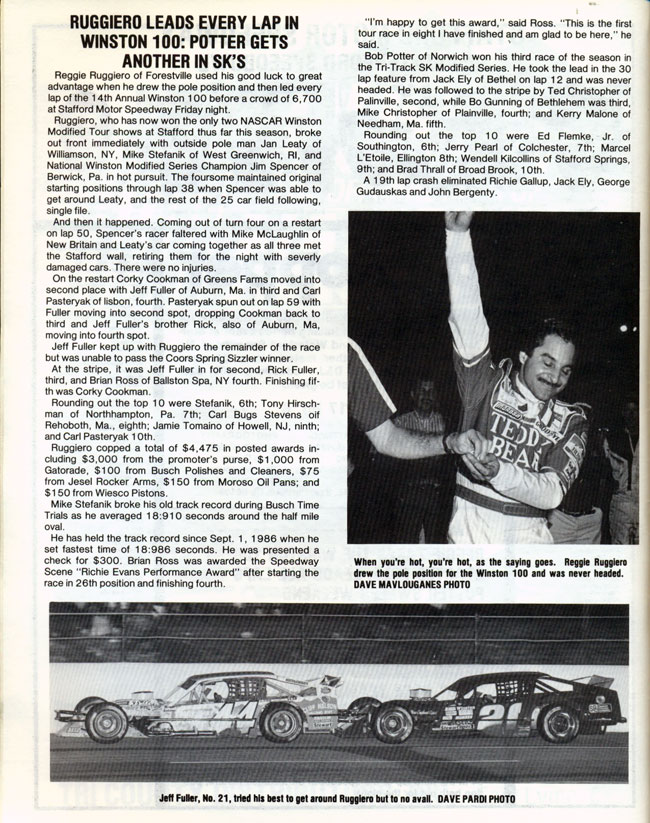 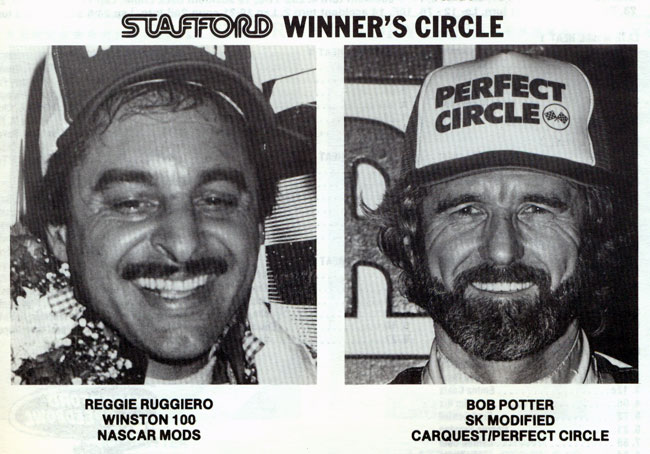 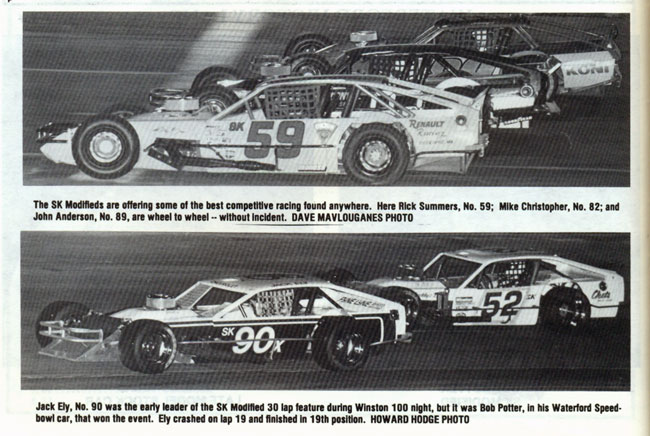 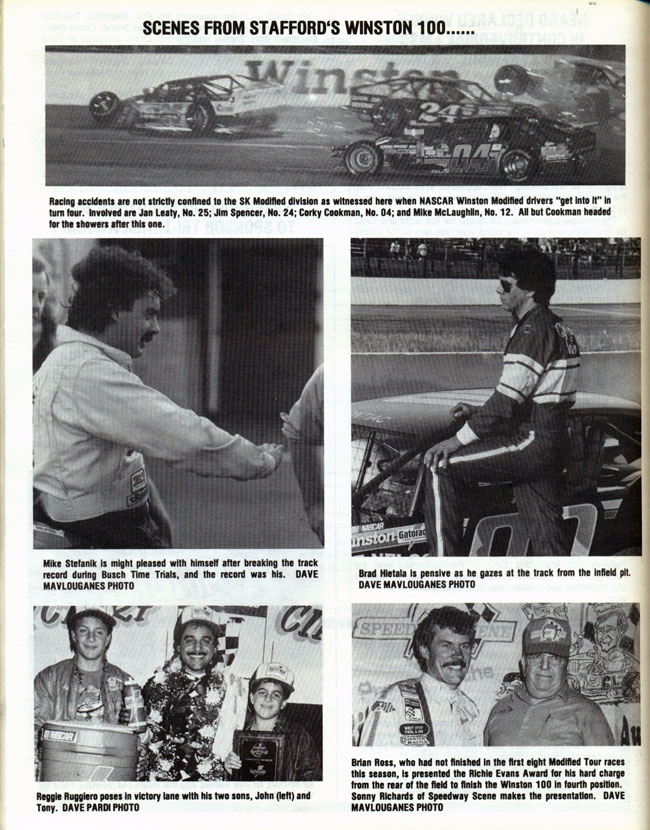 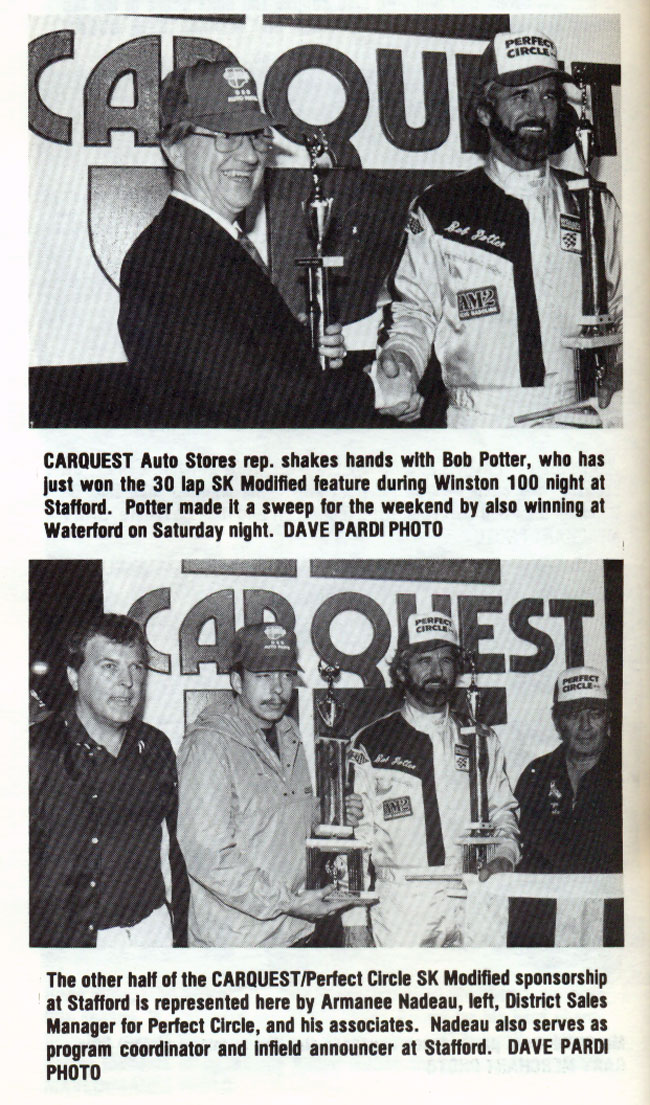 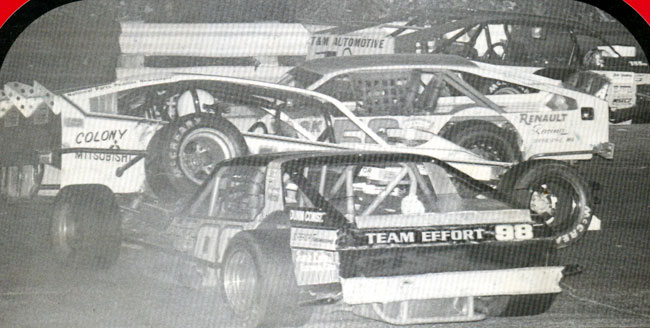 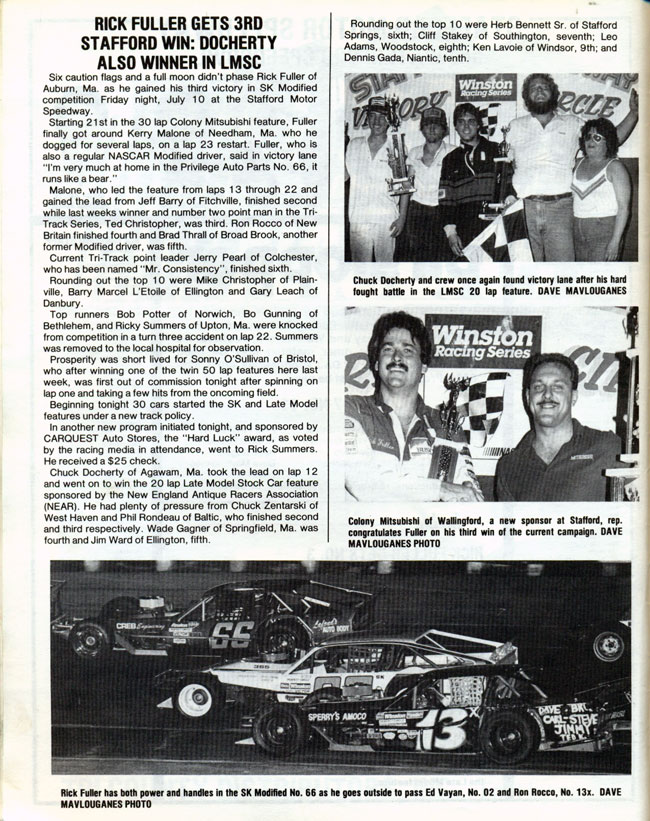 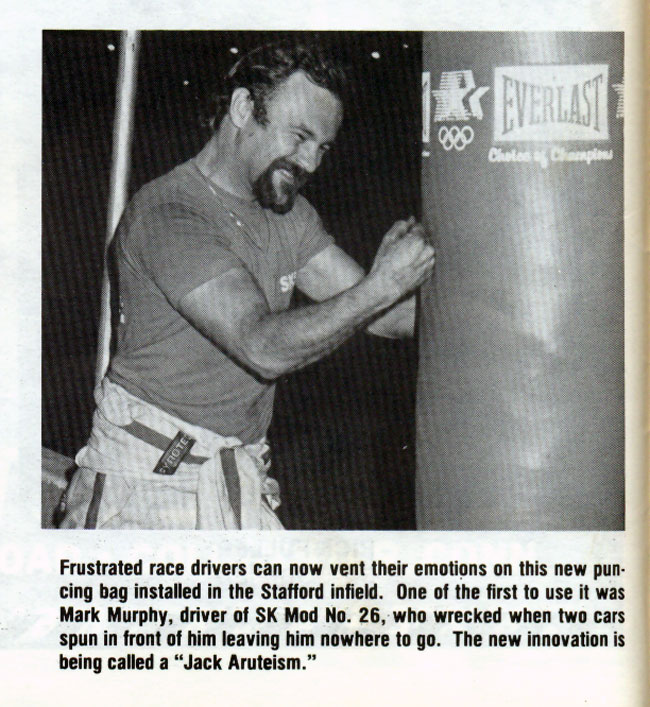 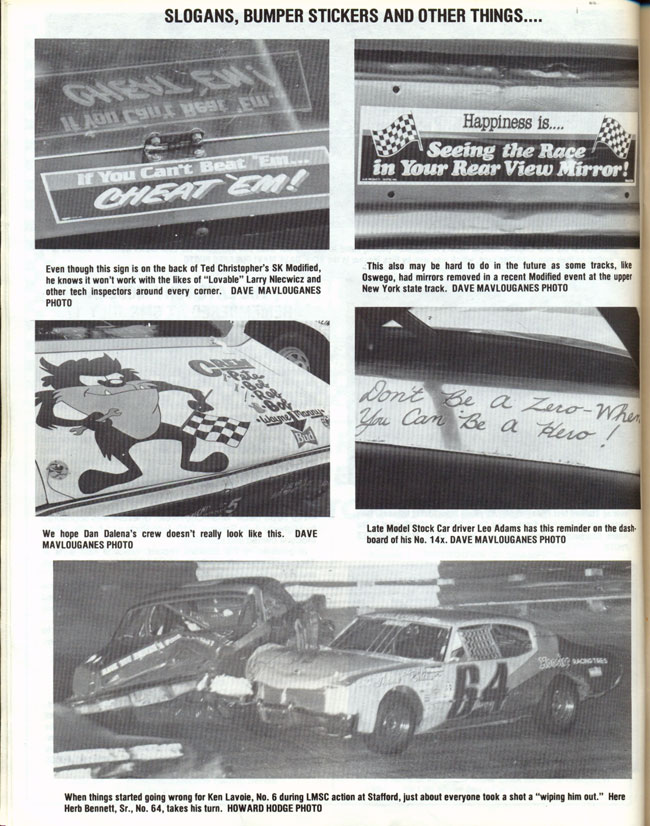 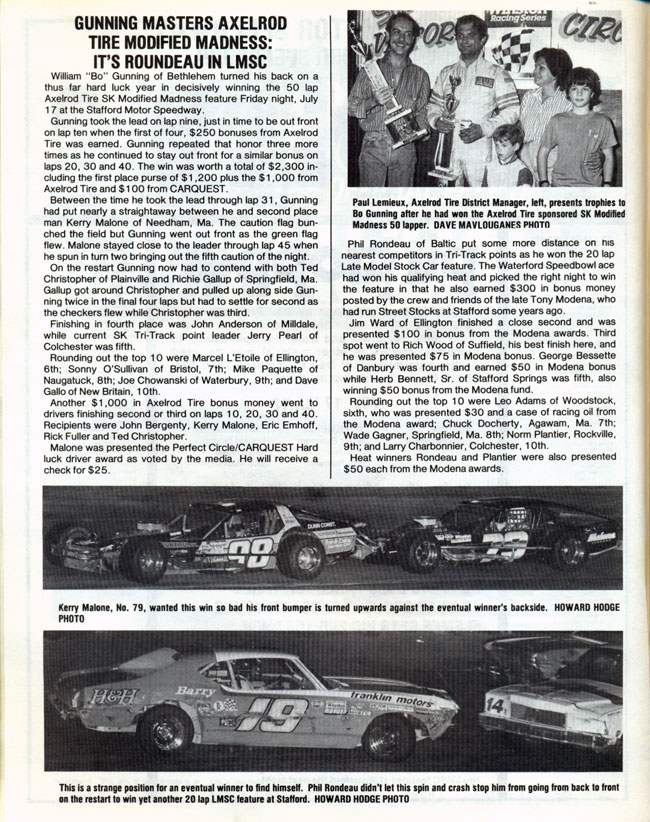 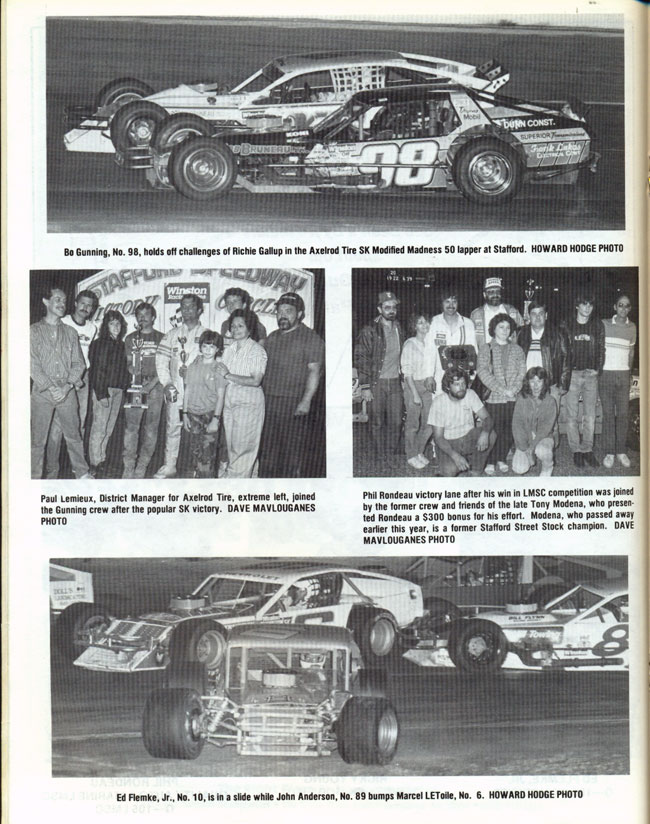 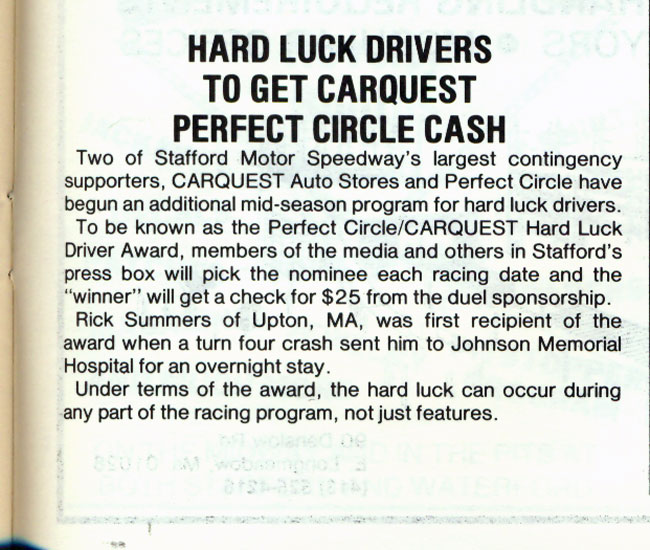 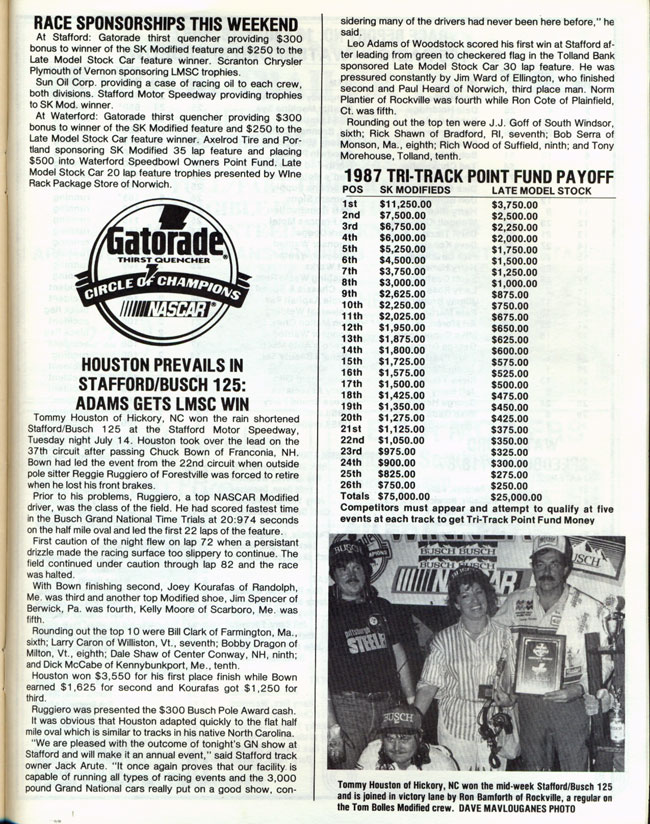 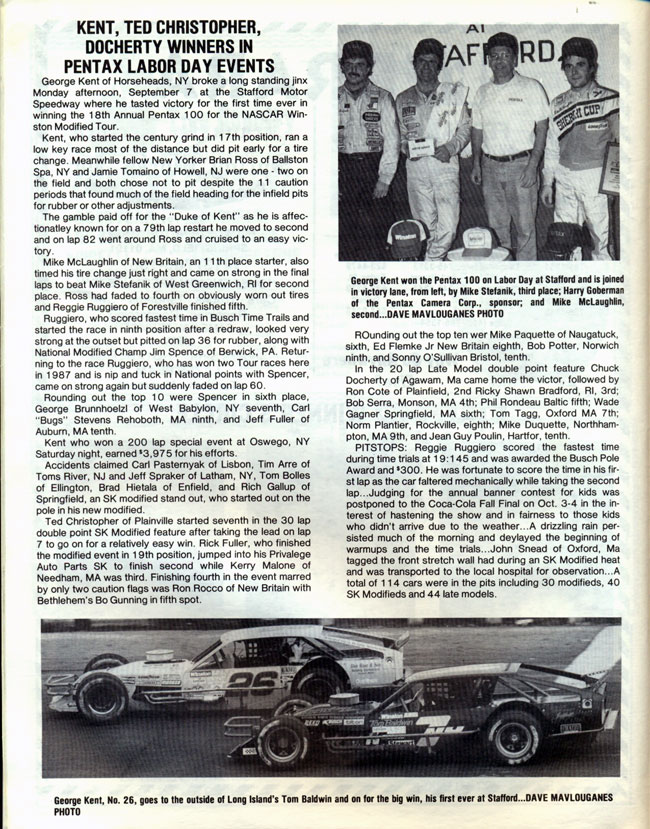 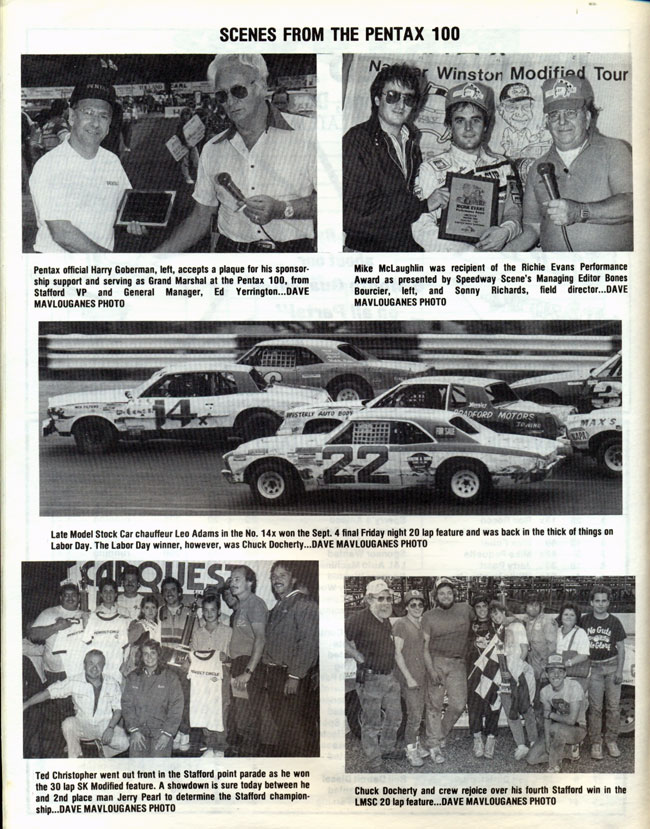 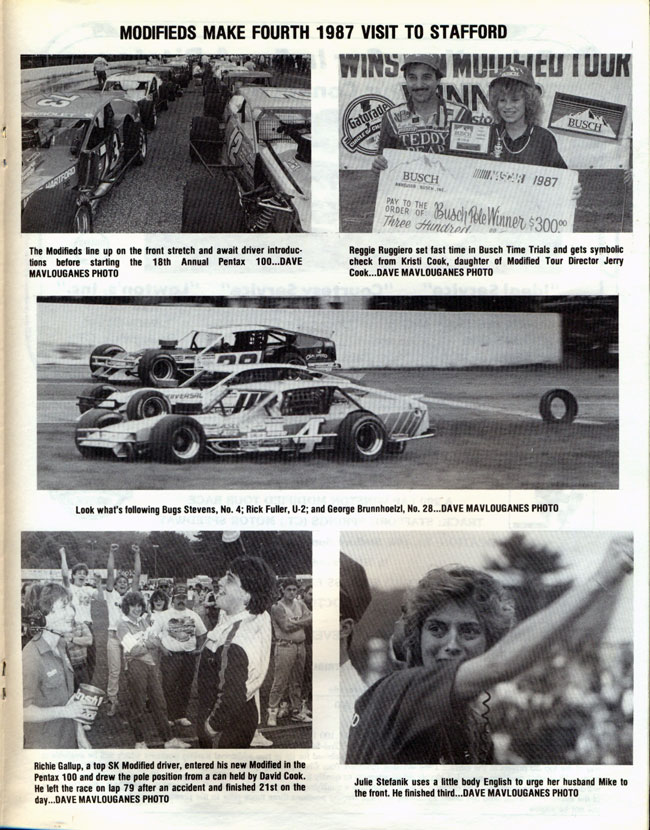 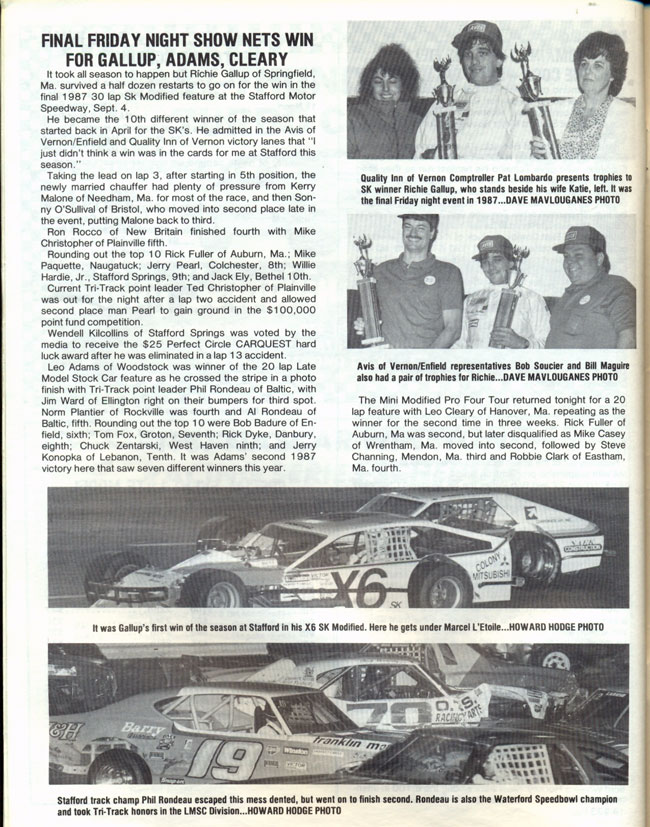