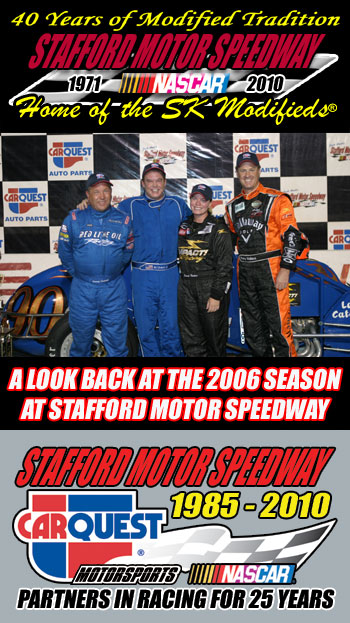 The 2006 season at Stafford Motor Speedway was a season that came with a heavy heart. Jack Arute, Sr., the founder of the SK Modifieds®, passed away in early April and the 2006 season was dedicated in his memory.

2006 was the 22nd season of the Stafford Motor Speedway / CARQUEST Auto Parts relationship. CARQUEST Auto Parts continued their NASCAR Touring division support by sponsoring the Whelen Modified Tour Spring Sizzler and CARQUEST Fall Final Weekend. CARQUEST Auto Parts brought the ISMA Supermodified cars back to Stafford for the Third Annual CARQUEST Extreme Tuesday event and they brought the PRA Big Car Series to Stafford for CARQUEST Presents the Big One. CARQUEST teamed with Valvoline to present the Valvoline $50,000 challenge for any driver who could win both the Midget and PRA Big Car races in the same night. Bobby Santos, III won the midget race and then had to start the PRA feature in last place and he drove through the field to collect the $50,000 bonus. Along with the ISMA Supermodifieds, NEMA Midgets, and Pro-4 Modifieds, CARQUEST again lined up an all-star cast of Rusty Wallace, Al Unser, Jr., Sarah Fisher, and Sammy Swindell for a match race using PRA Big Cars, which were the old style USAC Silver Crown type machines. CARQUEST also continued their support of Stafford’s weekly divisions with a $150 bonus to each SK Modified® feature winner a $125 bonus to each Late Model feature winner, and a $100 bonus to each winner of the newly formed Limited Late Model division. New for the 2006 season was a contingency sponsorship from Bosch Spark Plugs, which CARQUEST helped bring to the Speedway. Bosch gave each of the top-3 finishers in the newly formed SK Light Modified division a $50 bonus. 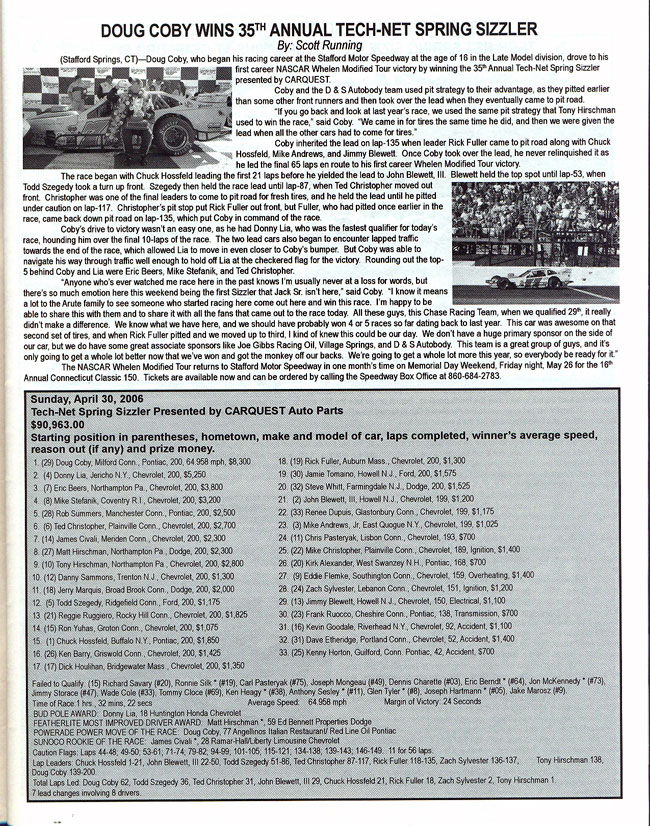 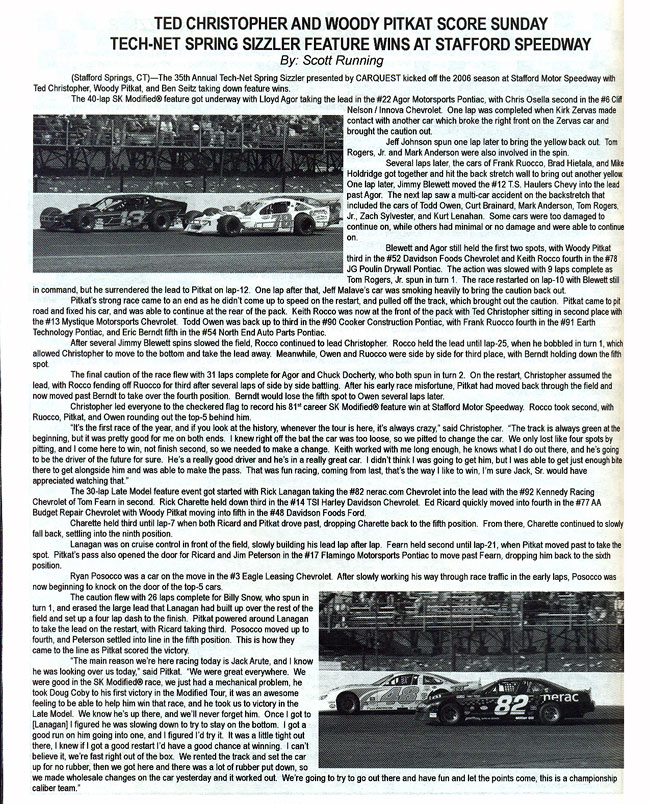 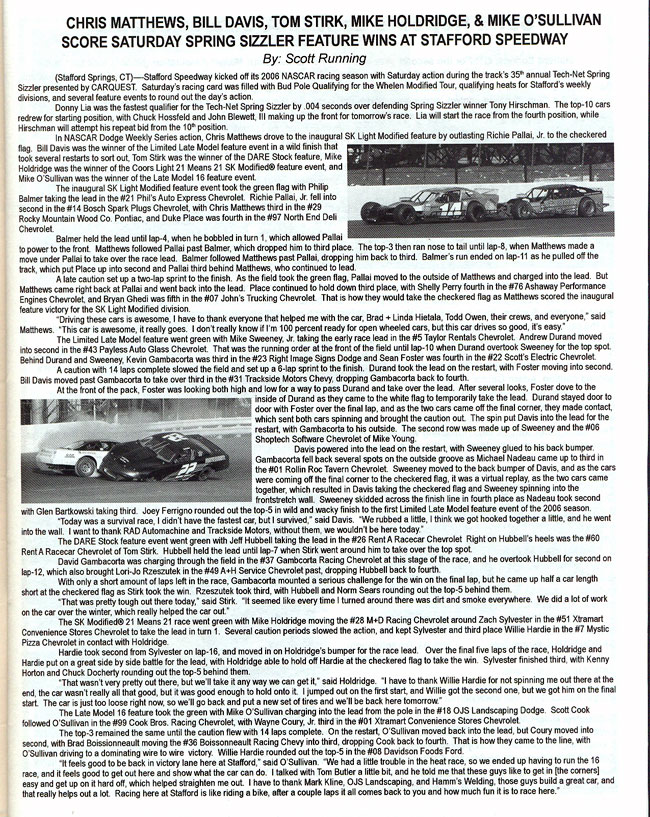 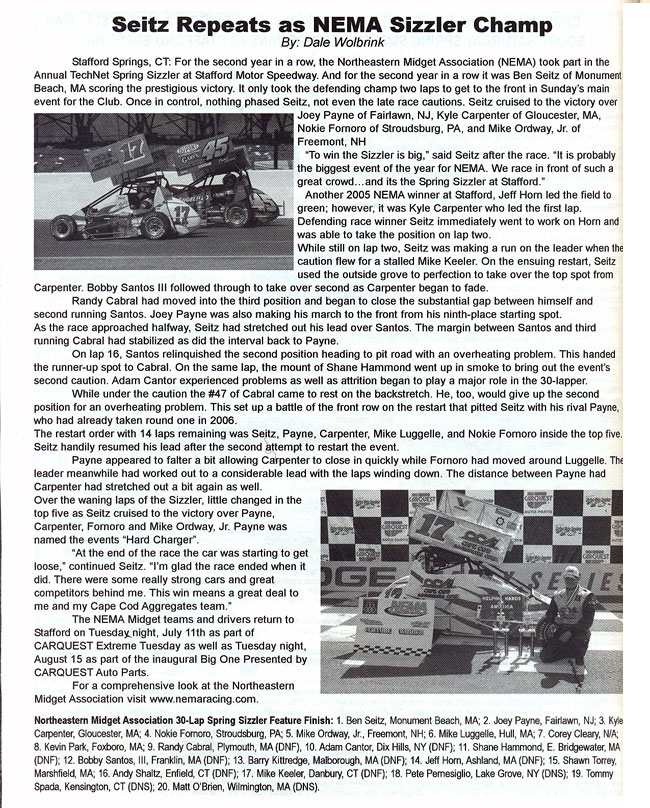 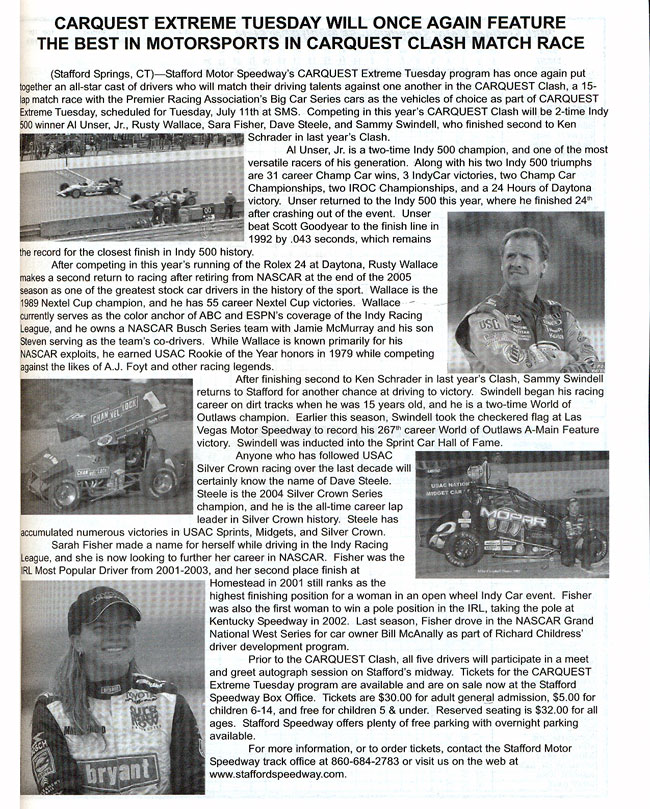 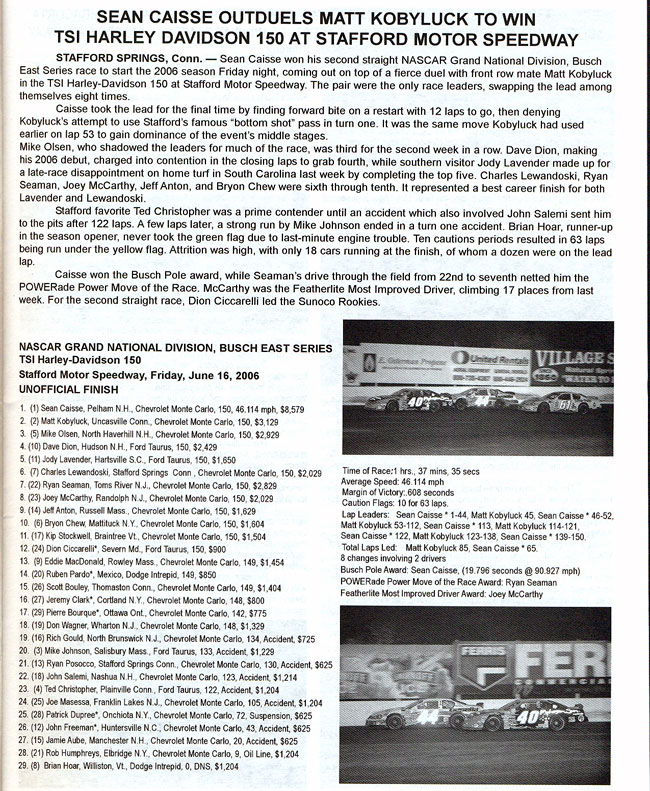 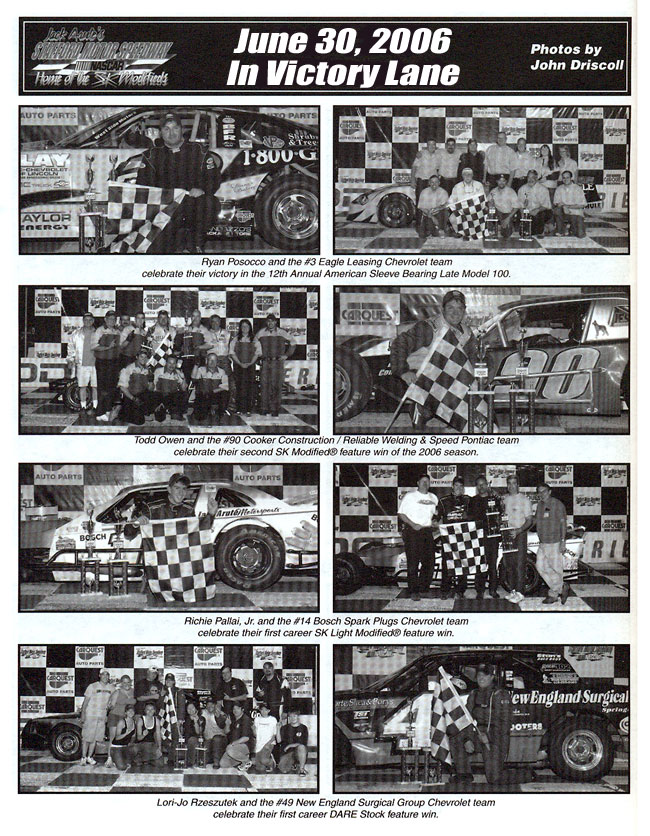 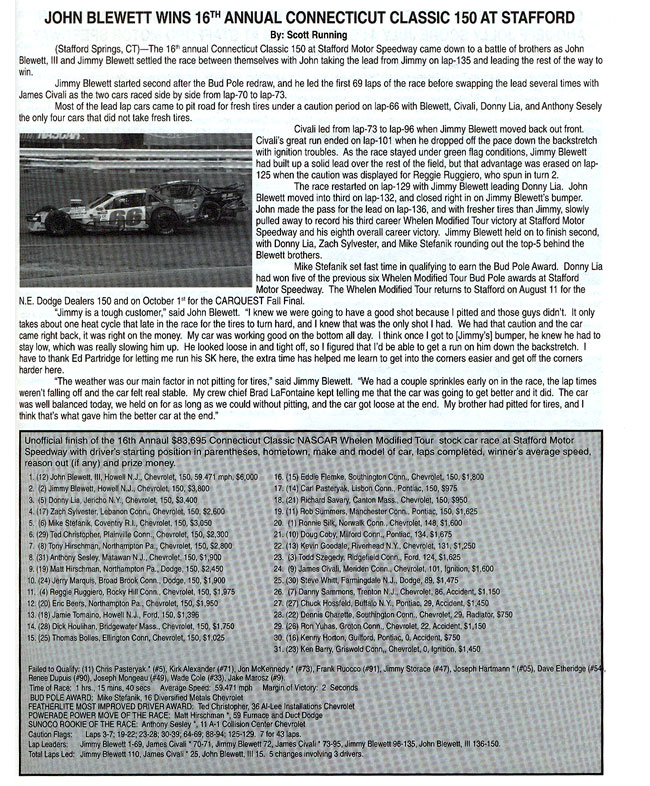 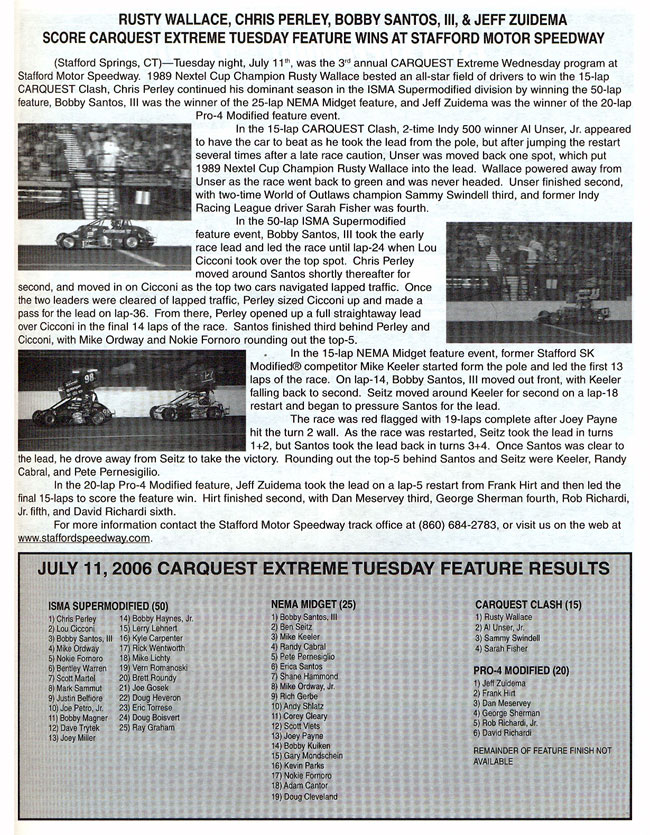 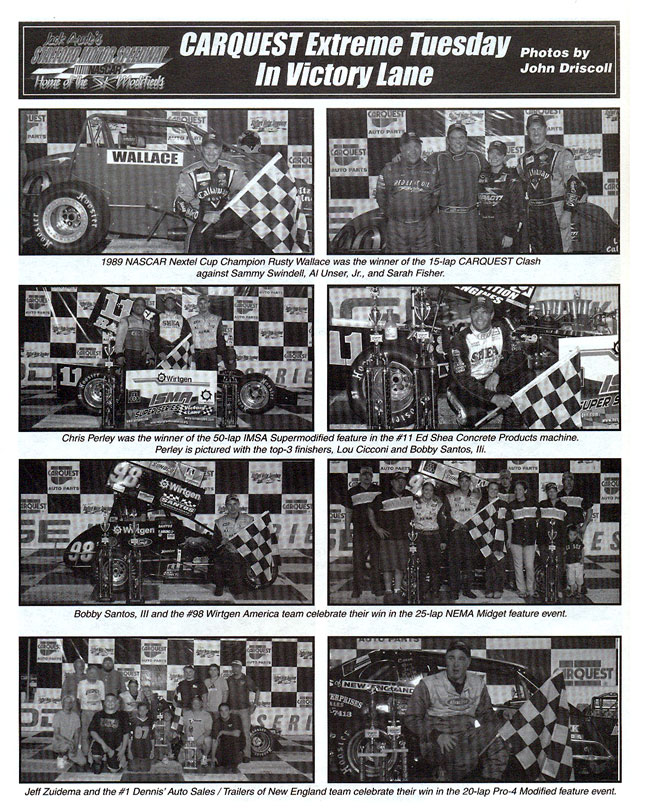 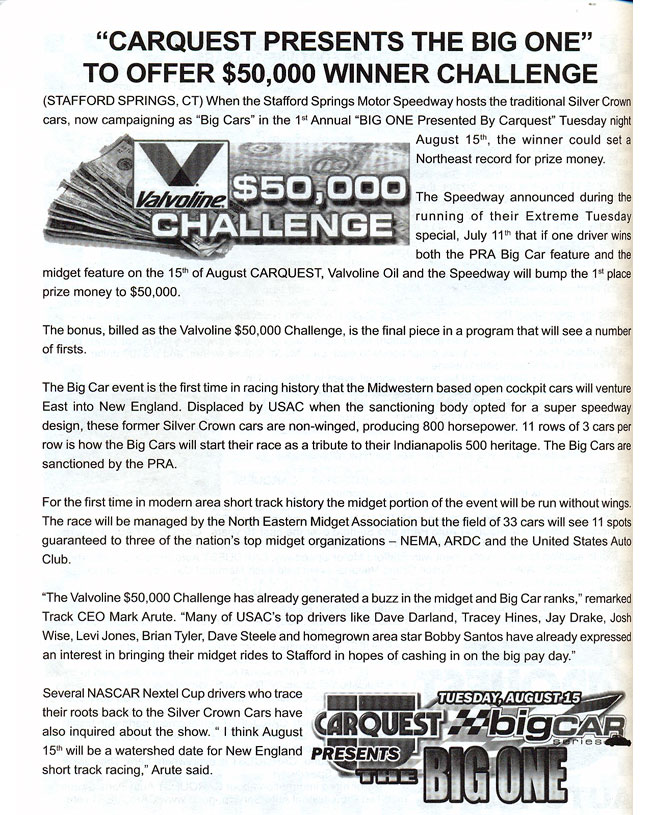 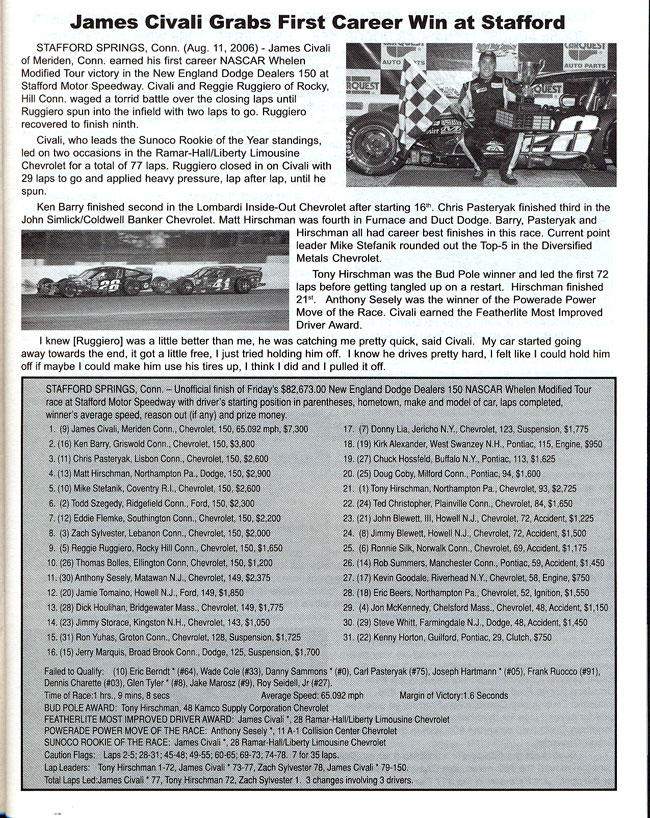 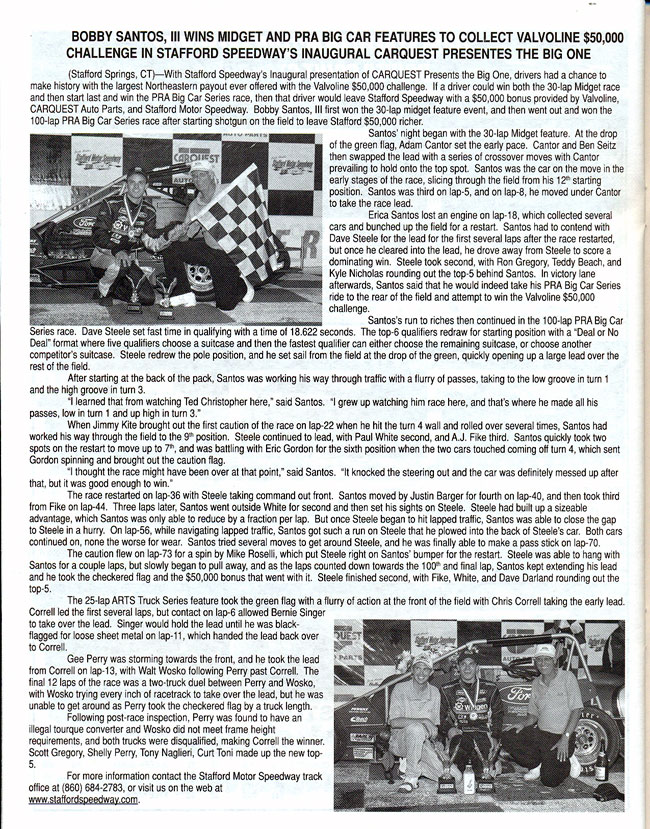