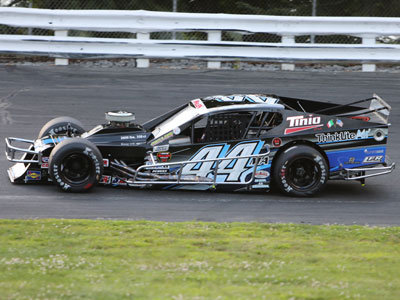 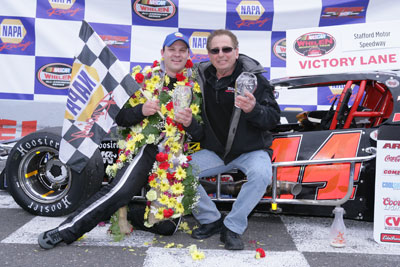 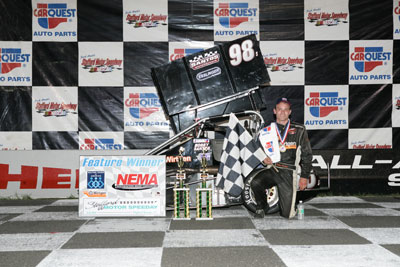 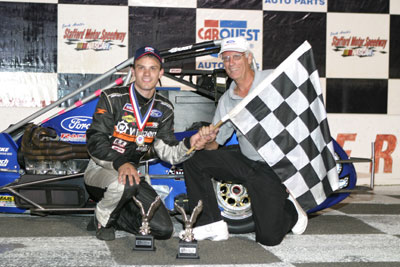 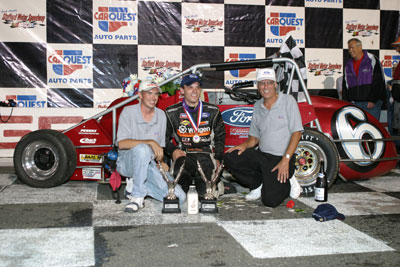 Santos won the Wingless Midget feature on August 15, 2006 and then started in the rear of the field
for the PRA Big Car Series feature, which he won to collect the $50,000 Valvoline Challenge bonus.