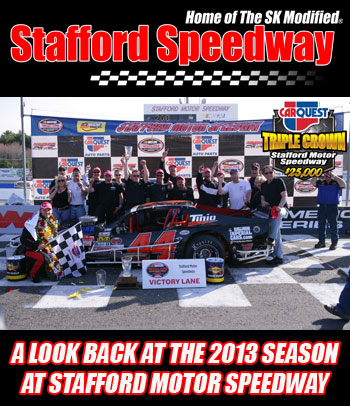 The 2013 season marked the 28th and final year of the partnership between CARQUEST Auto Parts and Stafford Motor Speedway. CARQUEST Auto Parts remained the title sponsor of the Tech-Net Spring Sizzler, CARQUEST Super Saturday, and the CARQUEST Fall Final Weekend. along with taking over title sponsor duties of the August NWMT race.  With CARQUEST serving as the title sponsor of three of Stafford’s four NWMT races, the CARQUEST Triple Crown bonus was created where any driver who won all three races would receive a $25,000 bonus.  Bobby Santos and the #44 Tinio Corp. team won the Spring Sizzler and became the eligible driver, but there were four different winners in the races. 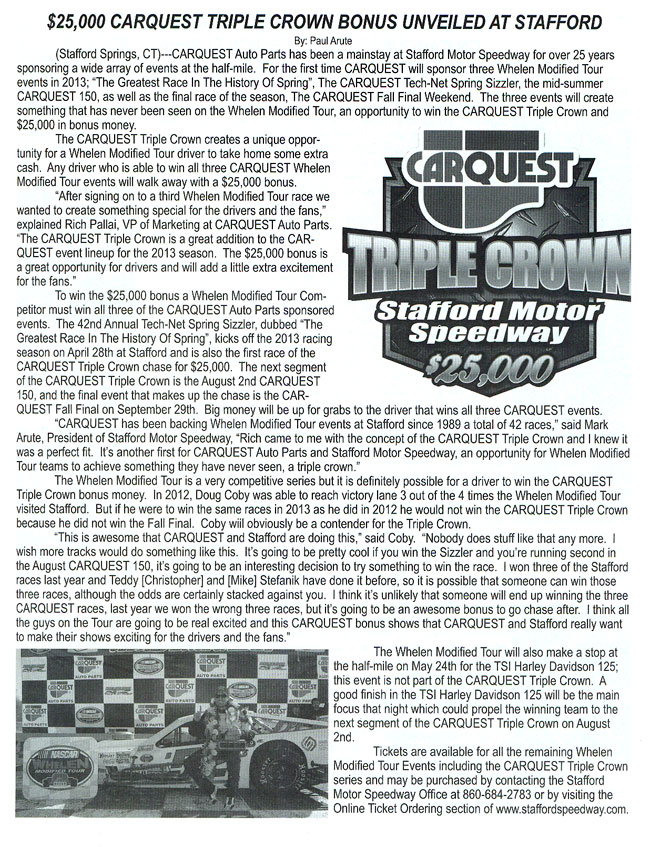 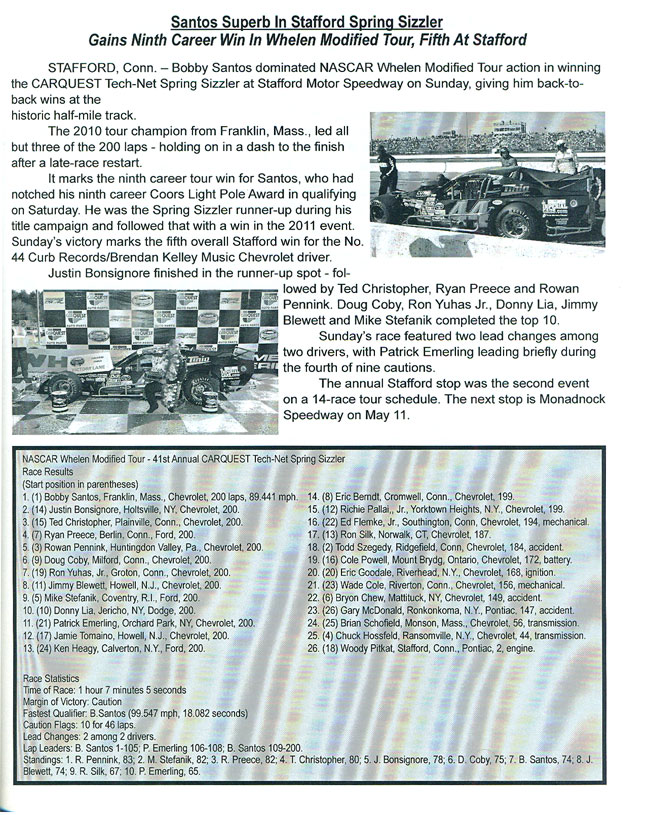 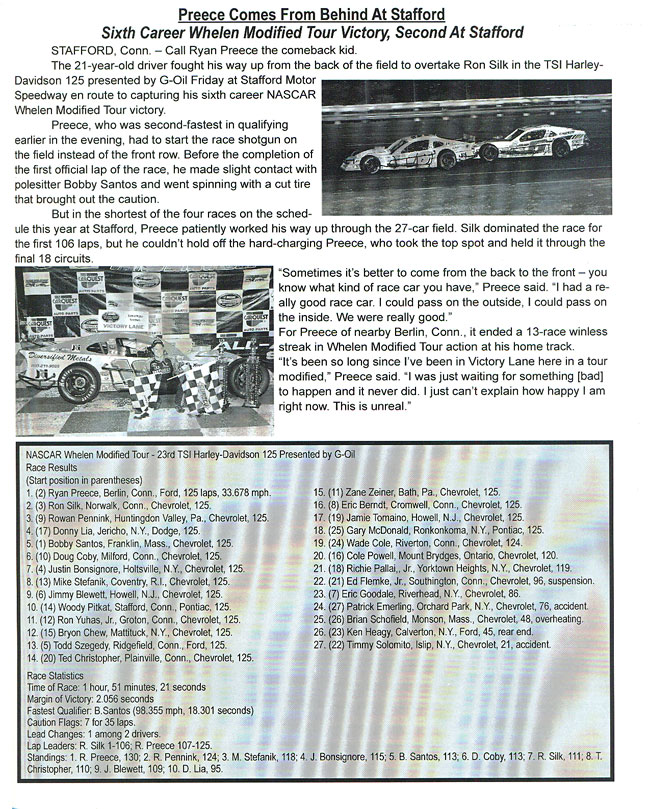 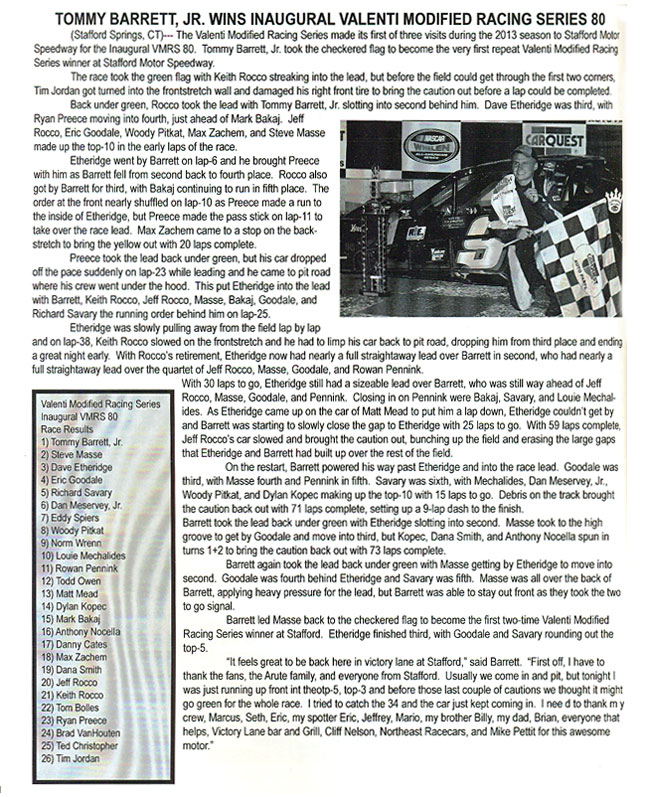 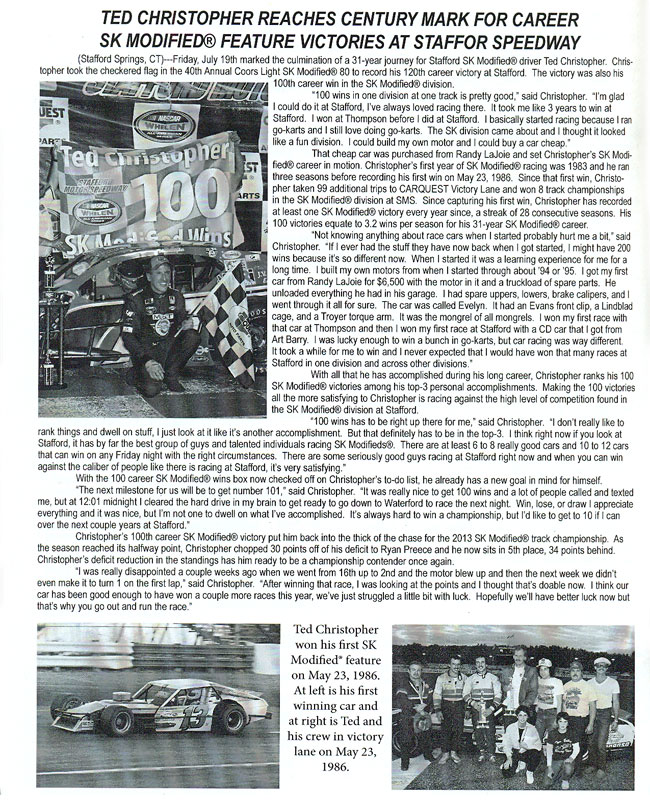 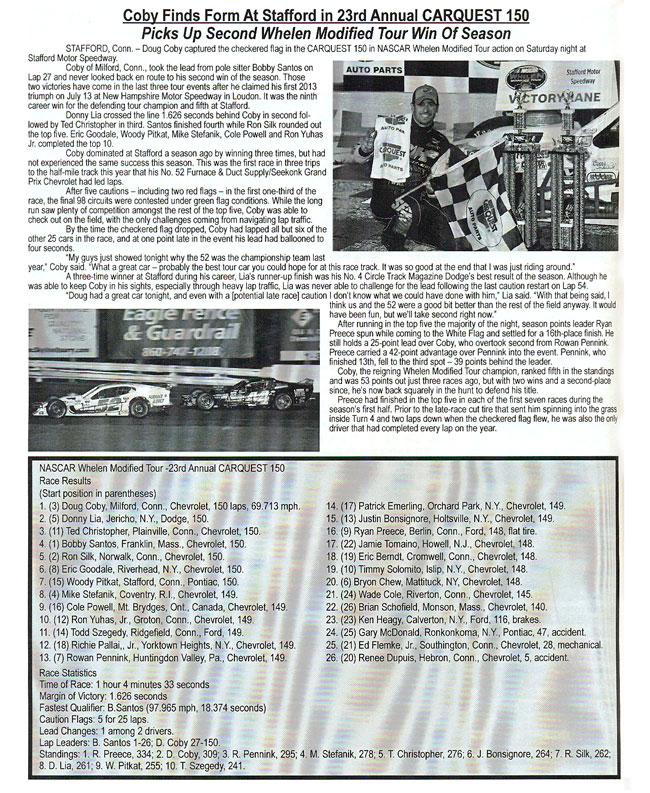 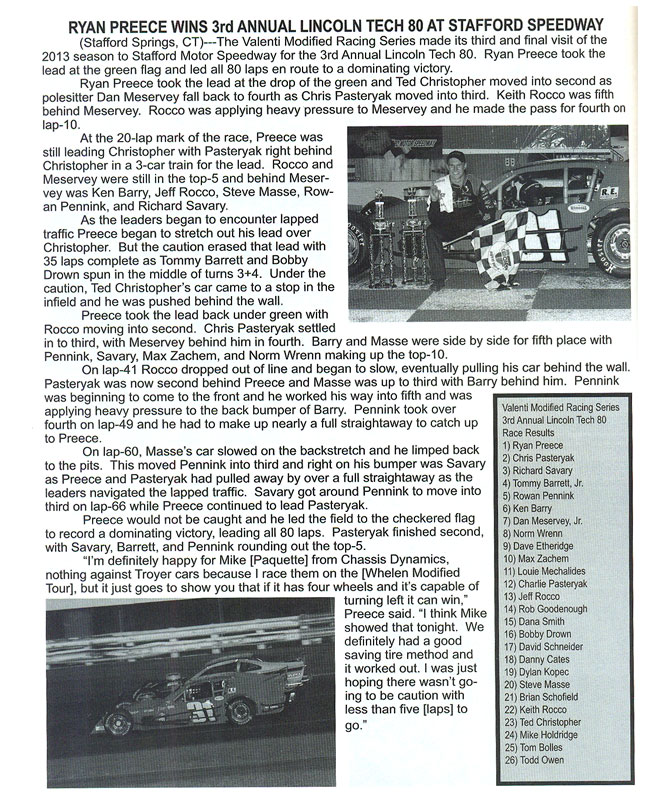 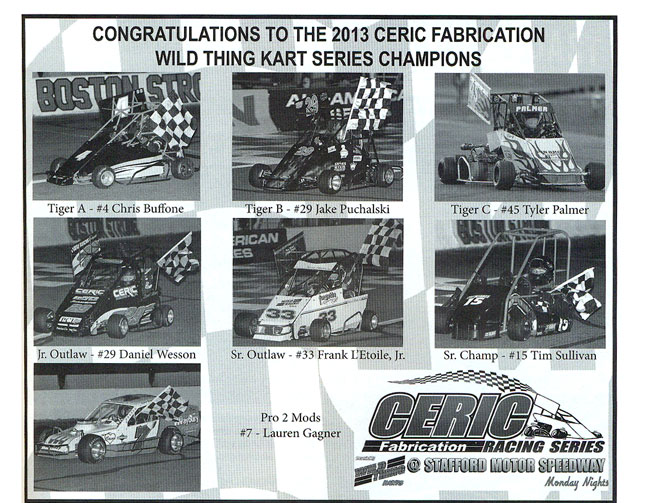