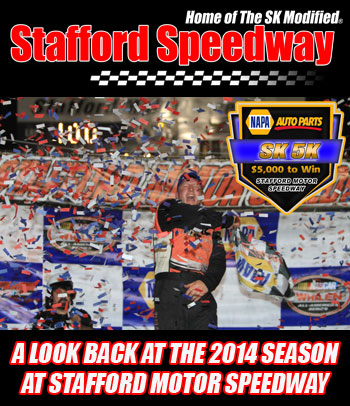 The 2014 season at Stafford ushered in a new era with NAPA Auto Parts becoming the new Elite Corporate Sponsor of the track.  NAPA became the title sponsor of the Spring Sizzler and Fall Final events as well as introducing a new event, the NAPA SK 5k.  The SK 5k paid $5,000 to the winner along with allowing fans to help determine the race format through a fan vote.  The fans voted on the number of laps for the feature, would the qualifying format be time trials or heat races, the tire change policy for the feature between being allowed to change 2, 4, or no tires during the race, and how the starting lineup would be set between inverting the top 6, 8, 10, or 12 cars, or utilizing the regular weekly handicapping system.  The results ended up being a 100-lap race with heats as the qualifying procedure with no tire changes allowed and the lineup was set by inverting the top-12 cars from the heat races.  Rowan Pennink and the #99 team took home the checkered flag and the $5,000 purse. 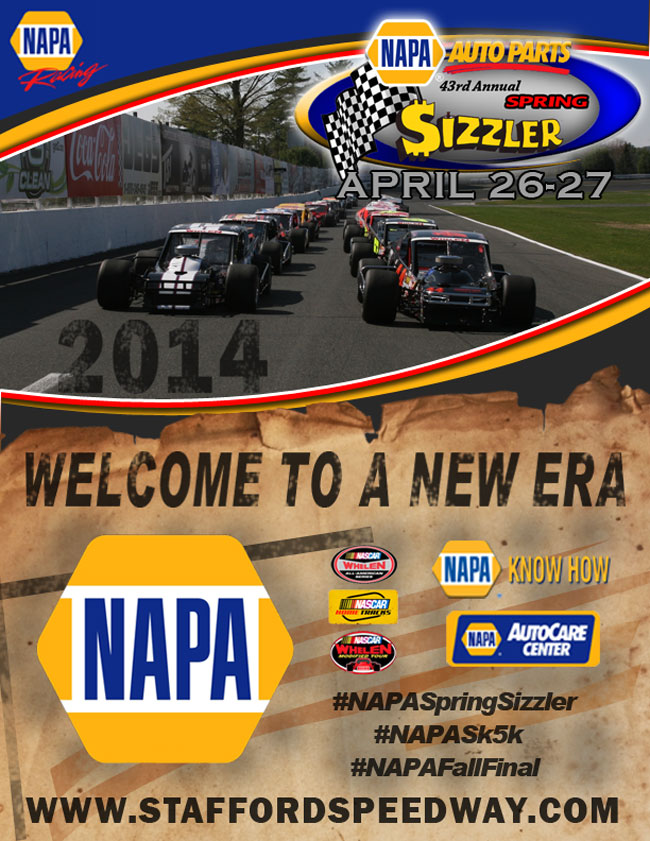 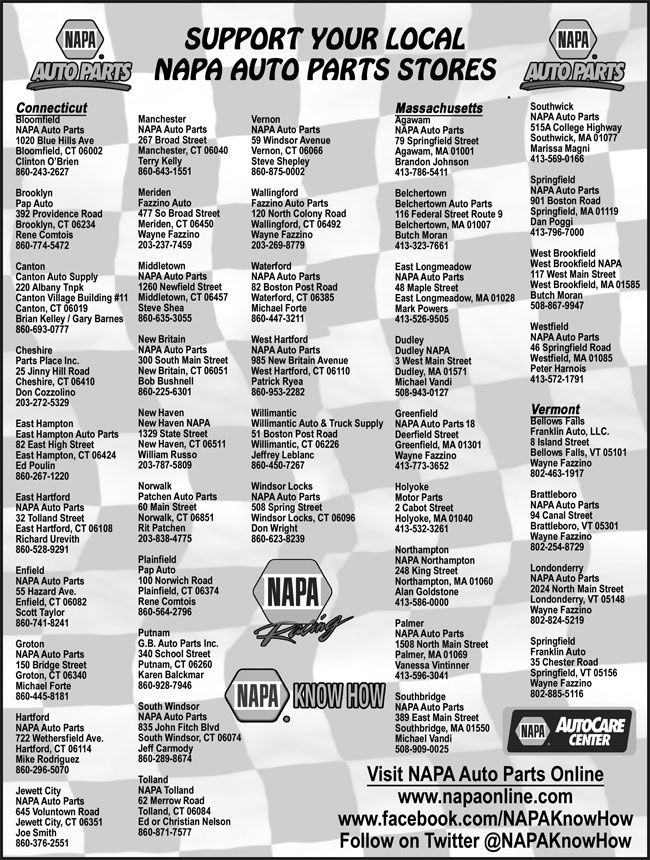 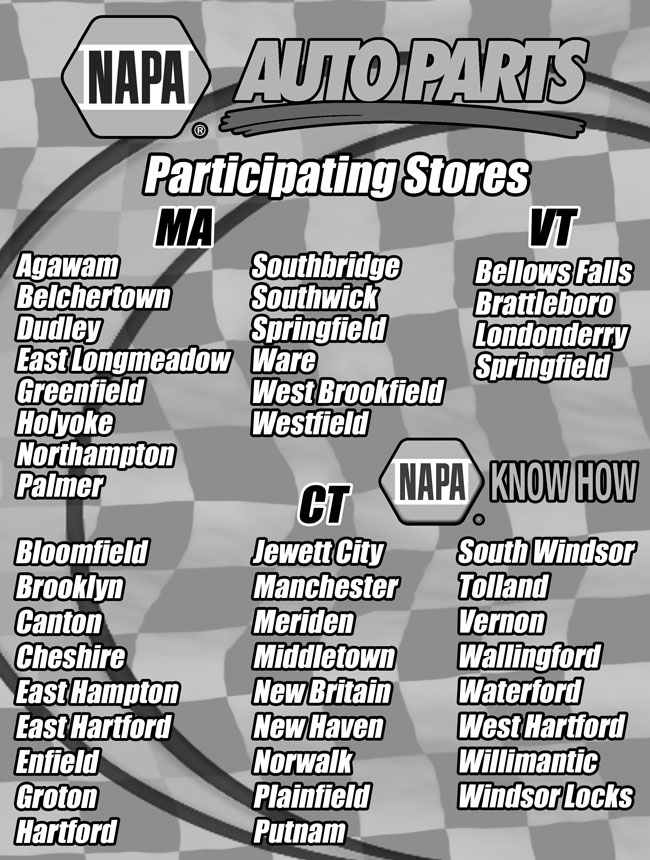 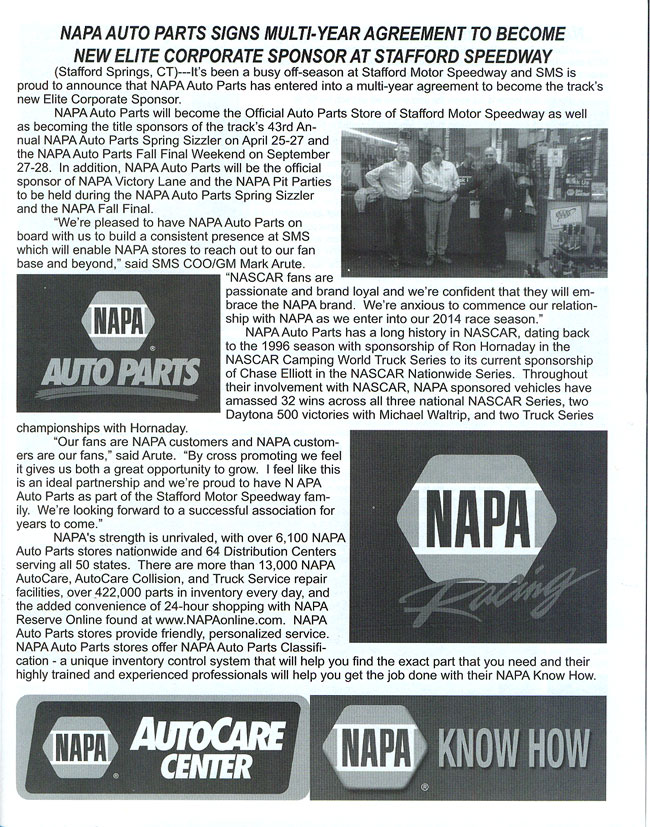 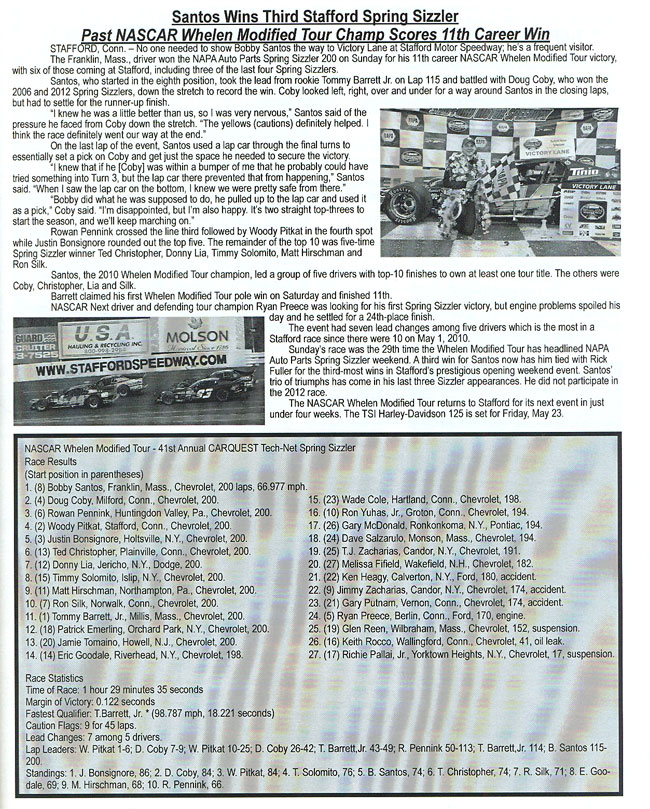 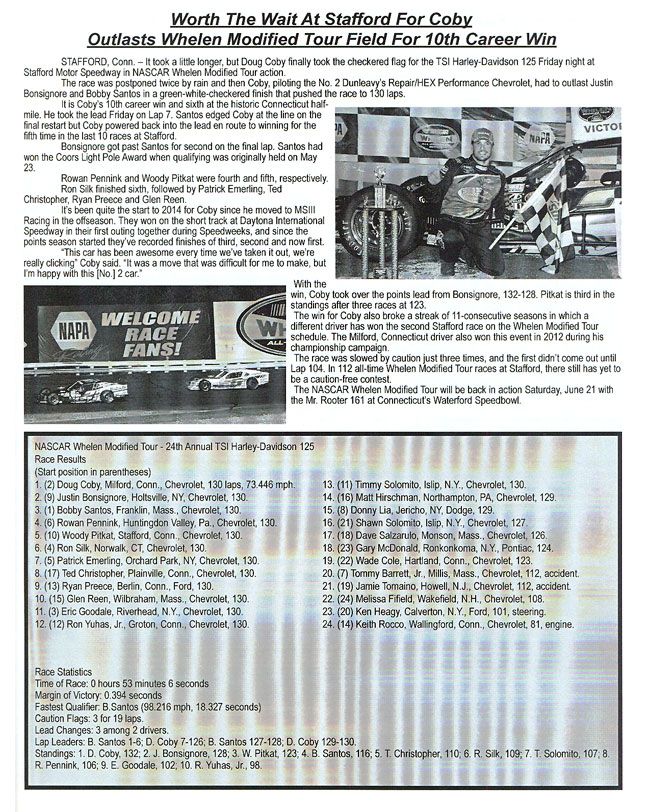 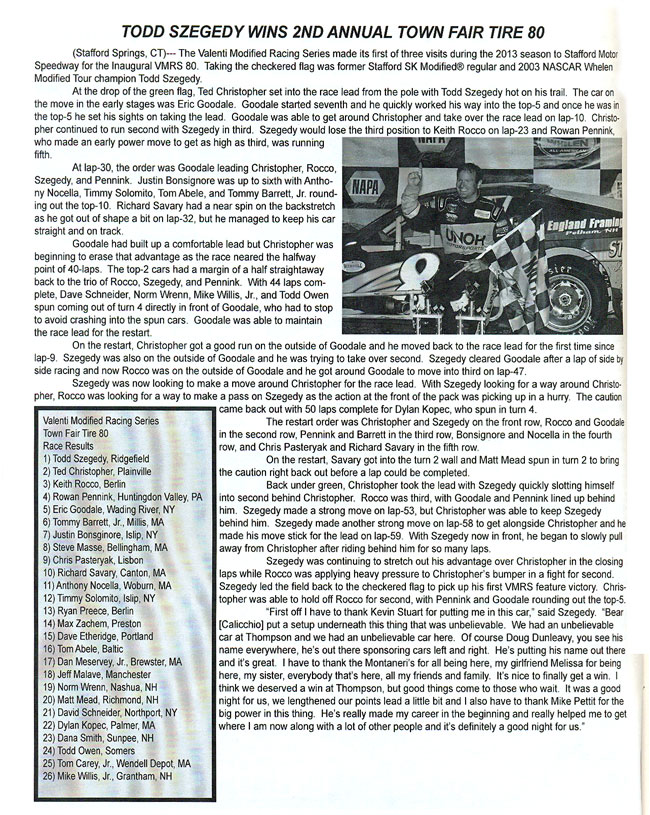 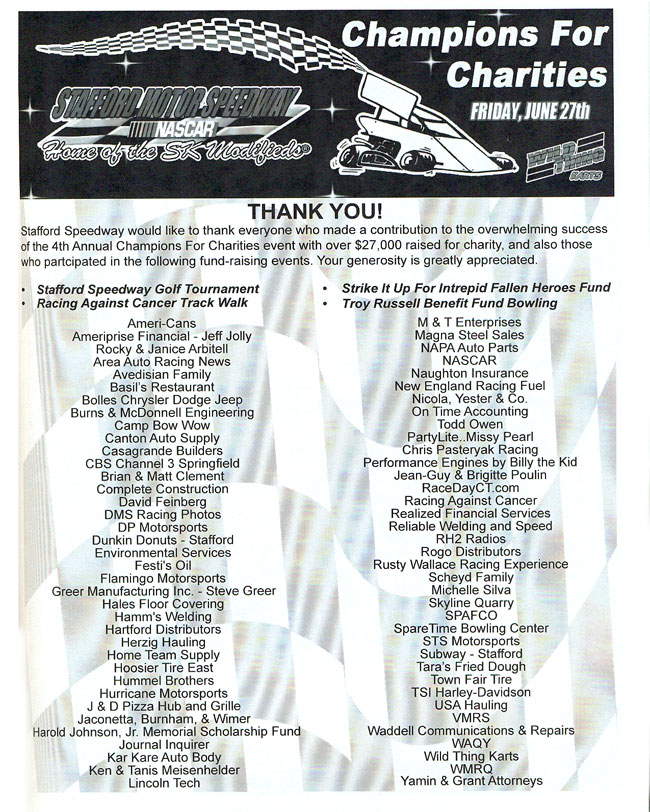 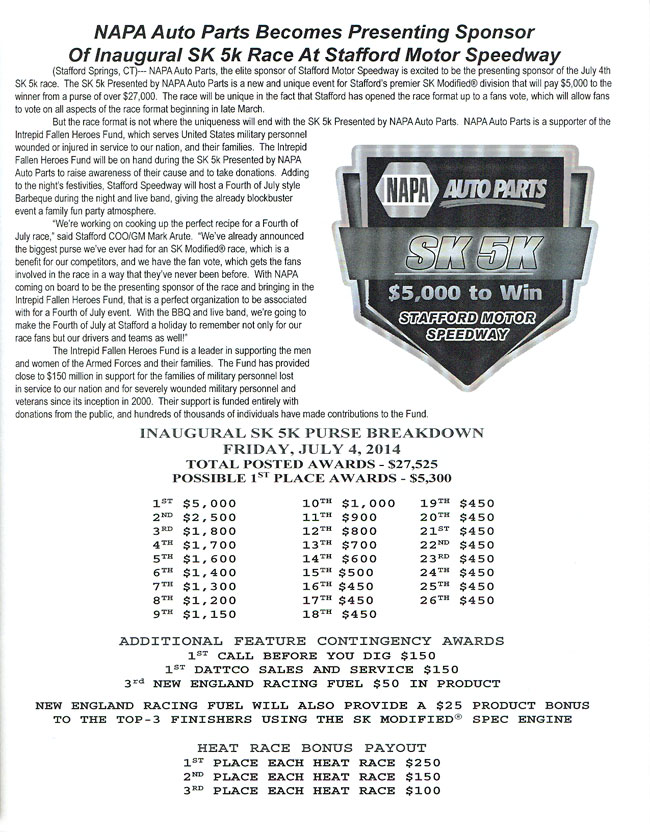 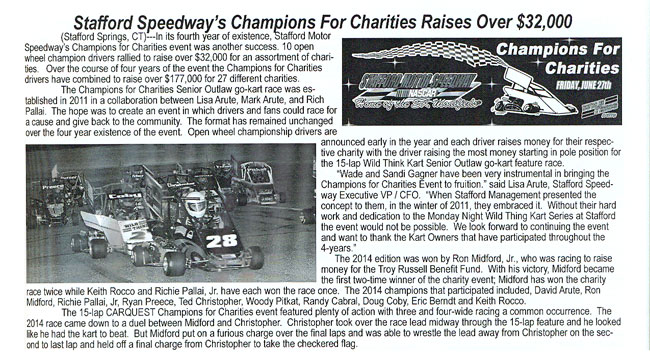 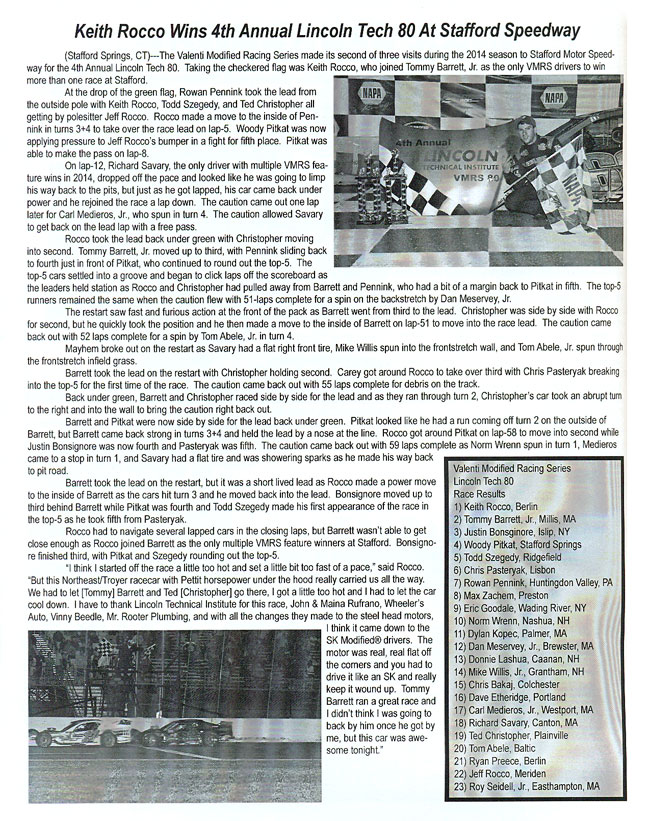 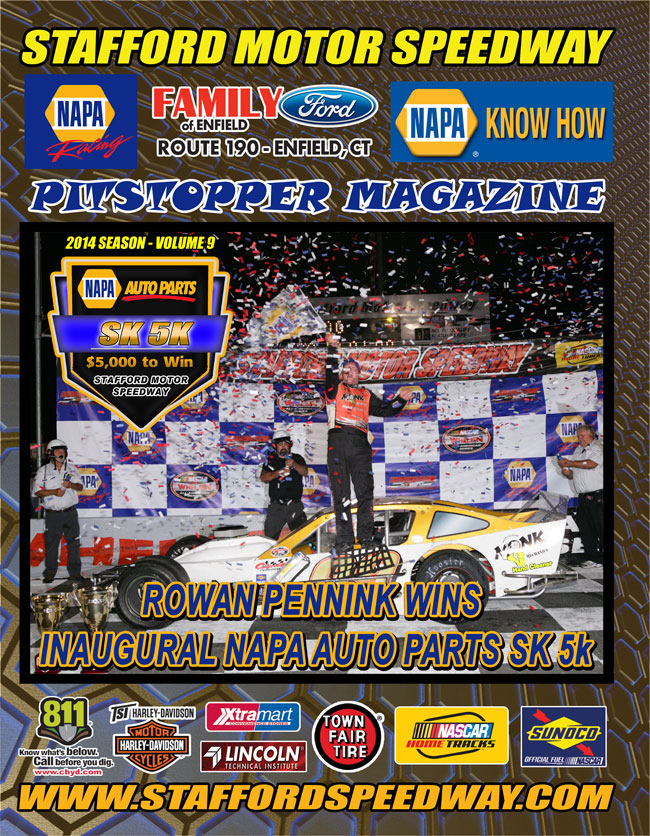 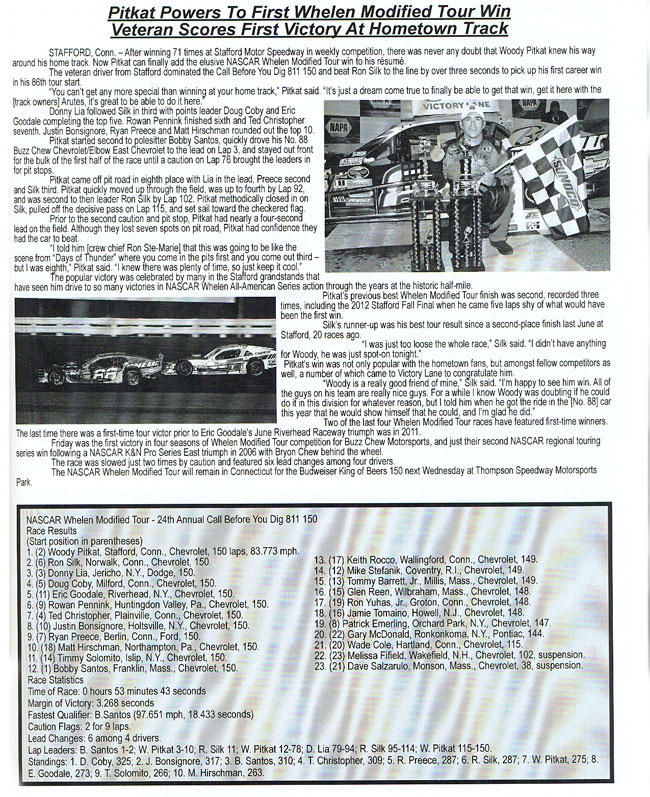 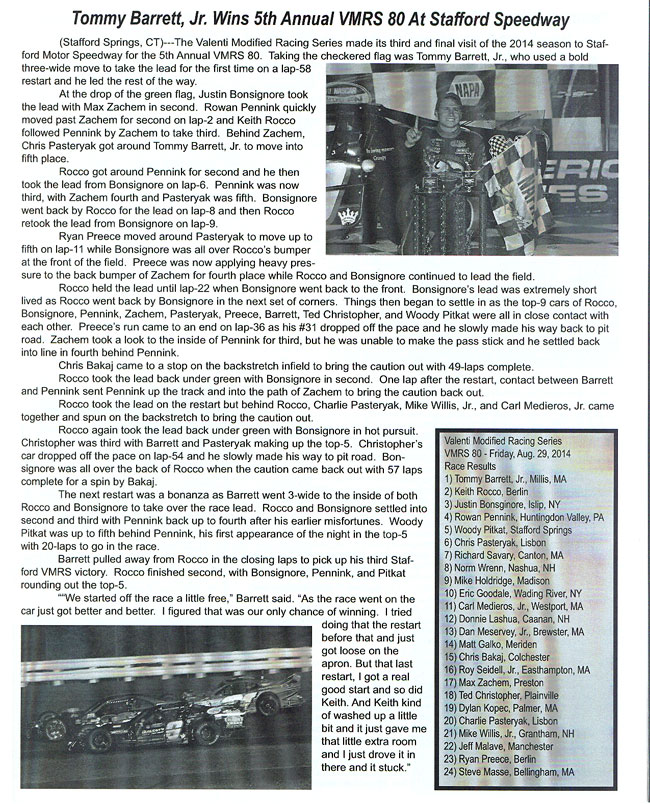