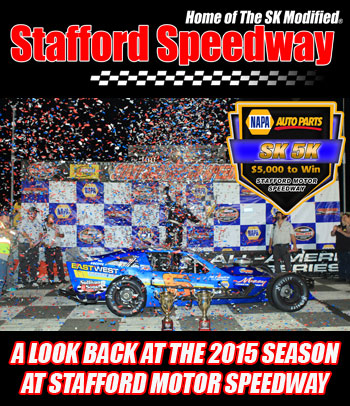 The 2015 season was year 2 of the new partnership between NAPA Auto Parts and Stafford.  NAPA continued as the title sponsor of the Spring Sizzler and Fall Final events as well as the NAPA SK 5k.  The fan vote returned for the SK 5k and with help from Dunleavy’s Truck and Trailer Repair and John Rayner from Rayner Real Estate, the Gambler’s Challenge was established.  Drivers would put $100 into a pot and that would be matched by Dunleavy’s and Rayner Real Estate.  The fan vote gave three options that would go into a hat where the race winner would pick one of the choices of how to distribute the Gambler’s Challenge bonus.  The fans also voted once again on the number of laps for the feature and how the starting lineup would be set between inverting the top 5, 10, or 15 cars, or start heads up from the heat races.  Ryan Preece won the 100-lap race and in victory lane pulled the chip with the winner takes all for the Gambler’s Challenge, giving him a record SK Modified® payday of $12,875. 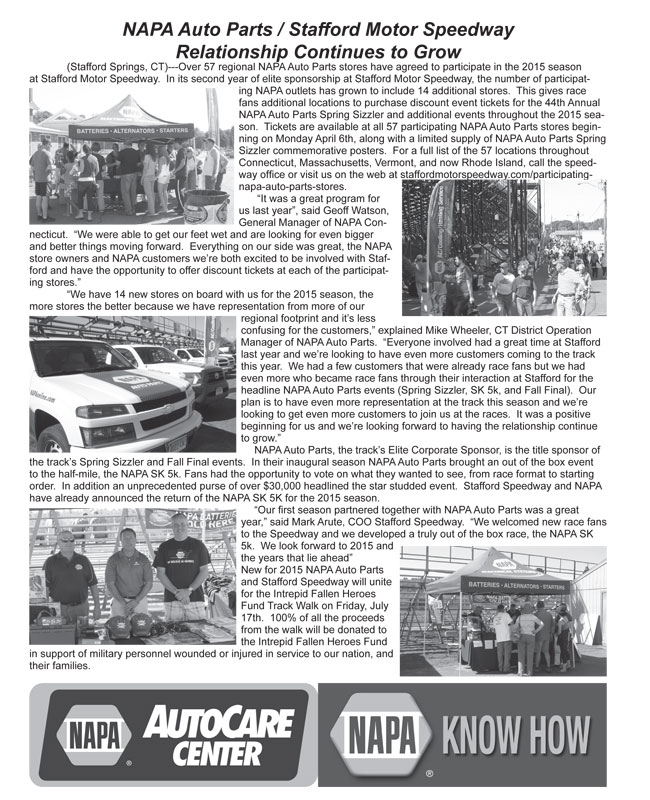 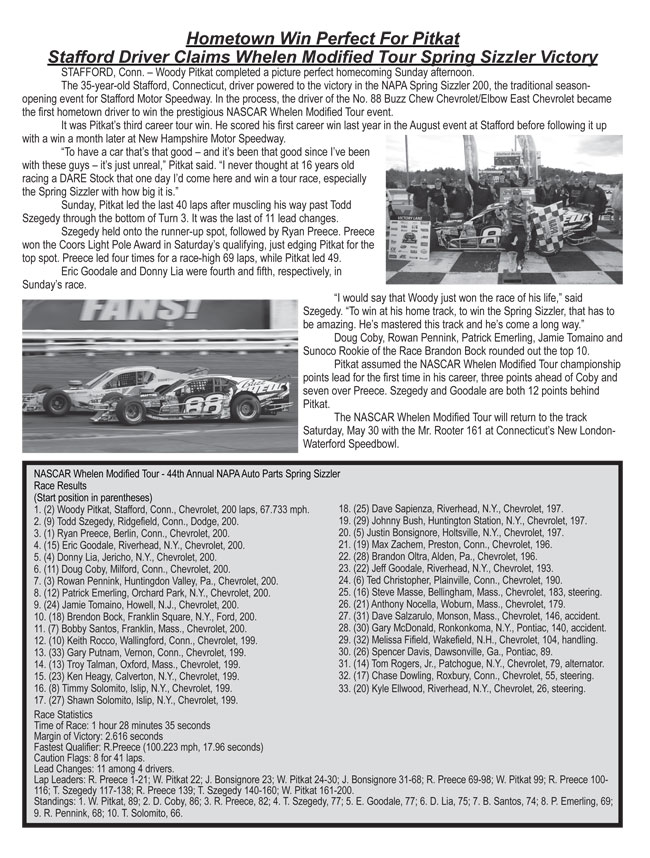 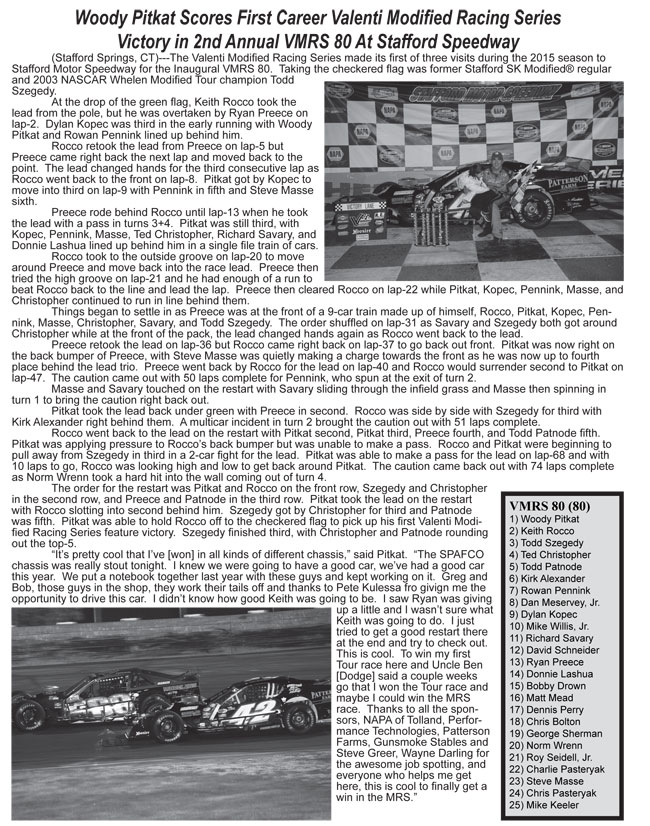 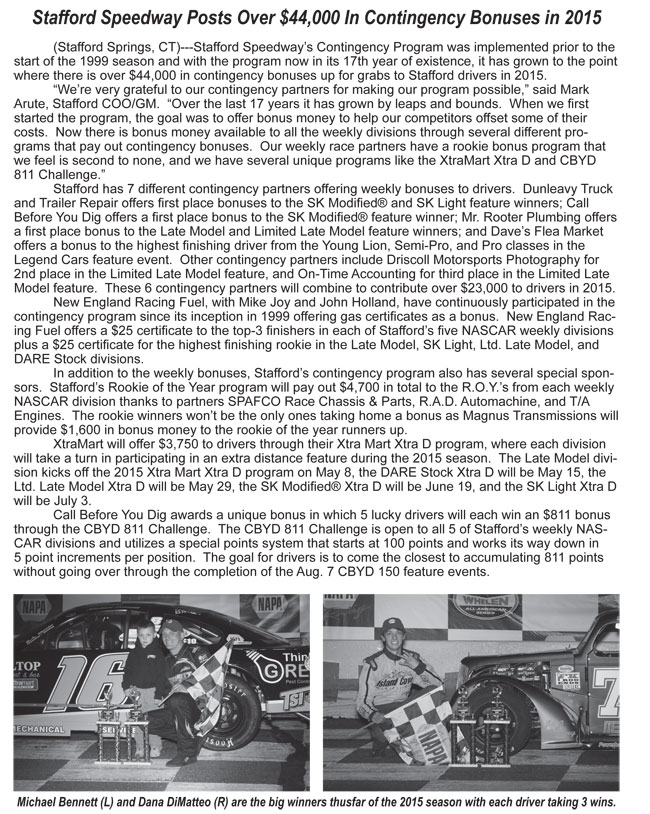 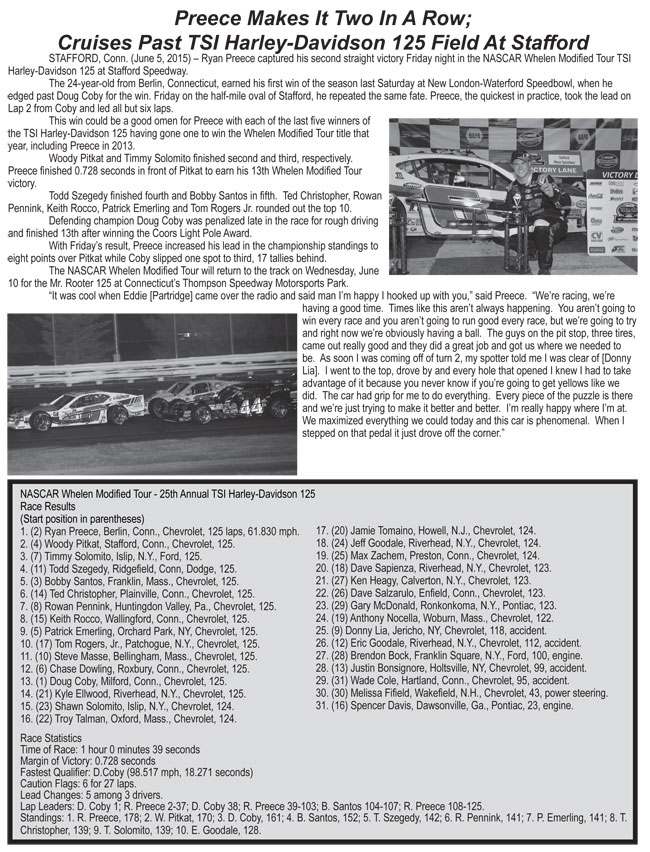 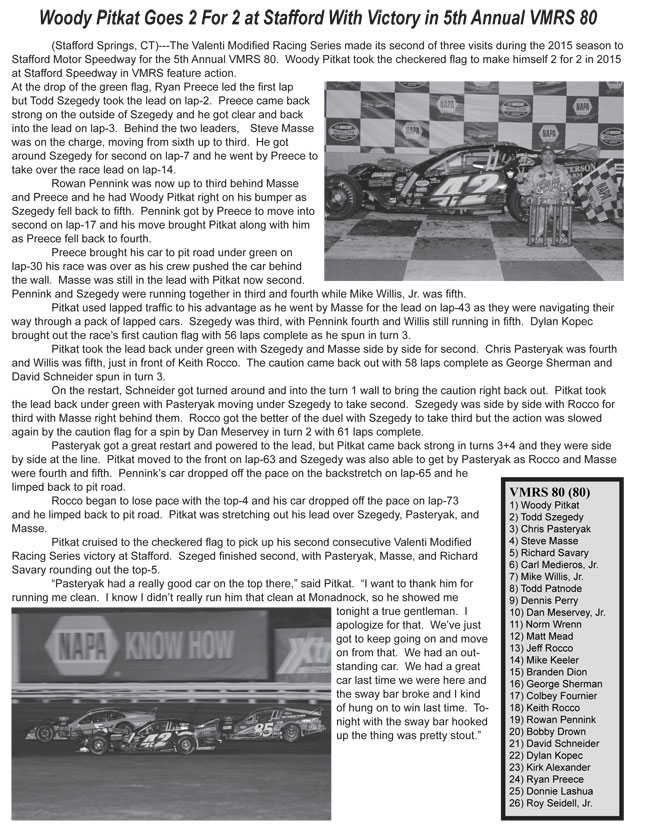 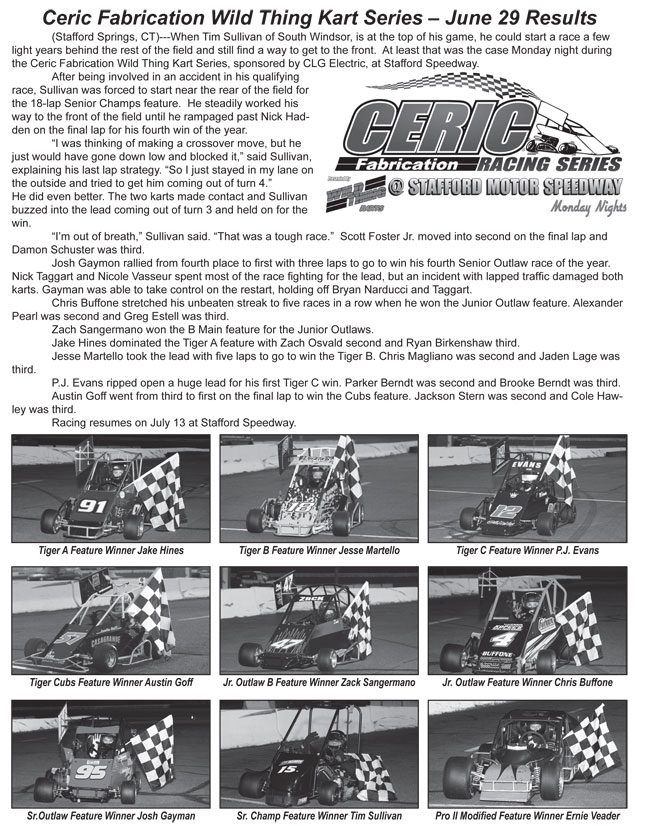 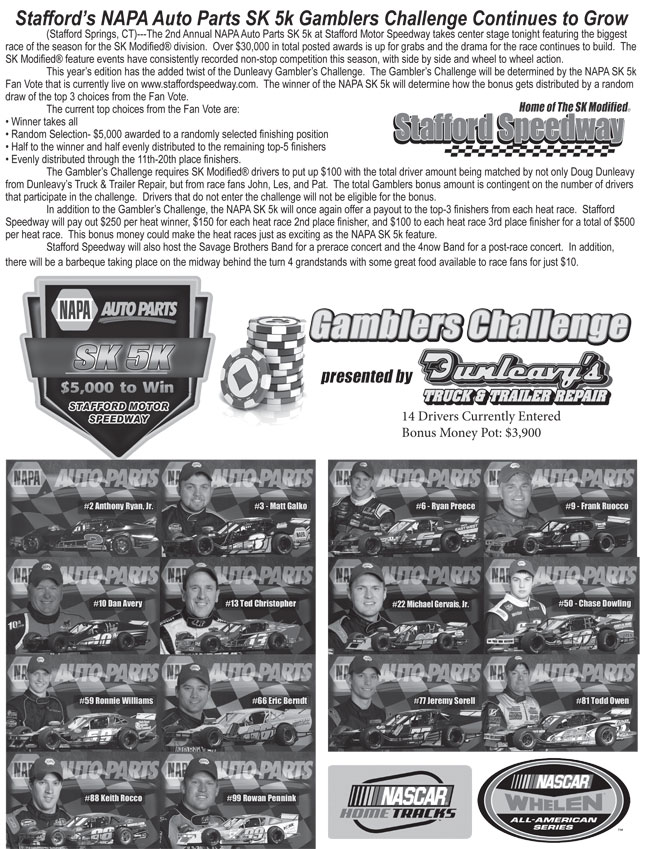 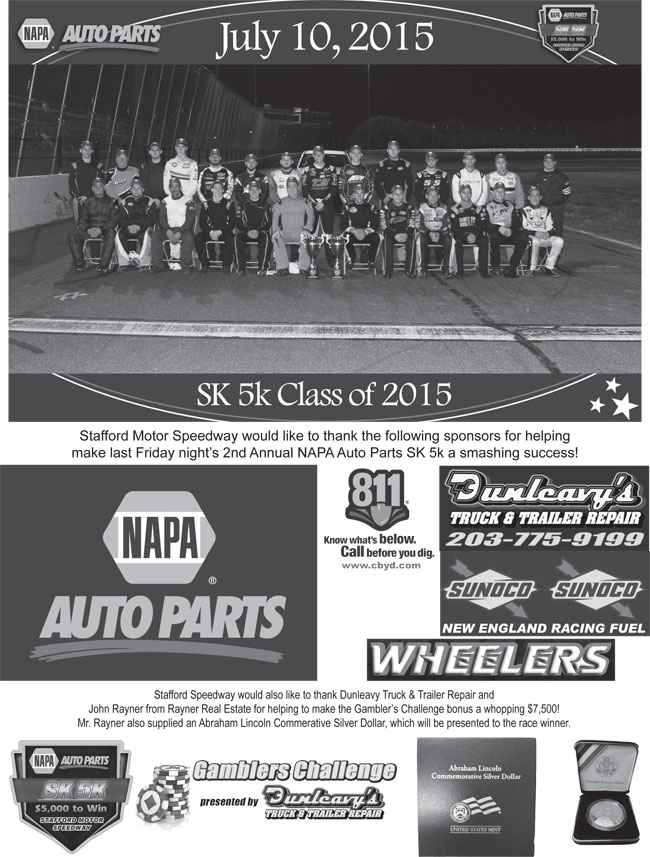 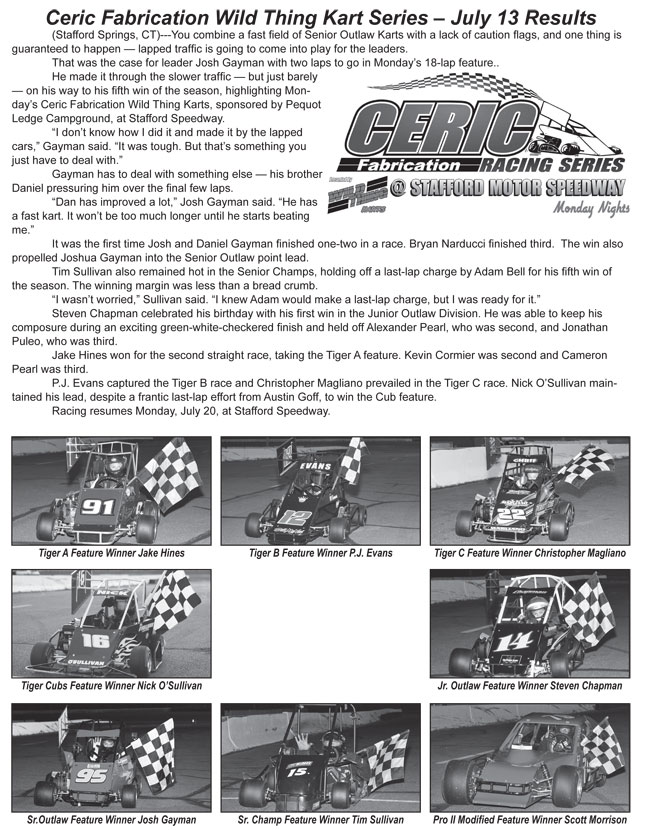 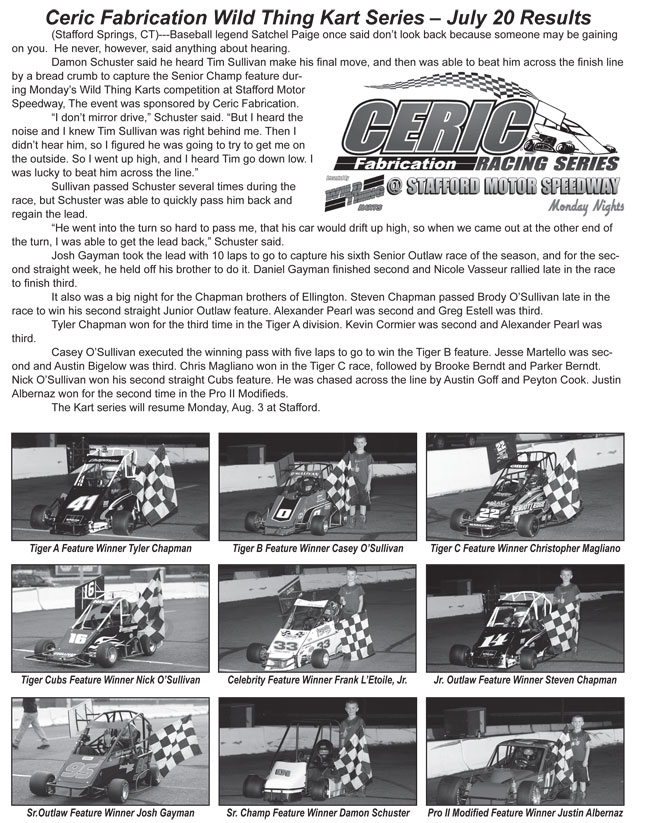 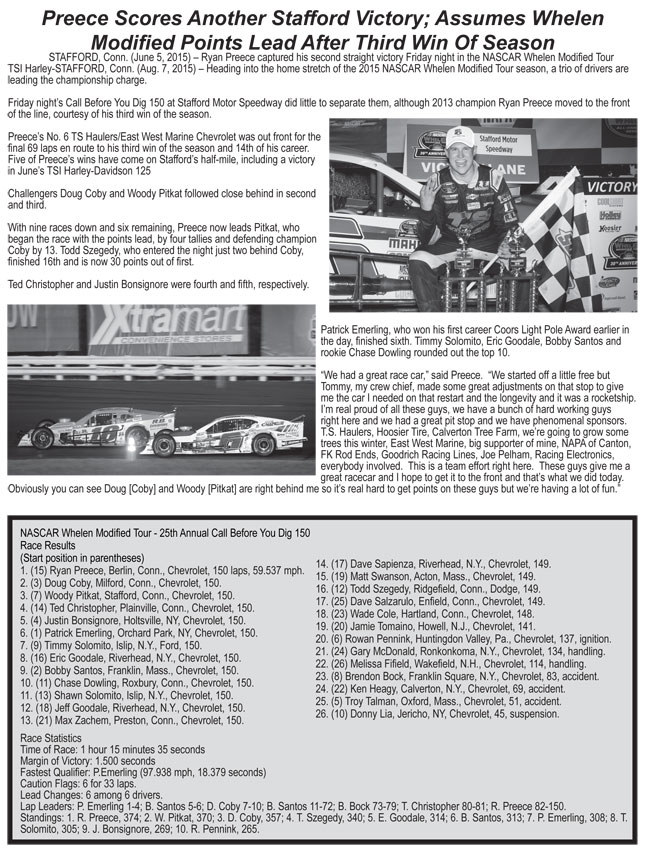 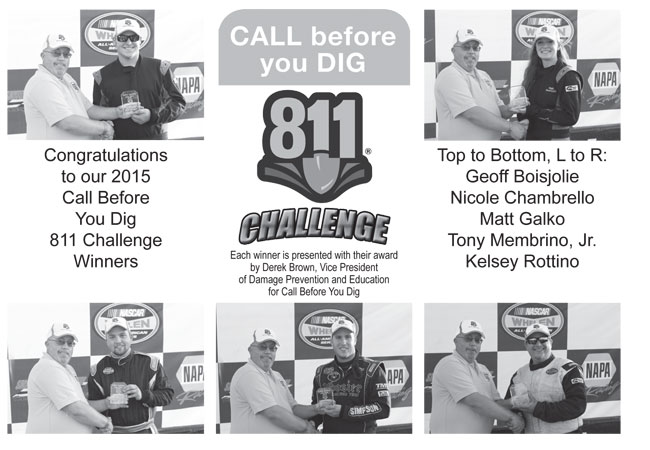 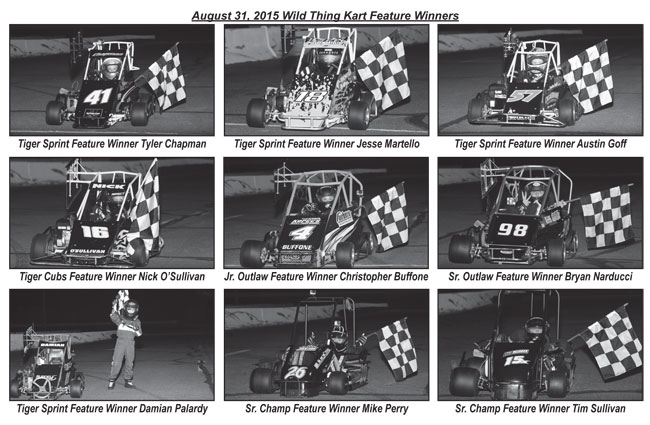 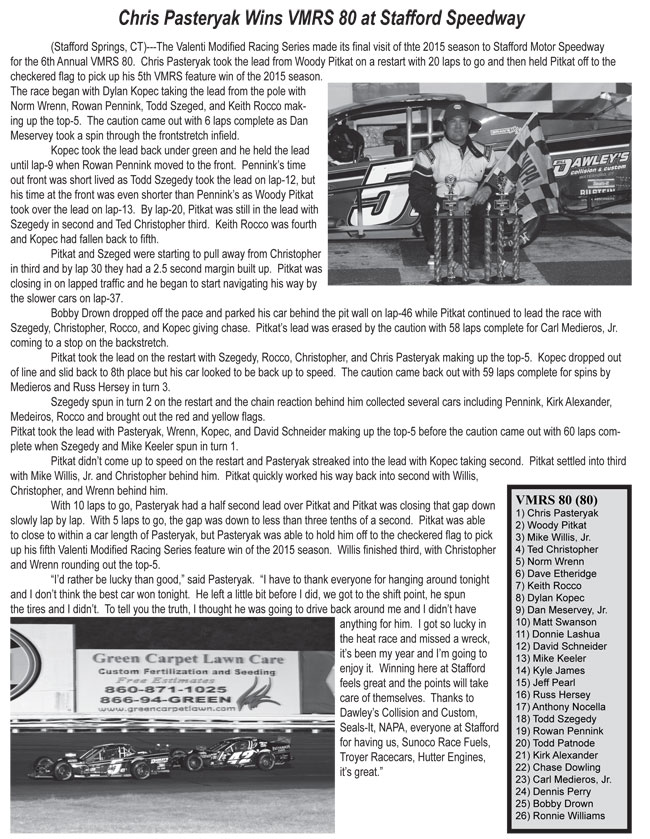