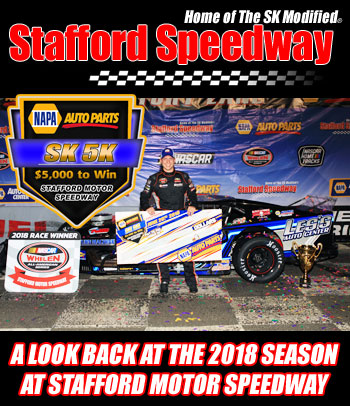 The 2018 season was year 5 of the partnership between NAPA Auto Parts and Stafford.  NAPA continued as the title sponsor of the Spring Sizzler and Fall Final events as well as the NAPA SK 5k.  The Gambler’s Challenge returned for the NAPA SK 5k event with the #50 team winning the race for the second consecutive season, this time with Ronnie Williams as their driver.  In victory lane Williams pulled the chip with the Gambler’s Challenge pot all going to the winner, giving him a payday of $10,625.

The 2018 season also saw the debut of several new races.  Stafford Speedway hosted a pair of 80-lap open modified feature events with Tommy Barrett, Jr. and Eric Goodale winning and the NAPA Fall Final saw the creation of the Ladies Challenge feature, where women associated with Stafford race teams raised money to set a starting lineup for an 8-lap race with Stafford’s Street Stock teams supplying the cars.  Debbie DeSanctis was the winner of the race driving Johnny Walker’s #01 car while over $35,000 was raised for various charities.

In addition to the new races, several milestones were also reached during the 2018 season.  Keith Rocco set a new SK Modified® record for consecutive feature wins with 6 in a row dating to the last 2 races of the 2017 season and the first 4 races of 2018.  Tom Fearn set two new records in the Late Model division by winning 6 consecutive races from May 18 to June 15 and he surpassed Ryan Posocco for the most career Late Model wins with 48 wins and counting. 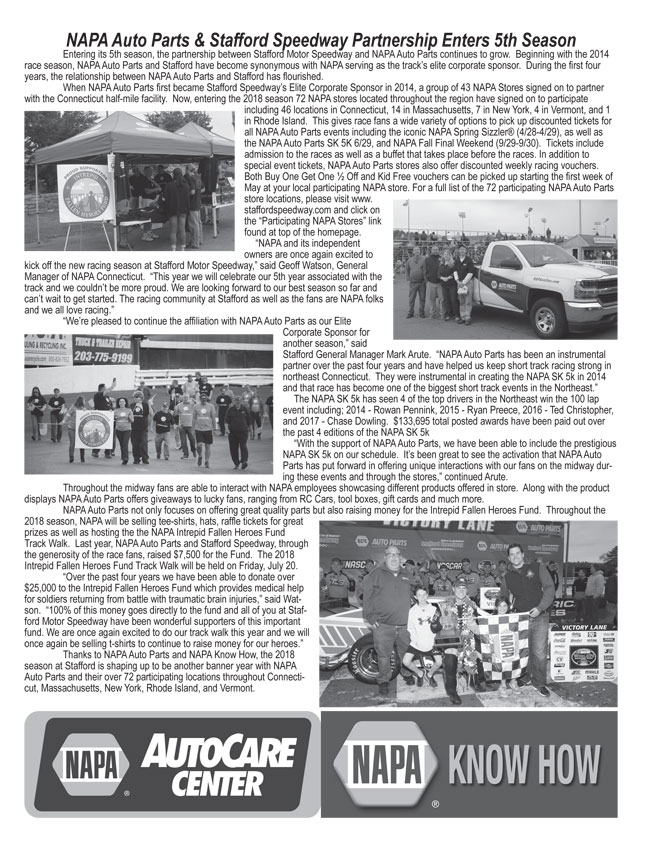 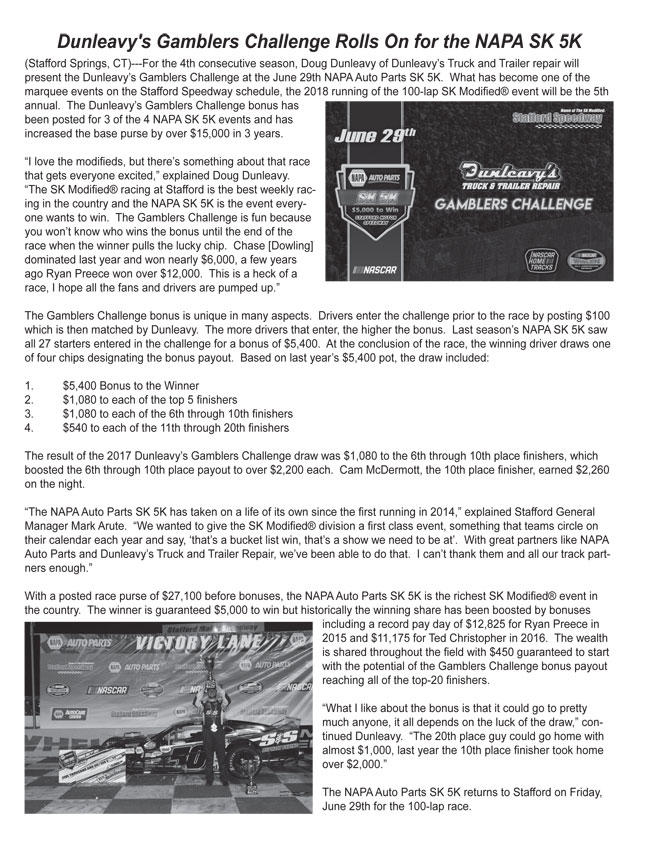 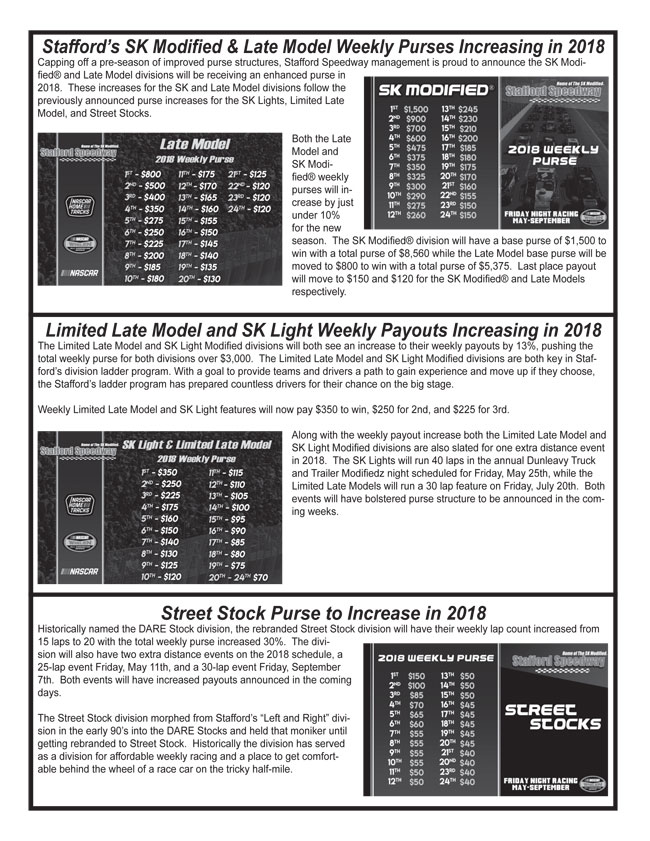 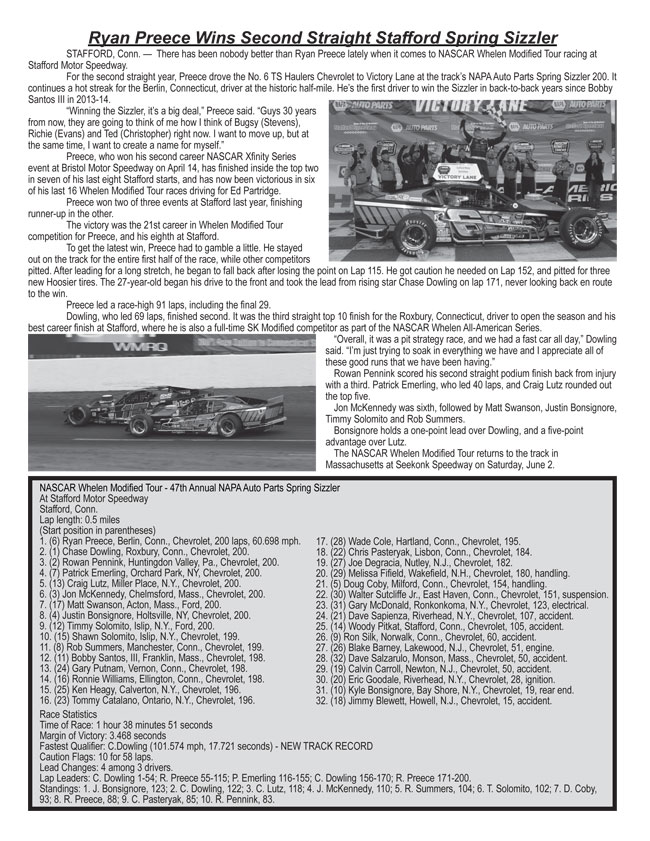 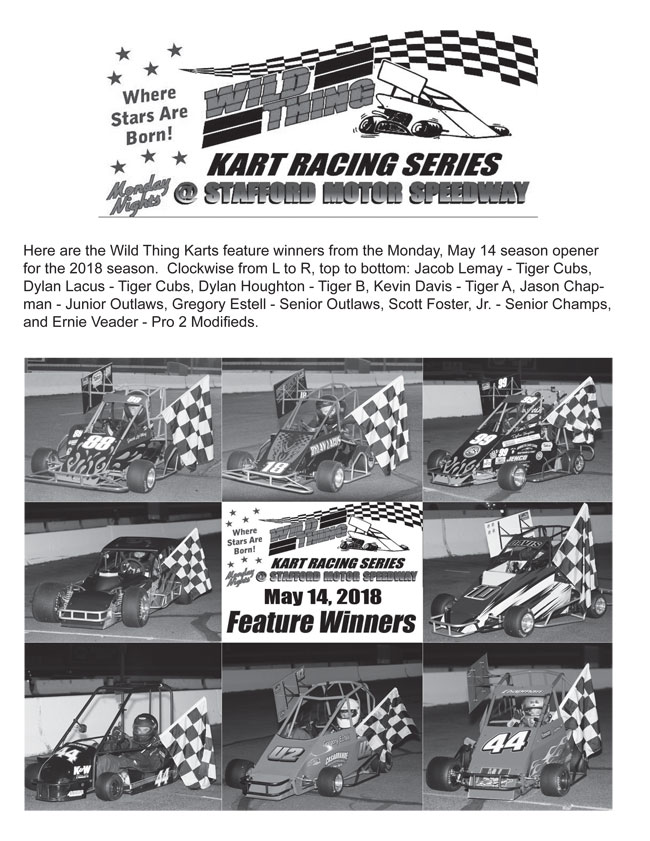 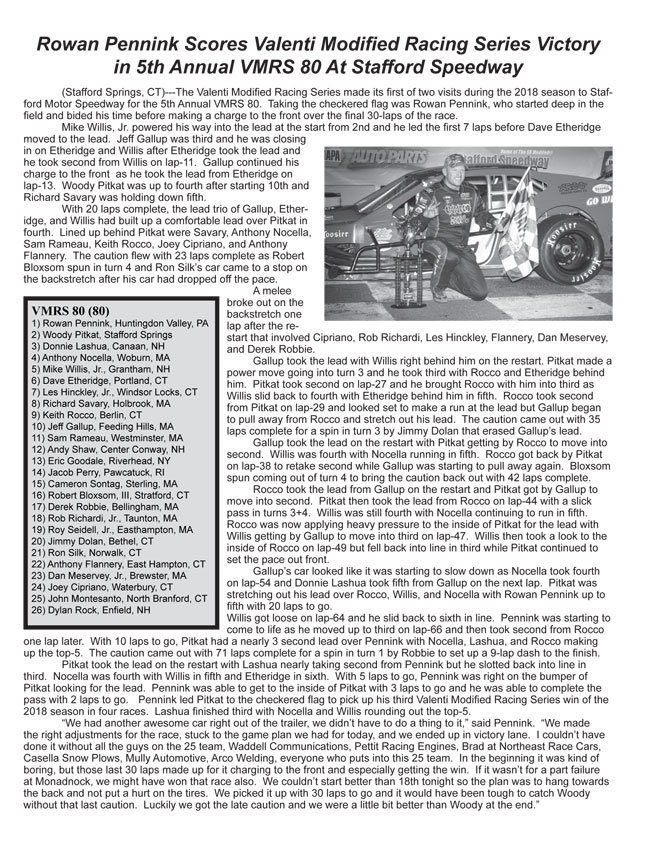 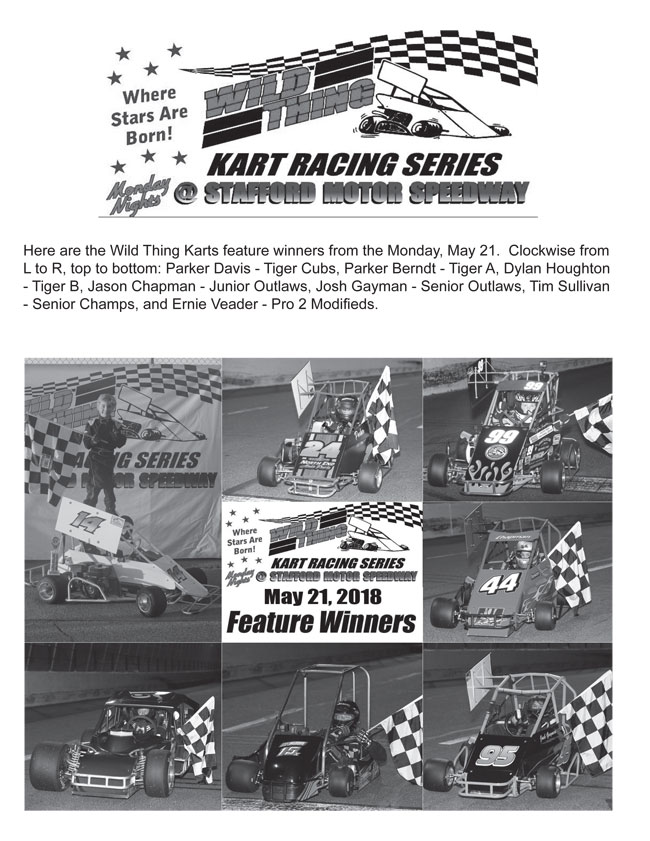 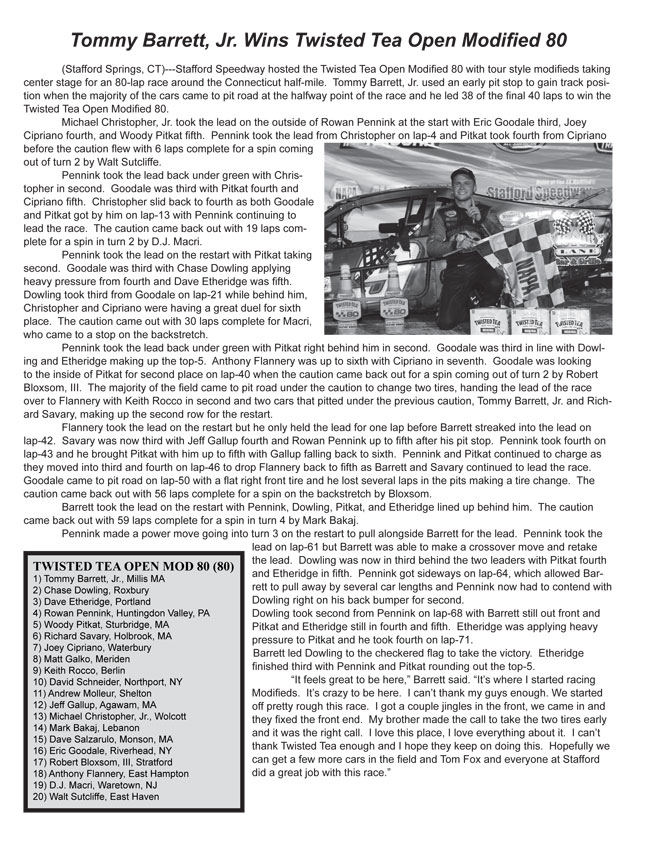 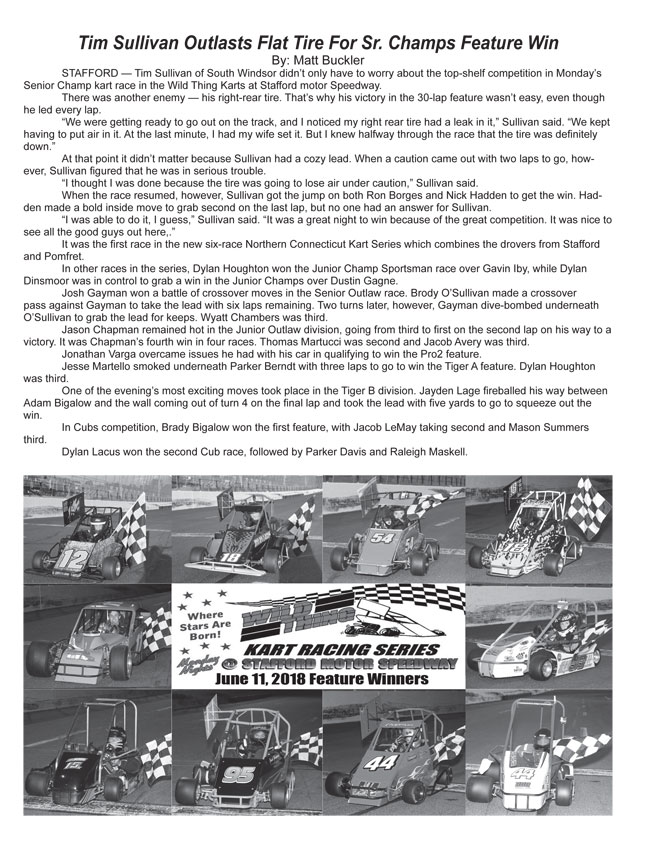 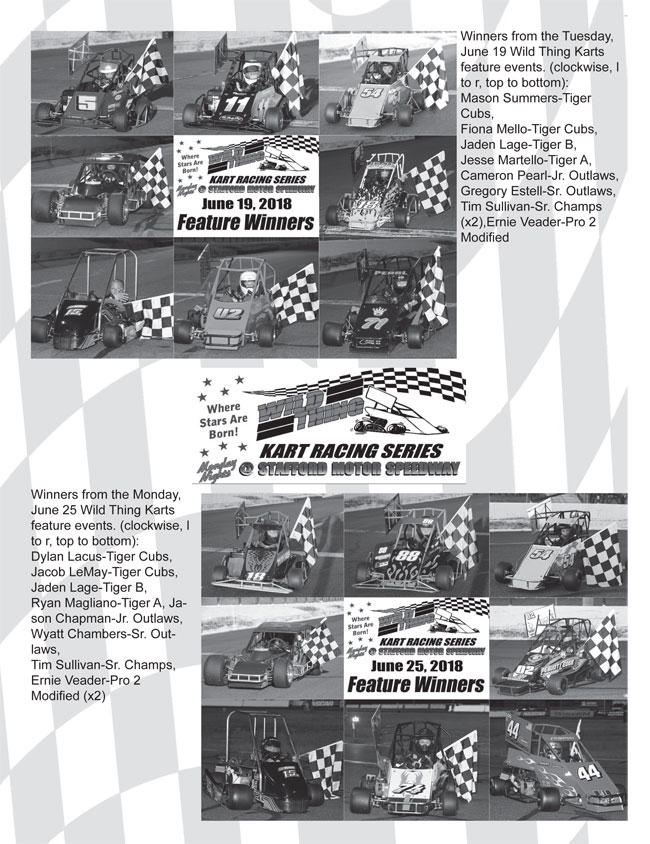 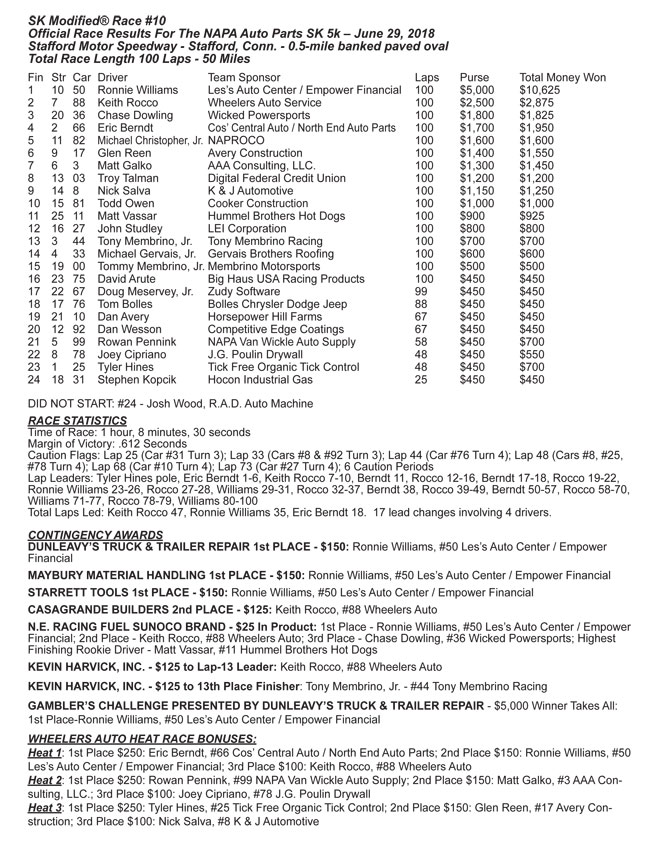 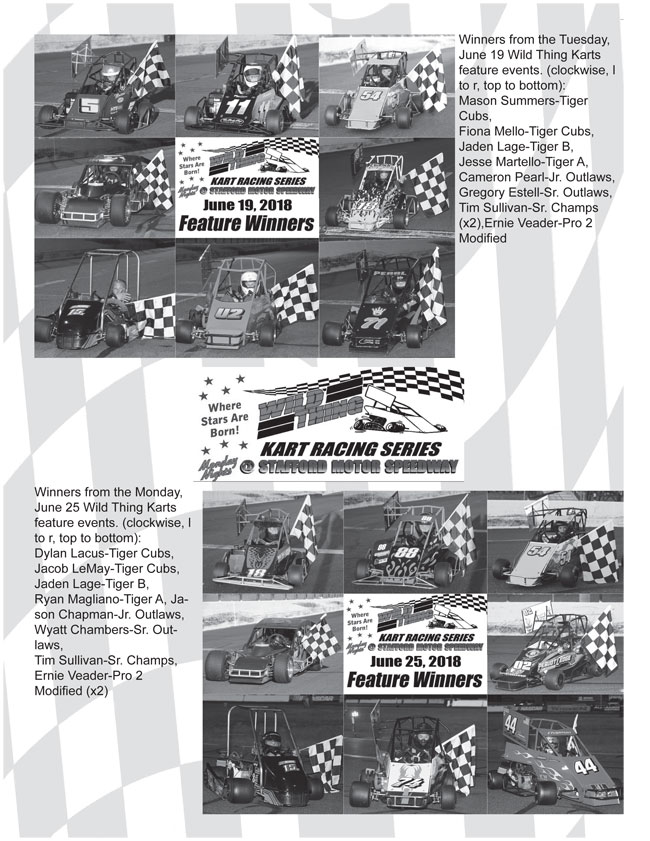 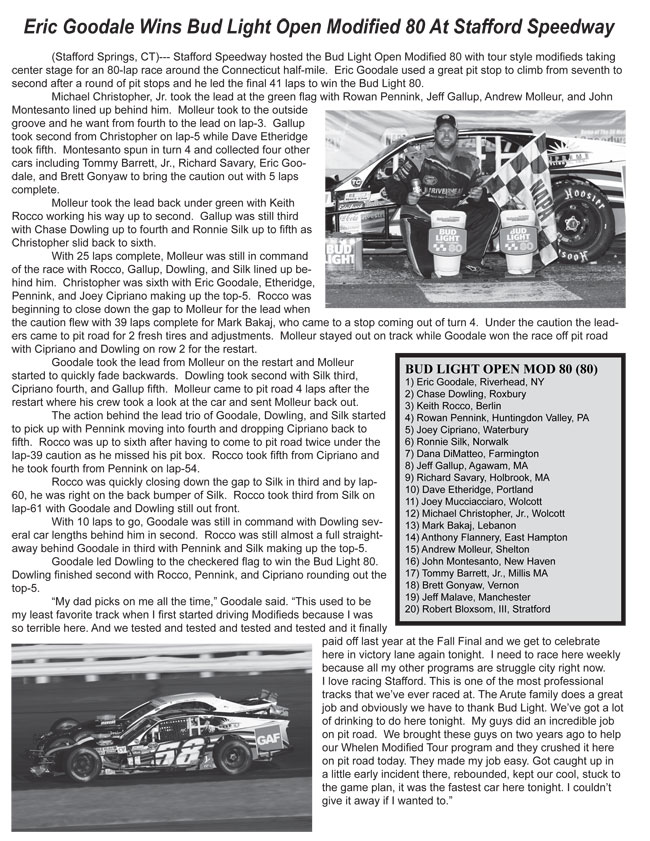 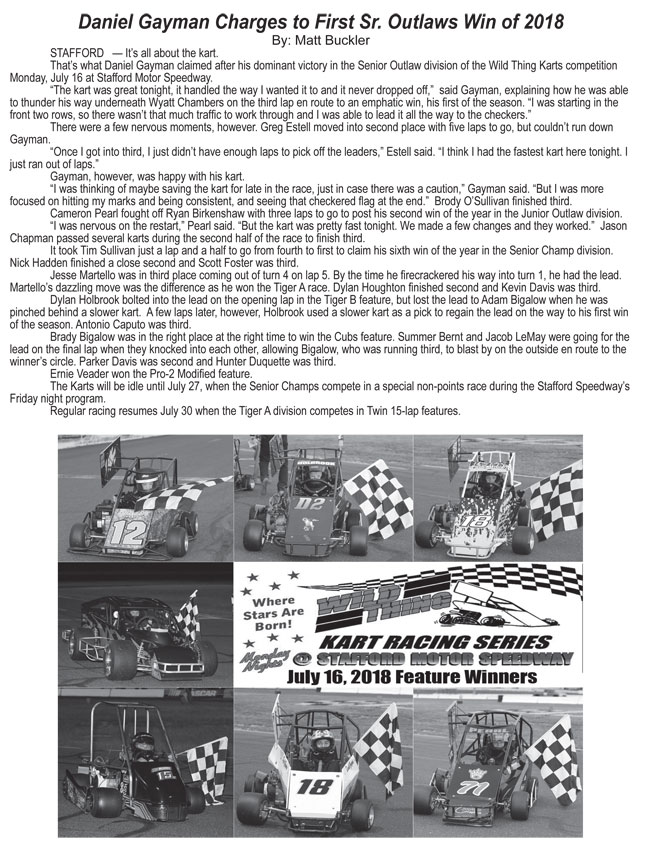 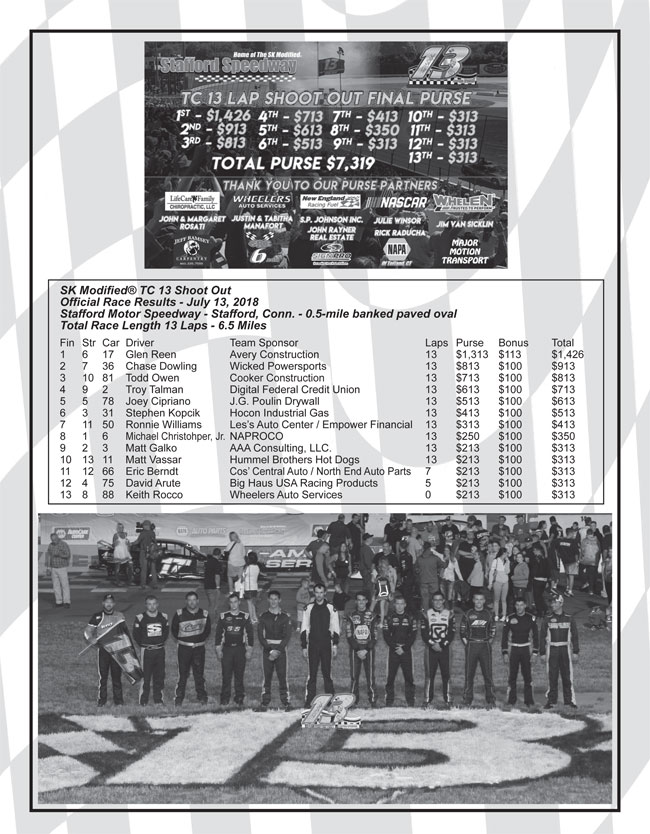 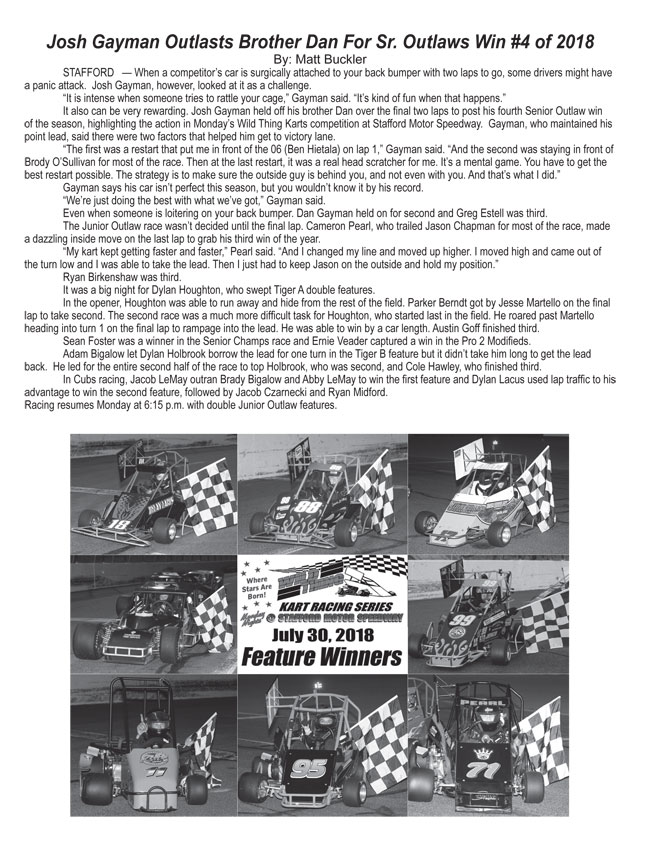 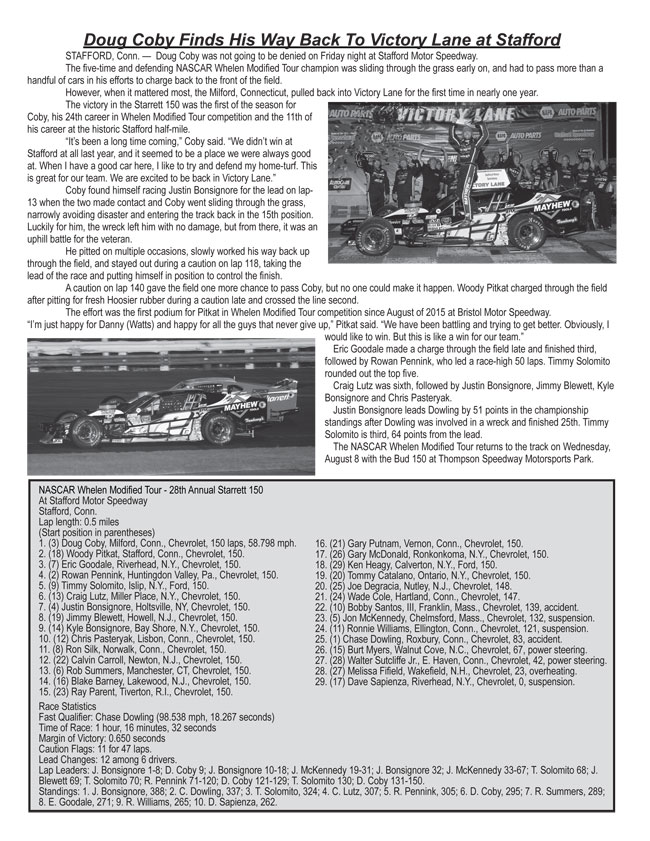 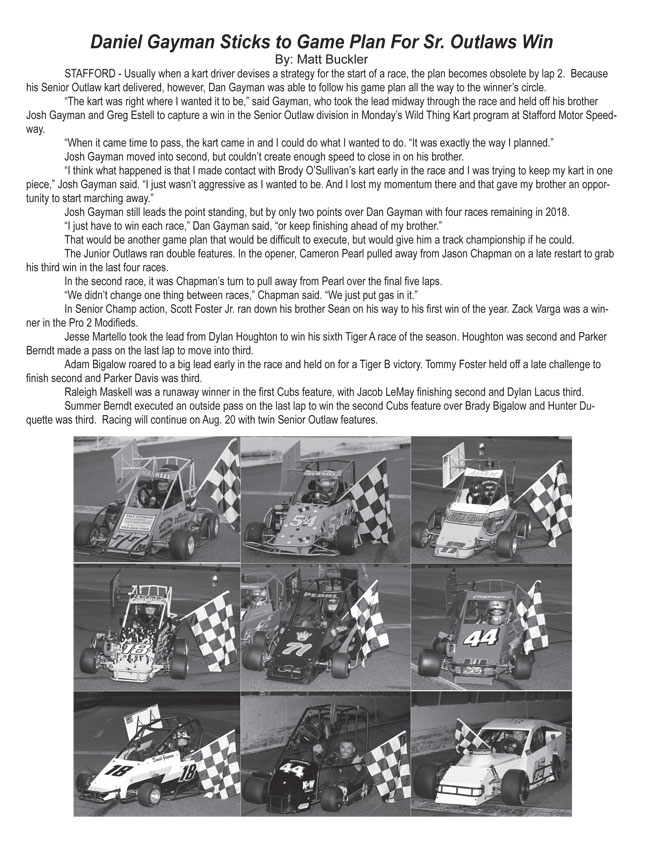 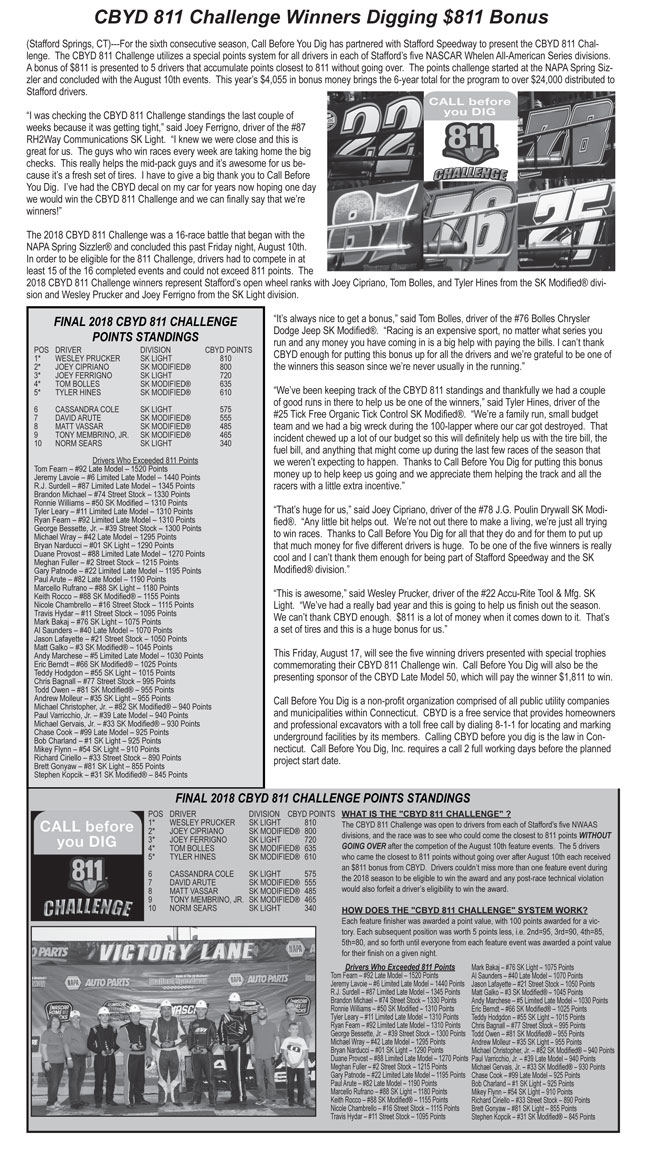 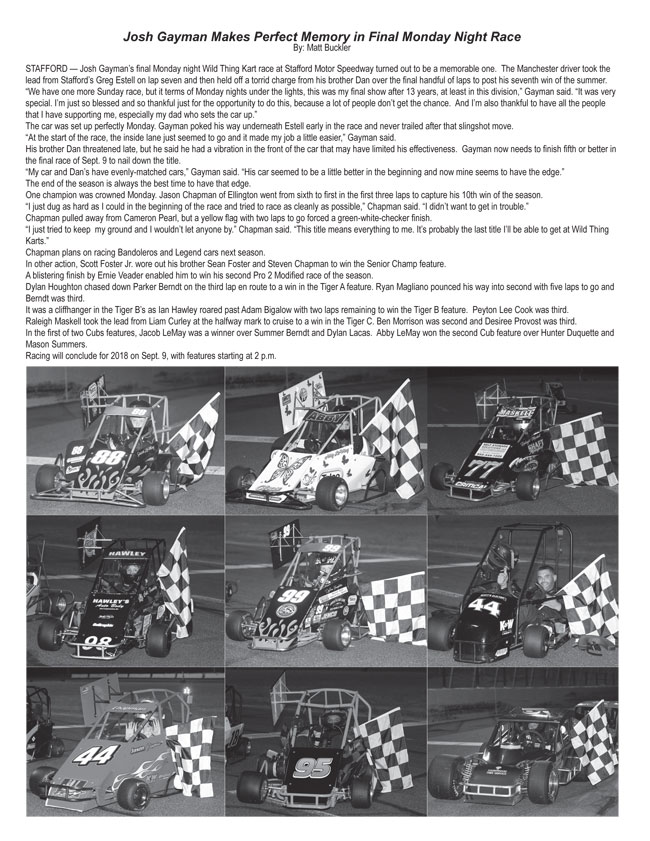 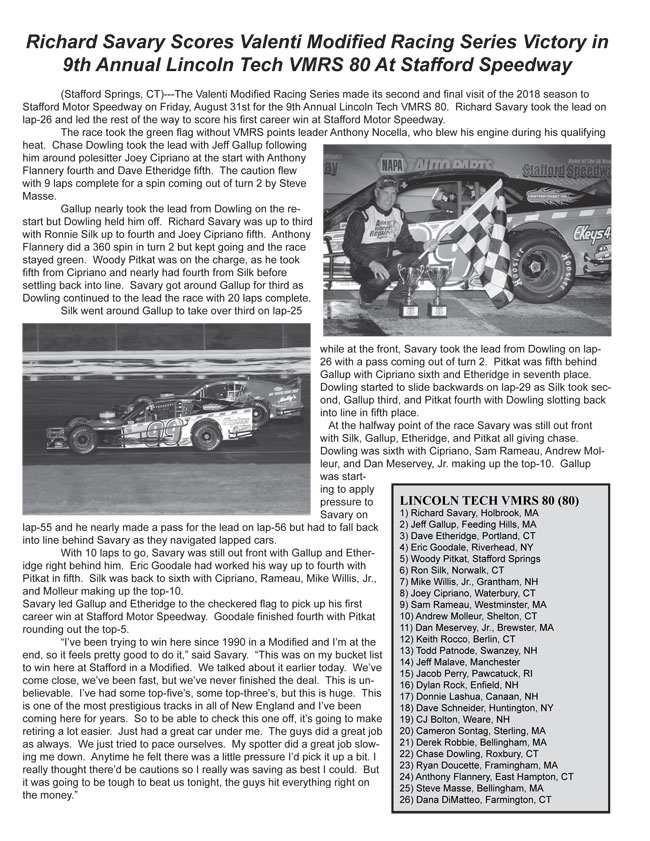 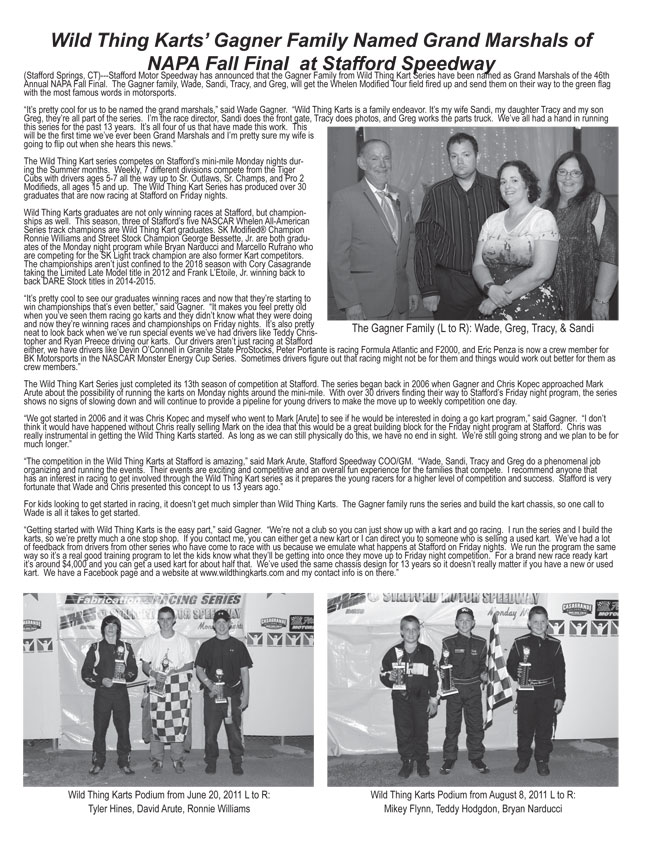 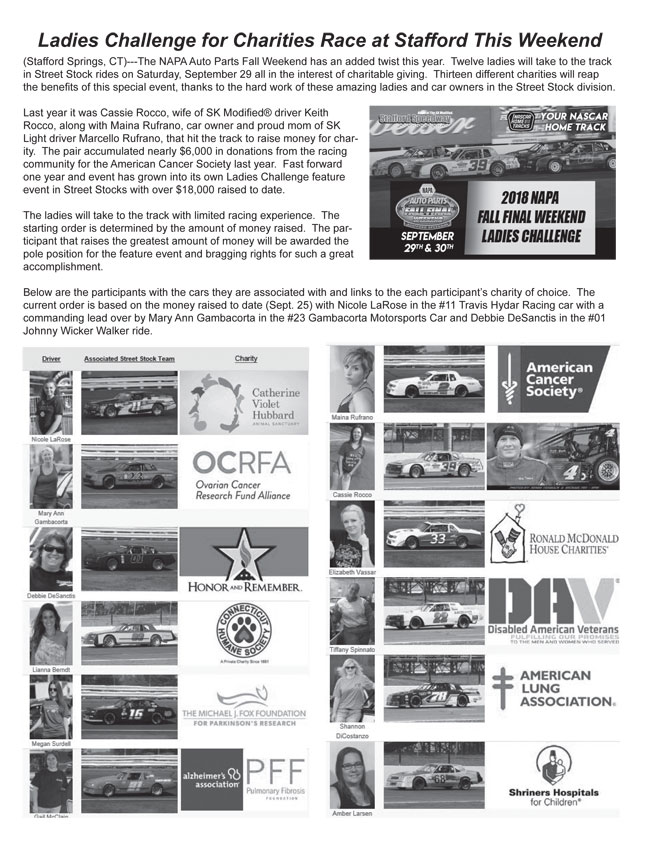 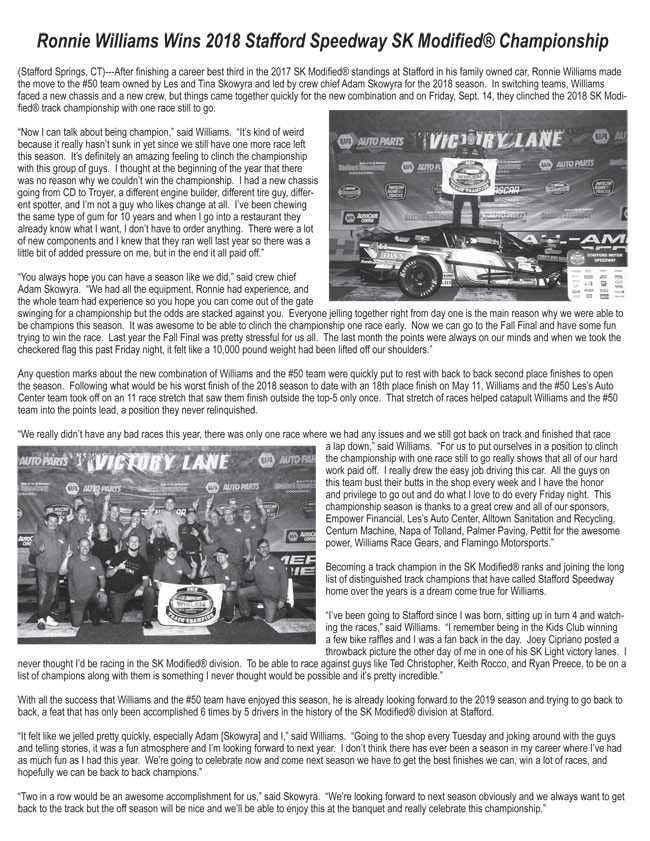 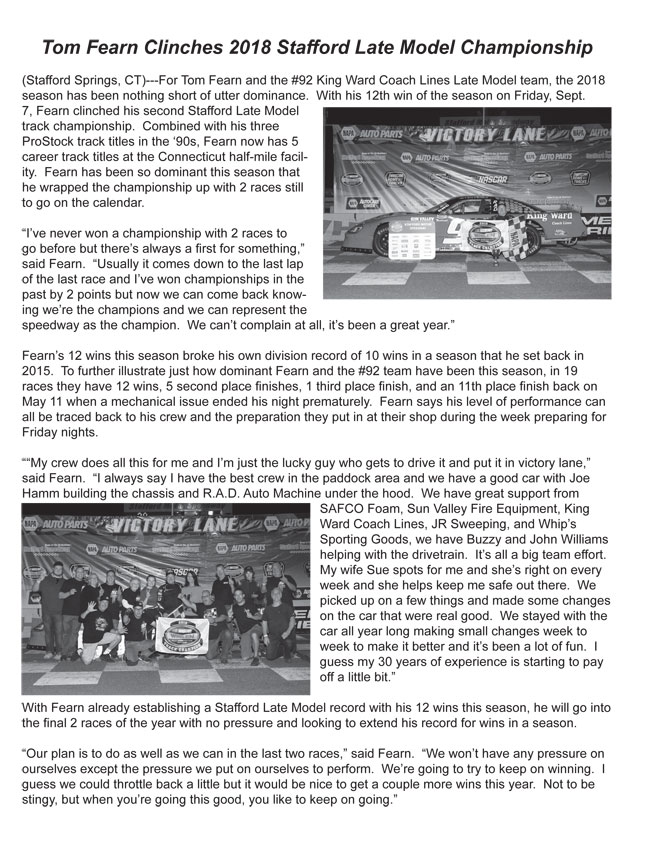 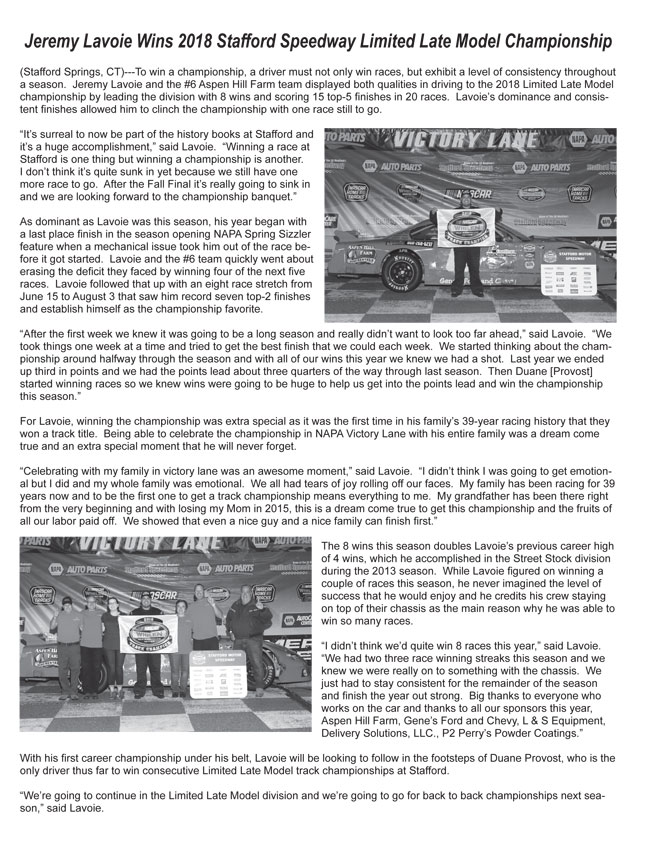 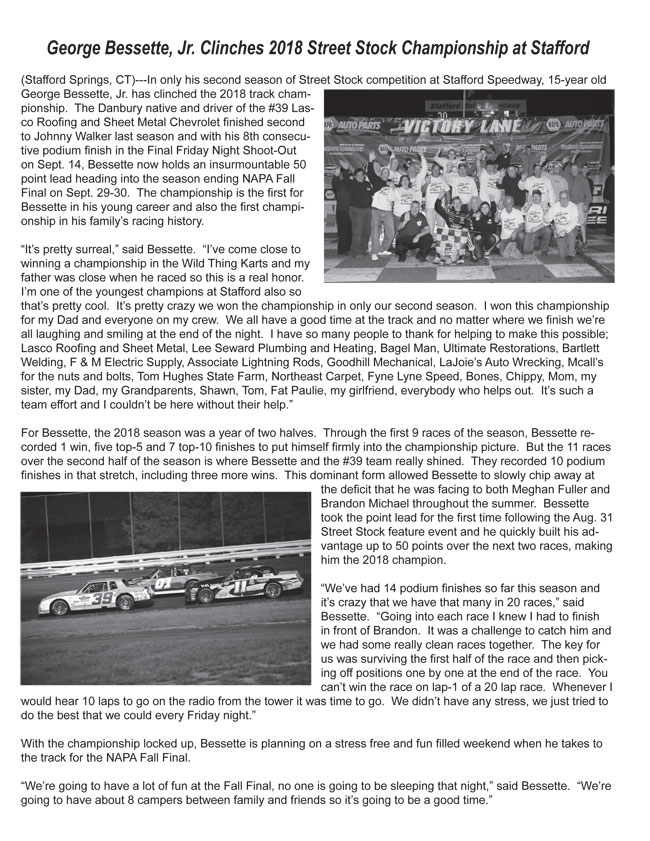 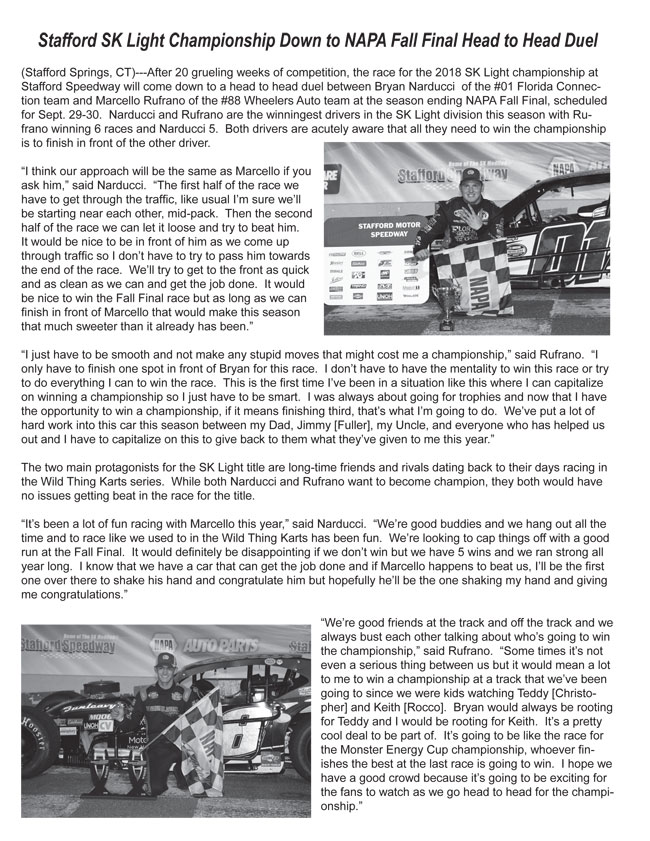