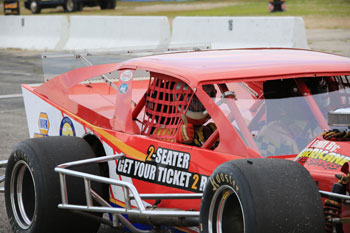 (Stafford Springs, CT)—No matter what the sport may be, there has been an adage as old as time itself that states Father Time is undefeated. All athletes reach a point in time during their respective careers that sees them retire, most often due to old age. One driver who has continued to defy the odds is 75-year old Norwich native and 5-time Stafford SK Modified® track champion Bob Potter.

Potter began his long and storied racing career in 1963 at Waterford Speedbowl, where he would go on to win 6 championships and a total of 93 feature events spread out over the Bomber, Modified, SK Modified®, and Late Model ranks. Potter ran his last full time season in 1999 in the SK Modified® division at Stafford, but that wasn’t quite a curtain call on his career. Potter made a handful of starts over the next seven seasons and although he is no longer racing in the SK Modified® ranks, he began his 2-seater modified duties in 2012 and he is still behind the wheel today. Every Friday night at Stafford, Potter takes race fans for the ride of their life as passengers in the 2-seat SK Light machine. Although he is no longer racing competitively, Potter gets just as jazzed up from meeting new people and giving them a ride they have only dreamed about in one of four ride along packages. There are practice session rides, in between heat race rides, SK Light heat race rides, and then the most popular option, the SK Light feature ride. 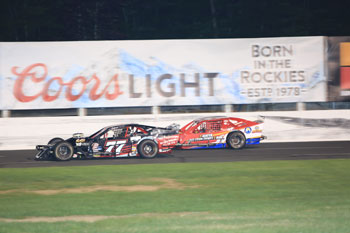 “I love being able to take people around the track and really give them the experience of what it’s like to race in a modified at a good speed,” said Potter. “I love the fans, they make racing worthwhile and they really appreciate what you do out there. Most of the people I take out now always tell me something like they can’t believe how we race so close to each other like we do. It gives them a whole different perspective once they ride around the track with me and that really makes me feel good inside. I still have a great time and there’s no pressure on me. I get to meet so many new people now and I’ve been to football, basketball, and baseball games, and those fans don’t compare to racing fans. The racing community hangs together and sticks together and there’s nothing like it.”

The 2-seater practice and in between heat race ride sessions are solo rides around the half-mile, but for the heat race and feature ride alongs, Potter joins the SK Light field. While he always starts in the back of the pack and nowhere near the last row of cars, Potter more often than not usually passes a car or two during his stint on the track. Potter says that passing cars always brings out the best reactions from riders and when Potter’s competitive spirit kicks in, he often wishes he could stay on the track and race until the checkered flag falls. 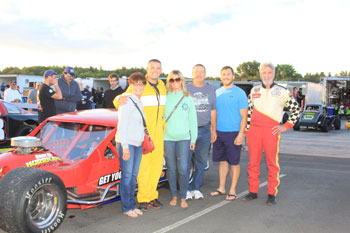 “I know I’m not supposed to pass cars but everyone loves it when I do,” said Potter. “I know there’s a couple of guys in the stands now who bet on how many cars I’ll pass in a night. They’re busier watching me than the racing going on. I remember for one ride I had an 82 year old woman that was taking the ride and I didn’t want to scare her so I asked her daughter just how fast she wanted to go. The daughter told me that her mom wanted to go as fast as possible because she drives 90 all the time on the highway. I get a lot of reactions from the riders but the best one is when they really can’t believe just how fast you’re going and all the things you have to do as a driver in order to go fast around the track. You have to use the brakes, the gas, and sometimes depending on how the car is feeling, you have use the brake bias to help the car make those left hand turns. A lot of times I wish I could keep the car out there for the whole race, it would be really nice to stay out there.” 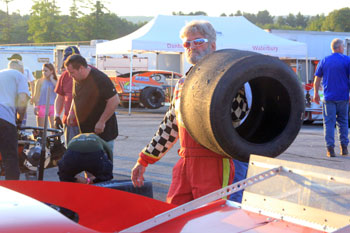 While the old adage of Father Time is undefeated still applies to many athletes across all forms of sport, Bob Potter keeps on ticking and going around in circles at the speed of modifieds.

“Everyone at Stafford has always been great to me and I love being part of the 2-seater program,” said Potter. “I’m so thankful to Mark and Lisa Arute for giving me the opportunity to drive the Stafford Motor Speedway 2-seater modified.”

Take the ride of your life and book a ride along experience with Bob Potter by calling the Stafford Speedway office at 860-684-2783. There are 4 ride along options to choose from: Practice Session Ride which is $75, In Between Heats Ride which is $100, Heat Race Ride which is $175, and the SK Light Feature Ride is $250.