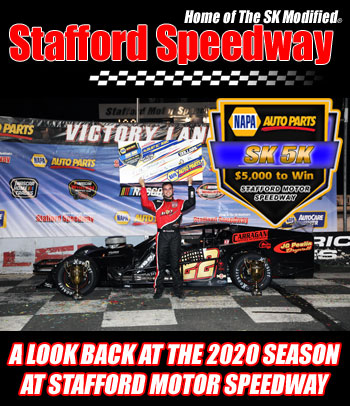 Another new program for the 2020 season was the Ted Christopher Drive for Safety Initiative, formed by Teddy’s widow Quinn.  The TC Safety Initiative allowed for any driver who had registered a number to race in 2020 at Stafford to sign up and receive either a free nomex undershirt, helmet skirt, or carbonx head sock.  96 drivers signed up and Quinn Christopher distributed the safety items to drivers on July 24.  All 96 drivers were entered into a drawing  for a brand new Leaf Racewear double layer firesuit, which was won by Meghan Fuller.

SK Modified® drivers (current or former) took home a clean sweep of the 4 Open Modified races at Stafford in 2020 with Marcello Rufrano winning the Bud Light 80 on July 18, Ronnie Williams taking the Lincoln Tech 80 on August 21, and Woody Pitkat claiming the Twisted Tea 80 on Sept. 18 to go along with Rocco’s win in the NAPA 100 on August 7. 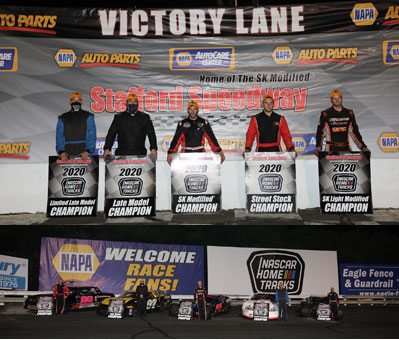 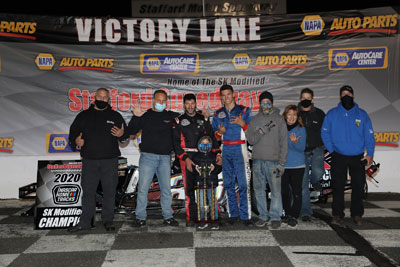 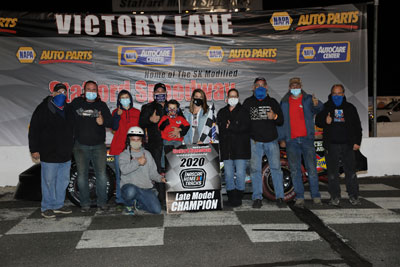 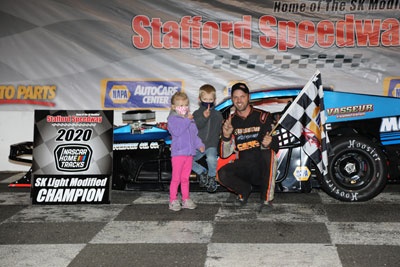 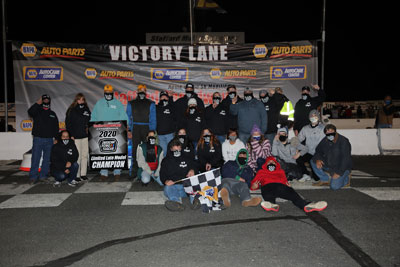 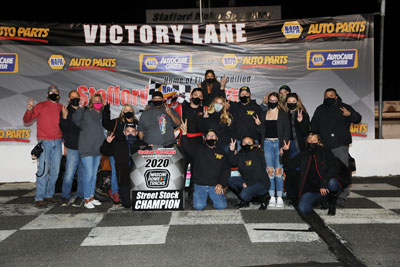