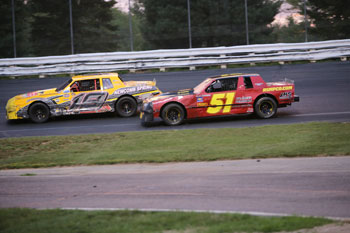 (Stafford Springs, CT)—After running the Sportsman division at Waterford from 2016-2018, Plainville, CT native Adrien Paradis, III came to Stafford for 2019 to try his hand in the Street Stock division. The driver of the #19 CSB Communications Chevrolet had never previously raced at Stafford but proved that lack of experience wouldn’t be an issue recording a 7th place finish in his first start. From there, Paradis finished all but one of this season’s 20 Street Stock races in the top-10, cruising to R.A.D. Auto Machine Rookie of the Year honors over Marvin Minkler.

“I missed out on winning rookie of the year when I first started racing at Waterford, so that was one of our main goals for the season,” said Paradis. “It’s a pretty cool feeling. I think we went above and beyond our expectations for this season, especially being our first year at Stafford. Originally we wanted to finish in the top-10 in points and we ended up finishing fifth. We certainly would have liked to be on the podium a little more than we were, but Stafford is a tough track and it was a totally different driving style than what I was used to, so there was a lot of learning on my part this year. I really have to thank my entire crew, my parents, Mike Davis, Joe Brockett, and I wouldn’t have been able to do anything without my sponsors CSB Communications, Midstate Air Compressor, KCM, Auto Glass Specialists, and East Coast Packaging.” 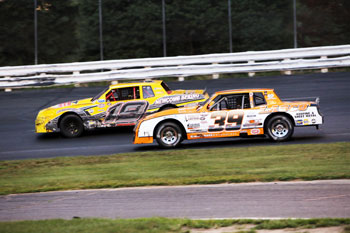 With having never previously raced at Stafford, getting to grips with the Stafford half-mile layout was Paradi’s biggest challenge during his rookie campaign. Paradis had to adjust from the tight confines of Waterford to deal with the longer straightaways at Stafford. In addition to a different track layout the driver of the #19 car had to learn how to race with a restrictor plate which has been used for years in Stafford’s Street Stock and Dare Stock division. After running one full season with a restrictor plate, Paradis may have an advantage entering 2020, as the restrictor plate has been removed from the Street Stock rulebook. 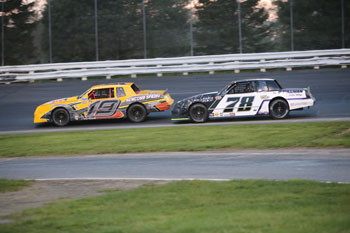 Paradis’ best finish this season was a third place finish on August 23, his lone podium finish of the season. With a full season’s worth of experience under his belt, Paradis is excited to get back on track in 2020 and fight for more podium finishes and his first career win.

“I think we’ll be ahead of the game for the start of next season,” said Paradis. “We changed our setup to try a couple different things at the end of the season to try to get ready for next season and see how the car would react. Hopefully we can be up front every week and put the car in victory lane. Our main goal is going to be to win a race or two next season. I think we have things figured out for the most part and I have a great setup guy so it’s all going to come down to me as the driver. Obviously I’d love to win the championship next year but if we can go a couple spots better than we were this year and finish in the top-3 in points, that would be good for us.”

With Paradis establishing that he can be a consistent runner this season with 19 top-10 finishes in 20 starts, he will be looking to carry over his consistency to next season and combine his consistency with his year of experience at Stafford to be front runner every week. 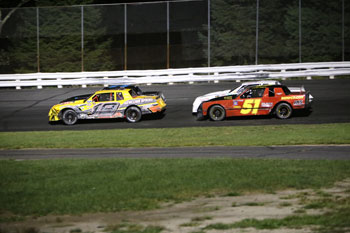 “This season was awesome for us,” said Paradis. “We were pretty fast right off the trailer at the first race and we managed to have consistent finishes with no major wrecks that caused damage to the car. I think we showed this year that consistent finishes will keep you towards the top and consistency along with winning some races is what is going to win the championship.”

Paradis will officially be crowned the 2019 Street Stock R.A.D. Auto Machine Rookie of the Year at the 50th Annual Stafford Speedway Champion’s Awards Banquet, scheduled for Friday, November 15 at Maneeley’s in South Windsor. Tickets to the awards banquet are $50 and are on sale now. Tickets can be ordered by calling the track at 860-684-2783 or they can be ordered online at www.staffordspeedway.com.