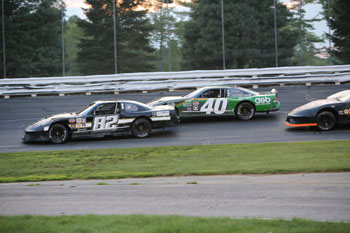 (Stafford Springs, CT) — Following a career that spanned from 2006 through 2017 in Stafford Speedway’s Street Stock and Limited Late Model divisions, hometown driver Al Saunders moved to the Late Model division for the 2018 season. That step proved successful as he secured the NAPA Auto Parts Rookie of the Year award behind the wheel of his #40 American Sleeve Bearing Chevrolet. For winning the 2018 NAPA Auto Parts Late Model Rookie of the Year award, Saunders will take home a $1,000 NAPA stores credit bonus that will be paid out during the 2019 season.

“It’s pretty cool,” said Saunders. “You only get one rookie season in each division so it’s an honor to win the Rookie of the Year title this season. It’s tough to get the cars to the track every week so any bonus we can get is great and I have to thank NAPA for putting up the rookie bonus for us. I’d like to thank Randy, Jake, and Frank for their help as crew members and American Sleeve Bearing, B.A. Muzio, Rob Davis, R.A.D. Auto Machine, Williams Race Gears, Streb Family Chiropractors, and Johnson Memorial Hospital for sponsoring me this year.” 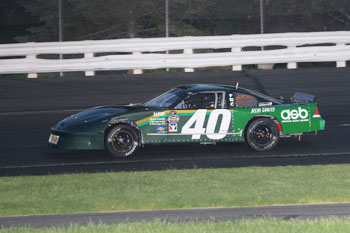 Saunders came into the 2018 season with a career total of 20 feature wins, with 12 Limited Late Model wins and 8 Street Stock wins. Saunders added to his career win total with his first Late Model win on June 29 and for the season he posted 6 top-5 and 18 top-10 finishes this season to finish fifth in the points standings.

“It was good season for us,” said Saunders. “We won a race this season and not everyone can say that because the Late Model division is pretty tough and it‘s hard to win a race. The win was the highlight of the year for us but I’m super competitive so it was a big change for us to go from being a contender for the win every week in the Limited Late Model division the last couple years. There were a lot of quality drivers who didn’t win a race this year so it was a big accomplishment for us and it definitely helped give us some confidence.”

While Saunders had 13 years of previous experience racing at Stafford to lean on during his rookie campaign in the Late Model division, he still had a slight learning curve to go through picking up on the differences between a Limited Late Model and Late Model car. Saunders was also behind the 8 ball when it came to having crew members on hand each week at the track. 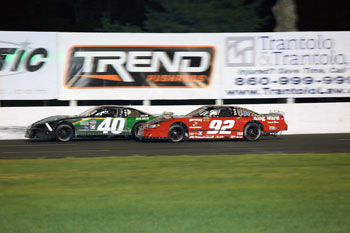 While Saunders’ feature win this season served as the high point of the season, Saunders says his best race of the season actually came in the NAPA Fall Final, where he was challenging for the race lead before an oil leak ended his day prematurely.

“I think the Fall Final was our best race of the year,” said Saunders. “We did win earlier in the year, but we started that race on the pole and we were able to build up a big lead on the field. For the Fall Final I felt like we definitely had a top-3 car and we were chasing down Michael Wray for the lead before we had a mechanical issue with an oil leak late in the race. We started that race third, got dropped back to fourth, and then fought back up to second and we were chasing down the leader so I think that was the best race of the season for us even though it wasn’t a great finish to end the year.” 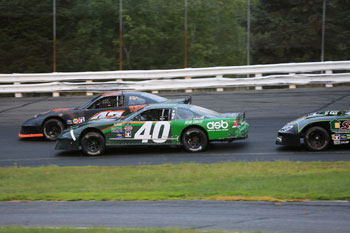 With his rookie season now complete, Saunders will focus on improving his on track consistency as he looks ahead to the 2019 season.

“I think a lot of times you see a rookie driver and they might win a race or have some top-5 finishes, but there isn’t any consistency,” said Saunders. “The second season is usually where you see the consistency start to take shape so I think this year was a great building year for us to get ready for next season.”

Saunders will officially be crowned as the 2018 NAPA Auto Parts Late Model Rookie of the Year at the 49th Annual Stafford Motor Speedway Champions Awards Ceremony on Friday, November 16 at Maneeley’s in South Windsor.