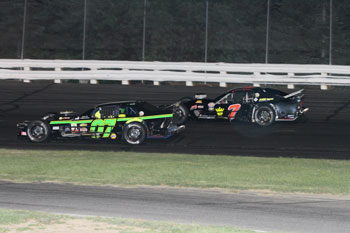 (Stafford Springs, CT)—When the first green flag falls on the 2018 SK Light season at Stafford Speedway, it will begin an intense duel for R.A.D. Auto Machine Rookie of the Year honors. Salem, CT native Alexander Pearl is one of currently 10 rookie drivers signed up for the 2018 season, including 5 graduates of the Monday night Wild Thing Karts program. Pearl raced for 6 seasons in the Wild Thing Kart ranks, winning a total of 20 feature events and the 2014 Junior Outlaw championship. Pearl continued his championship winning ways by taking home the Mini Stock title at Monadnock Speedway last season and he is looking forward to his first full season of SK Light competition at Stafford.

“I’m pretty excited,” said Pearl. “I ran twice last season and I got a good feel for the car. I’ve been going to Stafford for a long time to watch the races so it’s going to be pretty cool to actually be out there racing. The competition is going to be very tough. The SK Lights had to run consi events last year, so there’s going to be a lot of cars and a lot of stiff competition on the track.”

Pearl will carry sponsorship from Darling Auto Parts on his #7 machine along with support from Cliff Nelson and Mike V. Despite his plans to run for Rookie of the Year, Pearl says that he is still in search of sponsorship that will allow him to comfortably run the full season.

“Right now we’re going to try to run every week although we don’t have enough sponsorship for the full season,” said Pearl. “We’ll be there at the Sizzler and we’ll try to keep the wheels on the car and go week to week and see what happens. Some additional sponsors would be awesome. I’ve been racing for a long time and this year is definitely going to be a challenge so sponsorship would really go a long way for us.” 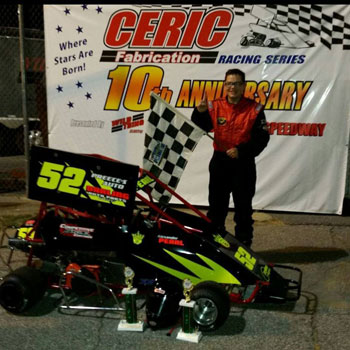 In addition to winning the Mini Stock title at Monadnock last season, Pearl also made his first 2 starts at Stafford in the SK Light ranks, finishing 10th and 14th. With those 2 races under his belt and a host of good help behind him, Pearl is confident that he can run in the top-10 during his rookie season and even get into the top-5.

“I feel like those 2 races last year will help give us a good idea of where we need to be with the car and the main thing for us will be to keep all 4 wheels on the car and see how things go,” said Pearl. “I’m pretty confident that we can get some top-10 finishes and hopefully a couple of top-5 finishes. Our goal would be to run good and finish races in either the top-10 or top-5. Watching the races the last couple of years I was able to learn the lines around the track and how the competition races. I feel confident in knowing how the competition races and I’m usually pretty calculated with any moves that I make.”

If Pearl has any questions as he pursues his Rookie year endeavor’s he can always turn to some seasoned drivers that have many years of experience under their belts.

“I have a lot of good people helping me out, especially my Dad who’s been around racing for over 20 years, my grandfather Jerry Pearl and Todd Owen, they all know how to get around Stafford. We have a good car and we’ve been putting in a lot of work on it over the winter to make it better. I have to give a big thank you to my Dad and a guy who we call Harvick, they’ve both put a ton of work into my car. My dad has been a huge help to start my racing career and he knows what the car is going to do and how to set it up. He’s a big help for me and I’m just thankful for the opportunity that I have in the SK Light division.”

Although he already has 2 championships to his name during his racing career, Pearl knows that the 2018 season won’t be a walk in the park by any means. He knows that in order to win Rookie of the Year honors, he will have to beat some really good drivers that he has raced against for much of his career. 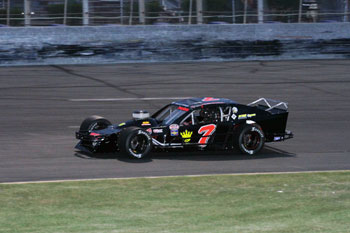 “This season is going to be interesting,” said Pearl. “Bryan Narducci is my cousin, so we’ve known each other our whole lives, and I’ve raced against Mikey Flynn, Teddy Hodgdon, and Marcello Rufrano in the karts. It just shows that the Wild Thing Kart program is working out. Winning Rookie of the Year would mean so much to me. There’s a lot of rookie drivers coming in this year and they’re all good drivers. It’s going to be a big challenge to win Rookie of the Year, but it’s an attainable goal.”