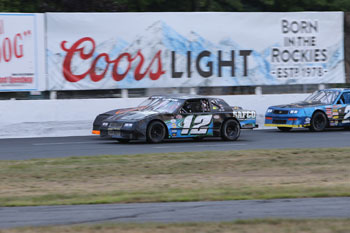 (Stafford Springs, CT)—After 4 full seasons in the Dare Stock division at Stafford Speedway, the brother/sister combination of Alexandra and Ryan Fearn are preparing for a move to the Limited Late Model division in 2017. The two have combined for 12 wins since the 2013 season with Alexandra notching 7 and Ryan 5, including 2 for both during the 2016 season.

“I’m pretty excited, I’ve been thinking about this for a while now,” explained Alexandra. “Learning something new is always fun and racing against a different set of competitors will be a new challenge. We’ve both won some races in the DARE Stock division and we like new challenges, we’re excited to get started in the new division.”

Both Alexandra and Ryan began their racing careers in the Monday night Wild Thing Kart Series before moving to the Dare Stock division in 2013. The Wild Thing Kart Series has become a training ground for young competitors before making the move to the half-mile. Ryan and Alexandra are no exception and believe that their karting and Dare Stock experience will translate to success in the Limited Late Models. 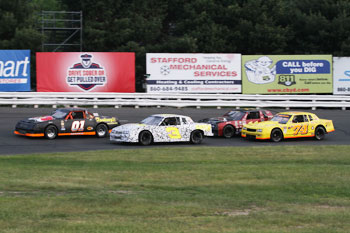 “I started karts when I was 7 and I won my first 2 races because I was the only kid putting my foot to the floor,” explained Ryan. “The cars are a lot different than the karts with having some suspension and I’ll need to listen to Tommy’s advice which is ‘sometimes you need to go slower to go fast.’ If I can apply that when I need to, I might be more successful. Normally when I’m out front, I can focus on just running laps and I pull a Keith Rocco and flip the mirror around so I’m not even looking at it. It’s when there’s a bunch of cars around me the pressure is on and I want to start picking cars off one by one.”

Both drivers will have support from one of the best driver/crew chief combos ever at Stafford in Tom and Stu Fearn, Uncle and Father of the two young drivers. Tom and Stu have recorded 50 wins together at Stafford over a 25-year stretch including winning the 2016 Late Model Championship. Both are instrumental in Ryan and Alexandra’s racing and the move to the Limited Late Models.

Both drivers have cars that have had success in the Limited Late Model division in the past. One car was driven by Paul Arute in 2016 winning 5 times while the other is Josh Wood’s 2013 championship winning car most recently driven by David Comeau during the 2015 season. 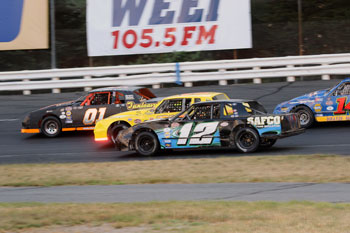 “It’s comforting knowing that the cars we’re driving have won races before at Stafford, it definitely helps put the mind at ease,” continued Alex. “I’d like to be consistent this season and get some good finishes and a win would be amazing. Maybe even Rookie of the Year, but that might be a stretch because I have my brother to be racing against. We respect one another and we have a friendly rivalry that usually pops up while we’re in the shop working on the cars.”

Both drivers are confident heading into a new division and feel that a win is not out of the question in 2017. Ryan Fearn knows a win would mean a lot to the team.

“As I’m sure is the case with every other driver, winning is my favorite thing to do. It’s absolutely fantastic and it’s really awesome going to victory lane and be able to celebrate. It shows that all the hard work that you and everyone on the crew put in the week before pays off for everyone and it’s a big party moment in victory lane. I’d really like to get a win for everyone on the crew this year. “             Alexandra agrees a win would be a huge confidence boost for her and the team. “I definitely think a win might be possible. I don’t want to say yes we can win because I have to be realistic. I’ve watched some YouTube and Go Pro videos and that’s given me an idea of what’s going on and seat time at the open practice before the Sizzler will be important. In racing I think it definitely helps watching others. I’d really like to be able to win a race this season. I wasn’t able to win a race in my first season of DARE Stock racing so we’ll see if I can get a win in my first year.”

“I have to thank my Dad for all he does for my brother and myself,” Alex explained. “I really appreciate everything he does and we have a lot of fun working together on the cars as a family. I also have to thank my car owner Amadeo, SAFCO Foam, R.A.D. Automachine, and NAPA Auto Parts.” 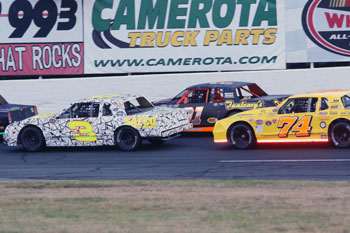 Ryan also wanted to thank all the supporters of his racing career. “I have to thank SAFCO Foam, Sunoco and N.E. Race Fuels, Hoosier Tire East, Stafford and the Arute family for a great track, John G. Powers for all his bodywork, Diane, Sue, and Tom Fearn, Amadeo, my father Stu and my mother because she lets me race. If it wasn’t for my mom, I probably wouldn’t be behind the wheel.”

Catch both Alexandra and Ryan Fearn for their Limited Late Model debut at the 46th Annual NAPA Auto Parts Spring Sizzler on April 28-30. Tickets for the “Greatest Race in the History of Spring” are on sale now at the Speedway Box Office. Tickets are priced at $40.00 for adult general admission tickets, $5.00 for children ages 6-14, and children ages 5 and under are admitted free of charge when accompanied by an adult. Reserved seating is priced at $42.00 for all ages. As always, Stafford Motor Speedway offers free parking with overnight parking available. All tickets are good for both Saturday and Sunday admission. All ticket prices include 10% CT Admission Tax.