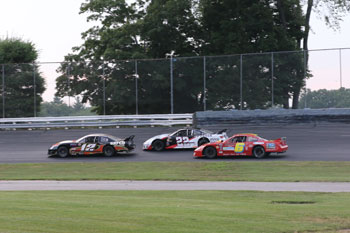 (Stafford Springs, CT)—When Alexandra Fearn scored her second consecutive Limited Late Model win of the 2019 season two weeks ago at Stafford Speedway, she entered herself into the Stafford record books as the winningest female driver in the track’s long and storied history. Fearn entered the July 19 feature event tied with Stacey Botticello at 10 wins and her 11th win of her career was a milestone trip to victory lane. Botticello’s 10 wins were all recorded in the Street Stock division, or DARE Stock division as it used to be known, while Fearn has 7 Street/DARE Stock wins and 4 Limited Late Model wins to her name.

“I haven’t really thought about breaking a record,” said Fearn of reaching the milestone. “I never thought that was a possibility until I looked at the [Stafford] website and looked at the winner’s list for myself. That’s when it became a reality for me. It’s something that’s really special to me because I’ve been racing at Stafford whether it’s karts or full sized cars for more than half of my life at this point. This isn’t just about me, it’s about all of the people behind the scenes who have done a lot of work to help me get to this point. Thanks to my Dad, who got me into the sport and for doing all that he does to support me, my car owner Amedeo has been with me since day 1 through the struggles and successes, and everyone who works on my car. I couldn’t have done any of this without their help and support.” 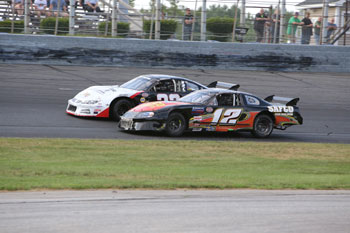 Fearn began her racing career in Stafford’s Monday Night Wild Thing Kart Series and raced there for 7 seasons, winning races in every division that she competed in. Fearn and her brother Ryan both moved into Street/DARE Stock competition prior to the 2013 season. Fearn didn’t win as a rookie but she won twice in 2014 and 2016 while winning 3 races in 2015. Fearn moved up to the Limited Late Model division in 2017 and she won a single race that year along with 2018 before notching 2 wins thus far in 2019. With 8 races left to go on the 2019 calendar, Fearn shows no signs of slowing down.

“I just graduated from college and my full time job starts soon but I’m not moving away so I’ll be able to keep on racing every week,” said Fearn. “That wasn’t originally my plan but it’s the plan now and hopefully we can tack on a few more wins in the coming weeks leading into the Fall Final.” 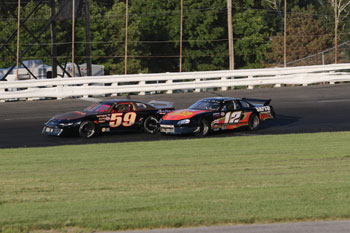 With her two wins this season Fearn is now riding a 6-year streak of winning at least one race at Stafford every year since her first win back in 2014. Fearn’s 2019 season didn’t get off to the best of starts and for a time it looked like her winning streak might come to an end, but the #12 SAFCO Foam team has come on strong of late.

“This season has been a roller coaster,” said Fearn. “We got to the Sizzler and the car would barely move and then we went out for practice and the car didn’t move at all so that wasn’t the best start to the year. Once we fixed those problems, the car was ill handling so basically we’ve replaced everything in the car except for the driver. After 2 months of struggling we got a second place finish and that really kind of set the mood for the last couple weeks and we got 2 wins. We had a bad race last week but’s that’s just the tone of the season. We’re here to have fun and win races, that’s what it’s all about for me. I’m not here to make money or be famous, I just like spending time with family and friends.” 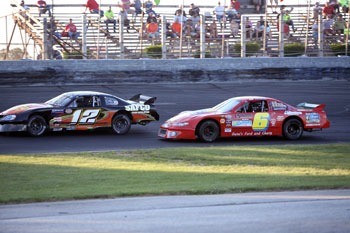 Fearn was as many as 38 points behind the championship leader but her two consecutive wins on July 12 & 19 moved her to within 28 points. Misfortune struck Fearn last Friday night, leaving her 34 points behind Matt Clement in the chase for the 2019 championship. While Fearn acknowledges that she might be a longshot for the championship, she can now concentrate solely on racing for wins rather than having to worry about points.

“We’re 34 points behind, so that’s 17 positions on the track, which is pretty significant,” said Fearn. “Racing for points is a lot of pressure and strain on the driver and it’s a lot of work. With where we are at, it takes a lot of that pressure off and we can focus on going for wins rather than trying to make up points. The best thing we can do is win the last 8 races but that’s obviously unrealistic. The cool thing about the Limited Late Model division is all of us have a chance at winning a race and whenever I pull out onto the track, I have no idea who is going to win that night. Our races are no walk in the park, they’re hard races to win. I think that if we can finish all the remaining laps and get some more podium finishes then we’ll end up in a good place and we can be happy with how the season ends compared to how it started for us.” 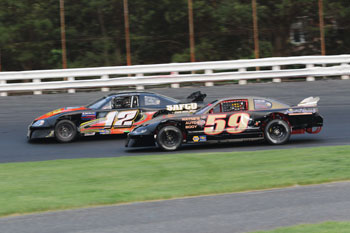 Now that Fearn is a 6-year veteran of NASCAR weekly racing at Stafford, she has two important points that she would pass on to any young female drivers who one day might want to be just like her and break her win record at Stafford.

“I would say that you have to have a balance between life and racing and not let racing consume your life,” said Fearn. “Don’t miss weddings, graduations, or important parts of your life when you’re younger because there’s a lot more to life than just racing. The other point I would give is to not ever give up. I’ve admittedly had several times where I wanted to give up and move away from racing and be removed from the sport because it’s a lot. When racing stinks it really stinks but when it’s good, it’s really great. Working through the truly difficult things makes the rewards feel that much better.”

Stafford Speedway returns to feature racing action this Friday, August 2nd with the 29th Annual Stafford 150 NASCAR Whelen Modified Tour event. Stafford’s five weekly divisions will join the Tour in feature action and tickets for the Stafford 150 are available and on sale now at the Stafford Speedway Box Office. Tickets are priced at $35.00 for adult general admission tickets, $5.00 for children ages 6-14, and children ages 5 and under are admitted free of charge when accompanied by an adult. Reserved seat tickets are $38.00 for all ages. All ticket prices include 10% CT Admission Tax. Stafford Motor Speedway offers plenty of free parking along with overnight parking available for self contained Recreational Vehicles. Stafford’s five NASCAR Whelen All-American Series divisions will join the NASCAR Whelen Modified Tour cars in feature action.