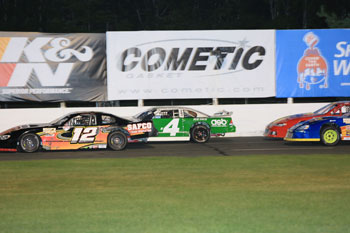 (Stafford Springs, CT)—After racing in the DARE Stock division for 4 seasons, Alexandra Fearn made the move into the Limited Late Model division for the 2017 season. Her rookie campaign was a season filled with ups and downs and her main rival for the R.A.D. Automachine Rookie of the Year title was her brother Ryan. Alexandra’s season didn’t get off to the most promising of starts, but by the time the season had ended, the driver of the #12 SAFCO Foam Chevrolet had posted a win to go along with 7 top-5 and 14 top-10 finishes to clinch the R.A.D Automachine Rookie of the Year award and the $500 bonus that goes along with it.

“It’s really, really amazing to be the rookie of the year this season, especially with the season we had,” said Fearn. “At the NAPA Spring Sizzler, I lost the brakes in practice and drove the car straight into the turn 1 wall, so that was a great start to our season. Then a couple weeks later we backed into the wall in an on track incident, so the cards didn’t seem to be in our favor. As the season went on, we turned things around and it’s a huge accomplishment and an honor that showcased what we were able to do this year. I think we exceeded our expectations for the year. The season was definitely a roller coaster for us. One week we’d be wrecked and then we’d have a couple of good consistent finishes and then another wreck. But by the end of the season we had a couple of podium finishes, including a win, and we were in the top-5 in the division for laps lead during the season. In my first season of DARE Stocks, we didn’t win a race so this year we definitely learned a lot and we had some success. Everyone worked really hard and this award is a reminder of what we accomplished and what’s to come for 2018.” 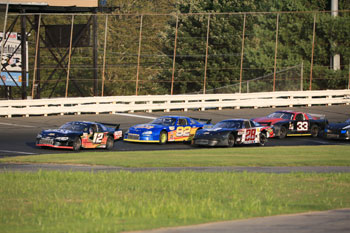 After dealing with highs and lows throughout the course of her rookie season, Fearn experienced the highest of highs on Sept. 8 when she captured her first Limited Late Model feature victory.

“The win was so satisfying for us,” said Fearn. “There were a couple of races where we probably should have won, but we didn’t. Like the week before we won, we led the whole race and then the axle cap fell off the car. I’ve been around racing for most of my life and I don’t remember ever seeing something like that happening to anyone. Getting that first win set the mood for us for the last couple of races and I think that’s why we were able to be so successful in the last few races. We knew we were fast and we could be competitive with the top cars in the division.”

In addition to the trails and tribulations that she experienced during the season, Fearn says she had a big learning curve to combat in making the move from DARE Stocks up to Limited Late Models as well as having to learn a totally new set of drivers and their driving styles and tendencies. 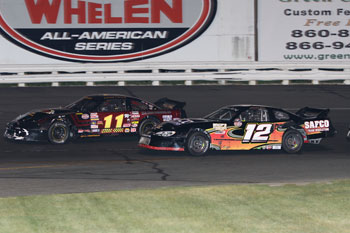 “I would say the biggest challenge was I was so comfortable in the DARE car because I had been doing it for so long,” said Fearn. “I knew the strategy I needed to win and what I needed to do to be fast whereas in the Limited, it’s a bigger car and it’s faster so there’s a whole different driving style and strategy needed to be competitive. With the DARE car I knew I had to do X, Y, and Z where with the Limited car there’s so many more options. Also I had never raced against any of the drivers in the Limited division before so I had to learn their driving style and tendencies.”

For the majority of the season, Alexandra and her brother Ryan were neck and neck in the Rookie of the Year standings. Fearn says there was some good natured ribbing along the way between the two siblings and once the season had concluded, Ryan was very congratulatory towards her for winning rookie of the year. 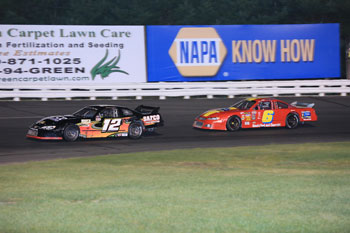 “I remember I mentioned winning rookie of the year at dinner one night during the middle of the season and we were pretty close to each other in the points at that time, and he told me that I was going to have to beat him to win it and he gave me a little flak about that,” said Fearn. “But at the end of the year after the Fall Final he was very congratulatory and very nice about it. I have to thank Amedeo Francesca and my Father, they’re both the best and no words can describe the time and effort they both put into the car, Dave, John Powers, my brother Ryan, my mom Diane, Kevin Soper, Bob, and SAFCO Foam the best around, Williams Race Gears also top notch, Sunoco Race Fuels, Whip’s Sporting Goods, King Ward Coach Lines, and R.A.D. Automachine. Also a big thank you to R.A.D. Automachine for the bonus. They’re the best in the business and if everybody doesn’t already know that then they should know it now. Don Wood is a great guy and big thanks to him for doing this program. It’s a unique program and award for winning Rookie of the Year.”

Fearn will officially be crowned as the 2017 R.A.D. Automachine Limited Late Model Rookie of the Year at the 48th Annual Stafford Motor Speedway Champions Awards Ceremony on Friday, November 17 at Maneeley’s in South Windsor.