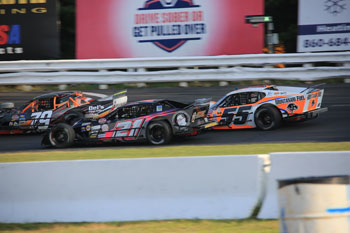 (Stafford Springs, CT)—As Sami Anderson prepares to enter her second full season of SK Light competition at Stafford Speedway, she is primed for a breakout year. Anderson, who got her start in racing in quarter midgets, made her Stafford debut in the Street Stock division in 2018 before moving into the SK Lights last season. Anderson finished 16th in points with 2 top-10 finishes and has her sights set on consistently placing her #21 Tick Mike’s Tick & Mosquito Hose Spray car in the top-5 in 2020.

“I’m looking for consistent top-5 finishes this season and if there comes an opportunity where we’re in second and have a chance to go for the lead, I’m going to do whatever it takes,” said Anderson. “That’s the way I’ve always raced since I was younger and anyone who remembers me from my quarter midget days will tell you the same thing. This year we don’t care about points at all.”

Anderson’s rookie season got off to a rough start when she failed to qualify for the season opening feature event on May 4. After that disappointment, Anderson qualified for every remaining race and her performance began to improve throughout the season as she gained experience. Anderson’s best finish of the season came on July 19 with 6th place and although her finishes might not show it, it was the tail end of last season where Anderson really started to get comfortable. 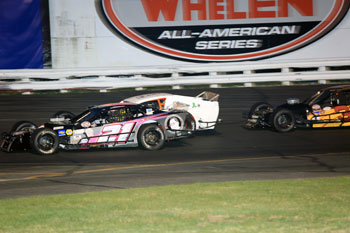 “Last season for us was kind of like expecting the unexpected,” said Anderson. “When something goes wrong how do you handle it and how do you work through it and figure out what you can do to be a better driver and a better team. Things really started to click for us the last couple of races. The second to last race I passed a good amount of cars but the problem was every time I got by a couple cars, the caution came out and I had to restart behind the cars I just passed. We went from being in the back of the pack to the middle of the pack and by the last race we ran in the top-5 for most of the race. There was a lot of learning about the other drivers and how they race and how to get around them.”

As Anderson gained experience and continued to learn new things each race last season, there was one particular lesson she learned that would be the total opposite of most drivers at Stafford.

“I think one big thing I learned from last season was to not be scared of running the outside lane,” said Anderson. “I don’t think I was ever scared to run the outside and if anything, I need to work more on how to better run the inside lane. I’m still looking to improve in all areas. Even the best of the best drivers that you see every week at Stafford they’re always learning something and getting better. Every time you go out on the track you learn something and I want to improve in all areas even if we think we have a pretty good hold on things.” 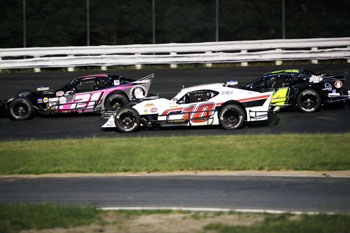 Anderson worked closely with Andrew Molleur’s team last season as they were both part of the SPAFCO race car team but with Molleur moving on to a new team in 2020, Anderson will be working with Todd Patnode as her SPAFCO teammate and is excited for the possibilities of working with Patnode.

“This year we’re going to focus on what we did towards the end of last season with the car setup and I’m looking forward to working with Todd Patnode as a SPAFCO teammate this season,” said Anderson. “He’s got a lot of experience and I think he can be an important asset to my learning process.”

Although several of the top SK Light drivers have made the move into the SK Modified® division for the 2020 season, Anderson feels that the SK Lights will be even more competitive this year. 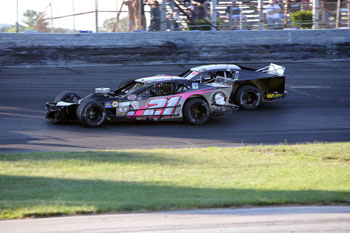 “I feel like every time I go on Facebook I see a new SK Modified or SK Light driver, which is an awesome thing,” said Anderson. “I like strong competition and I feel like this year will be even more competitive than last season was. We’re looking to have a good start to the season so we can set ourselves up nicely for the rest of the year and I have to thank all of our sponsors for their support: Tick Mike’s Tick & Mosquito Hose Spray, RSMPCO.com, Rapid Racing Products, Advanced Dental, Sky Top Motors, Classic Builders, D.I.Y. Garage, First Class Automotive, Dunleavy’s Truck & Trailer Repair, and SPAFCO.”

The 2020 SK Light season gets underway off with the 49th Annual NAPA Spring Sizzler® on April 24-26. Tickets for the “Greatest Race in the History of Spring” are on sale now by calling the Speedway Box Office 860-684-2783 or online at www.staffordspeedway.com.