Andrew Molleur Steps Up to SK Modified® Division at Stafford 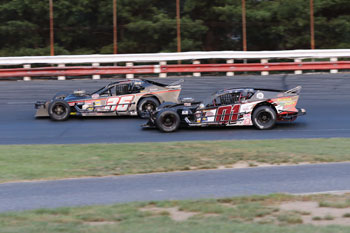 (Stafford Springs, CT)—After winning 4 races and finishing fourth in the 2018 SK Light standings at Stafford Speedway as a 15 year old, Shelton, CT native Andrew Molleur is making the step up the open wheel ladder for the 2019 season and he will challenge for SK Modified® NAPA Rookie of the Year honors.

“I’m pretty excited for the season,” said Molleur. “I watched a lot of the SK races last year and I’m confident that Ken Barry and all my guys made my SK Light car fast and they’ll make the SK car fast as well. It’s exciting for me to make this step into SK Modified® racing with a great group of drivers.”

After collecting four wins and 16 top-10 finishes in his first full season of SK Light competition last year, Molleur will be looking to carry over that consistency and if things fall his way, he just might put his #35 RaceChoice.com Chevrolet in NAPA Victory Lane. 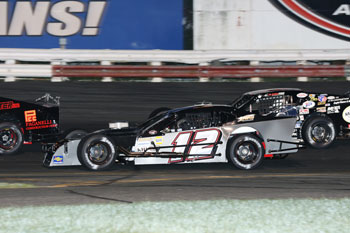 “The car will be the same car that Max Zachem took out for the last couple races of last season,” said Molleur. “Rookie of the Year is a good goal for us to have this season and that would look pretty nice on my racing resume. I’m looking to get some top-5 and top-10 finishes and mainly try to run up front. If the stars are aligned for us on a Friday night, I think we could win a race this year. We have great support from RaceChoice.com and Bud’s Truck and Diesel Service, and we’re looking to acquire some additional sponsorship.”

Over the past two seasons, Molleur has logged plenty of laps around the Connecticut half-mile facility. While Molleur has plenty of on-track experience to lean on during his rookie campaign, he will have to learn a new set of competitors and their on-track habits.

“I think the biggest thing for me will be to learn a new set of drivers that you’re racing against,” said Molleur. “Some guys are different from others in how you get around them on the track, so I’ll have to adapt to a whole new group of drivers. I know I’ll have to drive the car a little bit differently with the extra power versus the SK light car and where to get off and back on the gas. Even though the cars all have different horsepower, just having seat time at Stafford between the SK Light, Open Modified, MRS, and MTS cars is a big help. A lot of the SK drivers also race in the Open Modifieds and MRS races, so it all adds up to use things I’ve already learned and it will be a big help with the SK car.” 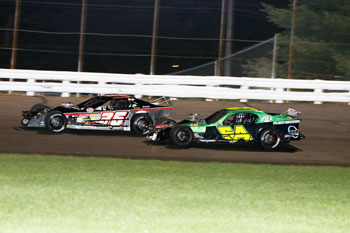 Molleur will be looking to replicate his good start to the 2018 SK Light season as he scored a podium in last year’s NAPA Spring Sizzler feature event and won his first race in only his fourth start.

“I was 110% confident in all my crew guys that they would give me a fast car but I didn’t think we would win a race as quickly as we did last year. Coming from Waterford, it was a little bit of a surprise how quickly I was able to adapt to Stafford. Stafford is a unique track and you have to drive it almost like a diamond. At the Spring Sizzler we were pretty quick in practice and then we started up front and finished third after a good run in the heat race. That definitely helped give me some confidence going forward since I wasn’t really sure what to expect that first weekend.”

In addition to his SK Modified® and Open Modified driving duties this upcoming season, Molleur is looking into the possibility of expanding his schedule to include the Whelen Modified Tour as well as Stafford’s Late Model division. 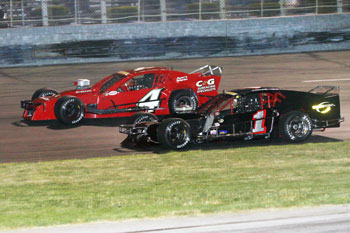 “I’m looking into the possibility of doing some Late Model racing this season and we’re not sure yet about any Whelen Modified Tour plans,” said Molleur. “It was great to make my Tour debut last year at Stafford and there were some ups and downs during the weekend, but I was happy with how that went. We did pretty well in the Open Modified shows last year and I’m looking forward to running those again this year and hopefully we can get some good finishes. We led for half of the race in the second Open 80 last season and I’m going to use the lessons I learned in that race for the Open 80’s this season and try to be a little more conservative with the tires.”

Molleur will kick off his SK Modified® rookie season at the 48th Annual NAPA Spring Sizzler® on April 26-28. Tickets for the “Greatest Race in the History of Spring” are on sale now by calling the Speedway Box Office 860-684-2783 or online at www.staffordspeedway.com.