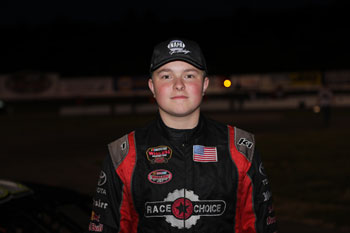 (Stafford Springs, CT)—In only his second full season of open wheel competition at Stafford Motor Speedway, Shelton, CT native Andrew Molleur made the transition from the SK Light division to the SK Modified® division a successful one by winning NAPA Auto Parts Rookie of the Year honors. Molleur posted a feature victory to go along with 2 top-5 and 7 top-10 finishes to become the 11th SK Light graduate in the last 13 seasons to claim the SK Modified® rookie of the year award.

“Coming into the season our goal was to win NAPA Rookie of the Year and we knew that was going to be a tough battle against Marcello Rufrano after battling against him all last year in the SK Lights,” said Molleur. “Winning rookie of the year was at the top of my list so I was very happy to win the award and would like to thank NAPA Auto Parts for their support of the rookie program. I was very happy that we were able to get a win but I’ll also say we didn’t have very good finishes to back that up, unfortunately. It was tough for us to be consistent but it was still a good year for us and I have to thank all my crew guys; my Dad, Joe, Tom, Kenny, Steve, Billy, Barry, Kris, and all my sponsors RaceChoice.com, Tick Mike, R. Stone, Bud’s Truck & Diesel Service, and RSMPCO.com.” 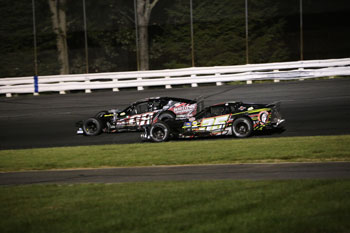 Molleur’s rookie campaign started strong with a 7th place finish in the season opener on May 4th and a win on May 31st in only his fifth SK Modified® start. Molleur found it tough to replicate that success through the remainder of 2019.

“I remember getting asked before the season started if I thought I would be able to win a race and I just laughed because growing up watching the SK Modifieds, everyone is so good and I didn’t know if I would be in a position to win,” said Molleur. “When we won that race it seemed like the stars aligned for us that night. We were really good in practice, had a good heat race, and we started up front. We had a couple of decent runs and I think we had a very good shot at winning the night we came back from New Hampshire but we got caught up in a wreck. The one run we had this year that I was really proud of was the night of the NAPA SK 5k. We finished fifth in that race and that was a good night for us.” 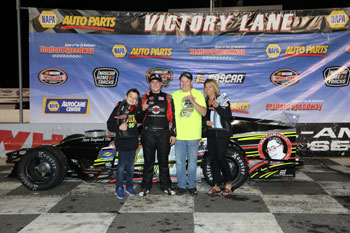 In the final 15 races of the season, Molleur recorded 1 top-5 and 5 top-10 finishes but he accomplished another of his goals by finishing the season in 9th place in the SK Modified® points standings.

“Not being able to back up our win took its toll on me throughout the season,” said Molleur. “I remember going home the night we won and I thought wow, we won and we can actually do this and then we couldn’t quite do as well for the remainder of the season. It was tough for us to get things figured out to where we could get what we could get each week to stay in the top-10 in the points standings and still win NAPA Rookie of the Year.”

With a season’s worth of experience and lessons learned under his belt, Molleur is ready to get back at it next season. Molleur is looking to get a couple of wins and be in the hunt for the championship when 2020 rolls around. 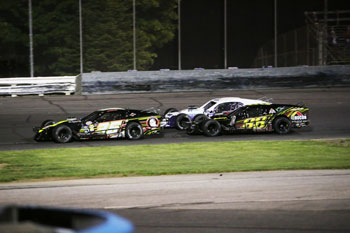 “Having our win come so early in the season I think maybe I set the bar a little high for myself and it seemed like we underachieved the rest of the season,” said Molleur. “I’m ready to get going and I wish we could race all year long. But it’s good to be able to take a break for a couple of months and take a look at things and figure out what we need to do better for next season. We’ll be looking at what we can change from this season in order for us to get another win or maybe a couple of wins next season and we’ll have our sights set on being consistent so that we can be in the hunt for the championship.”

Molleur will officially be crowned the 2019 SK Modified® NAPA Auto Parts Rookie of the Year at the 50th Annual Stafford Speedway Champion’s Awards Banquet, scheduled for Friday, November 15 at Maneeley’s in South Windsor. Tickets to the awards banquet are $50 and are on sale now. Tickets can be ordered by calling the track at 860-684-2783 or they can be ordered online at www.staffordspeedway.com.