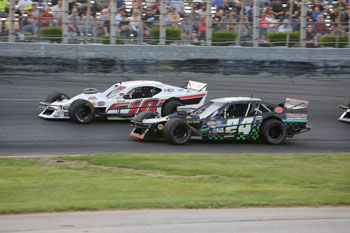 “Last year was pretty good,” said Anglace. “We were very lucky that we only got in one big wreck throughout the whole season. For our first year at Stafford, finishing eighth in points was pretty decent and it was a cool experience. Every week at Stafford, you’re racing against 25 cars so we didn’t expect to run as well as we did. We ended up finishing second in our fifth start, and we definitely didn’t expect that, so it was one of those things that luck was on our side. I don’t want to be too overly optimistic but I’d like to have a shot at the championship this season. Realistically anywhere in the top-5 would be a good spot for us with a couple of wins. We were actually in the top-5 last year but once we got caught in that wreck, things started to go downhill a little bit for us.”

With Anglace having never driven at Stafford prior to making his SK Light debut in the second race of the 2019 season, he relied heavily on his father Vinny, a veteran of Stafford’s SK Modified® and SK Light ranks, to provide a setup on the #10 car that would allow Nick to run up front and be among the weekly contenders for victories. 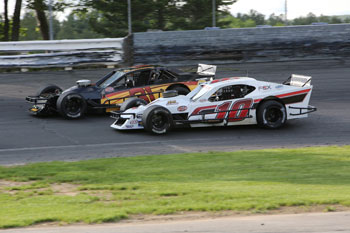 “A lot of our success last season comes down to my father,” said Anglace. “He’s been racing at Stafford for a long time and he gave me some tips on what to do and what not to do. He knows what the car needs and he ran up front back in 2016 so I felt pretty confident that we could do well but I didn’t think we’d be finishing in the top-10 as many times as we did. Thanks to Anglace Racing Enterprises and my Dad, he’s always the number one guy I have to thank for everything, Fox Pest Control, CWPM, Jones Bros. Roofing & Siding, and all the track sponsors for their support.”

Anglace will be bringing back the car that he started off the 2019 season with and that he was much more comfortable driving.

“We’re going to be bringing back one of our better cars that we ran in the beginning of last season,” said Anglace. “After we got in the wreck, on July 19, we switched to our backup car and that wasn’t as good as the primary, so I think we should be back to running up front. It’s going to be an interesting season because there’s a lot of good guys who have moved up to the SK Modified® division. With the experience we have now, I know what I need to do and the team knows what they need to do in order to get some good results. I can’t wait to get back to the track and go racing.”

In addition to having championship aspirations for the 2020 season, Anglace is also chasing after his first career victory at Stafford. A victory for Anglace would be a first for his family as his father Vinny scored 6 podium finishes during his best season of 2016, but couldn’t quite get to NAPA Victory Lane. 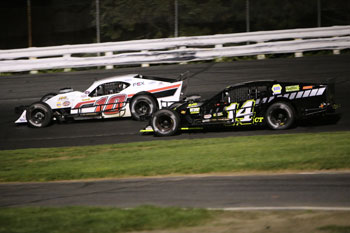 “A win would be crazy,” said Anglace. “My dad has been racing for a long time now and he hasn’t won a race yet. He ran SK’s for a while and won a lot of heat races, but nothing for feature wins. It will be a pretty cool day if we can get a win.”

With Teddy Hodgdon and Bryan Narducci, who between them won 13 of the 20 SK Light races held last season, both moving into the SK Modified® division for the 2020 season, everyone in the SK Light field will be looking to fill those winning shoes, but Anglace knows that it won’t be an easy task.

“Teddy Hodgdon and Bryan Narducci along with a bunch of really good drivers have moved up to the SK’s, but there’s still a great field with a mix of young drivers like Jon Puleo and Steven Chapman along with veterans like Joey Ferrigno and Mark Bakaj plus a great mix of new drivers coming in,” said Anglace. “The SK Lights always put on a great show with how intense we all are. Especially with 20 laps, you have to work your way to the front pretty quickly. It’s going to be tough for sure but I think we have the capabilities to run up front and hopefully with the experience we gained last year we can do that on a more consistent basis.”

In addition to preparing his #10 machine for the 2020 season, Anglace has also been busy on iRacing to better hone his skills at getting around the Stafford half-mile with a particular set of skills in mind that he is trying to improve. 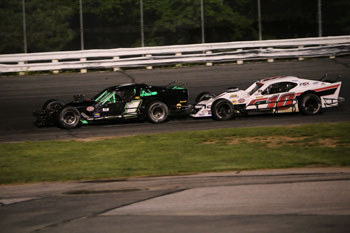 Anglace will see if his iRacing skills will help pay off for the first time in 2020 with the 49th Annual NAPA Spring Sizzler® on April 24-26. Tickets for the “Greatest Race in the History of Spring” are on sale now by calling the Speedway Box Office 860-684-2783 or online at www.staffordspeedway.com.