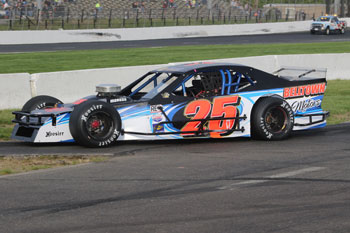 (Stafford Springs, CT)—When the Twisted Tea Open Modified 80 takes the green flag at Stafford Speedway Friday, June 8, one driver who will be looking to make a statement is East Hampton, CT native Anthony Flannery. Flannery, still a relative newcomer to open wheel modified racing, started running modifieds in 2017 after a background in Legend Cars and Late Models. Flannery and the #25 Leonard’s of Stafford Springs team ran into misfortune in the VMRS 80 at Stafford on May 18 and are looking to turn their luck around despite their limited experience.

“This is my second year racing modifieds and we only ran the Connecticut tracks last year with the Modified Racing Series and we’re doing the same thing this year,” said Flannery. “I’d say I have 12 or 13 starts under my belt right now in a modified. I’m pretty confident about the race. Everyone wants to win but realistically if we can have a good, clean race and get a top-5, we’d all be pretty happy. We had a good car a couple weeks ago for the MRS race at Stafford but got caught up in a wreck early, which was just bad luck. Rather than having people look at us as just another car in the field, we want them to see us as one of the contenders.”

Despite his lack of experience compared to some of the other drivers in the field for the Twisted Tea Open Modified 80, Flannery already has an idea of how he can be among the front runners in the race. 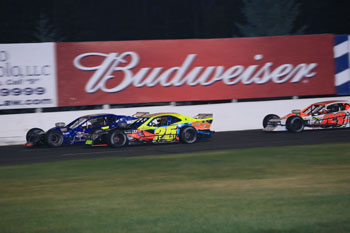 “I think the race will be a lot more interesting and you’ll be able to drive hard right from the beginning,” said Flannery. “Being able to change a couple tires might get you to a point where you can run hard and get up front and keep your equipment clean and still have something for the end. There might be a couple of guys who try to save their tires and go without pitting but I think you’ll see all the guys up front stop and take tires. Everyone has the option of taking new tires or not, but knowing that you don’t have to save or save as much, will definitely make for a whole different race.”

Flannery is running a team car with Dave Etheridge, a former weekly racer at Stafford and a 10-year veteran of the NASCAR Whelen Modified Tour. Working with Etheridge has helped accelerate Flannery’s learning curve and he knows that when he gets behind the wheel of his #25 car that he has a car that is capable of winning races and it all comes down to him as the driver. 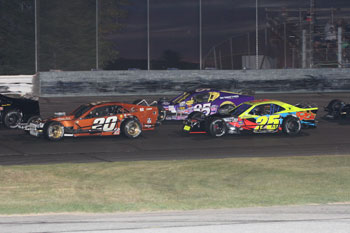 “It’s awesome working with Dave,” said Flannery. “He’s got a lot of experience and he’s a big reason why we have a great car that can compete. It’s all up to me as the driver to make adjustments and decisions on the track rather than having to worry about if the car is good enough or not. Dave is always talking with me about how I can get better and where I can improve. Dave is a front running driver and I’m glad to be a part of his team.”

Flannery enjoyed a career best second place finish earlier this season in the MRS race at Waterford and with the confidence of that finish combined with the capabilities of his #25 car, Flannery feels like he could get his first modified win in the Twisted Tea Modified Open 80.

“I do feel like we have a car that can win,” said Flannery. “We had a really strong run at Waterford with the MRS finishing second, and that race really raised everyone’s hopes. Racing with guys like Rowan Pennink, Woody Pitkat, and Anthony Nocella, it was awesome just to have my name mentioned alongside those guys and it’ll be even better if I can get my name in front of theirs in the finish. I think coming off that race and we had a good car the last time at Stafford, we can have a good shot at winning the race. The team puts a great car in my hands and it’s all up to me to get the car where it belongs in victory lane.”