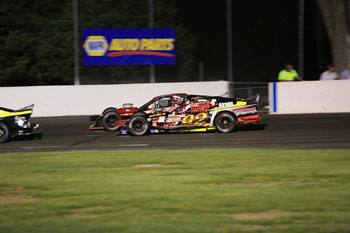 (Stafford Springs, CT)—After winning the Valenti Modified Racing Series championship in 2017, Anthony Nocella, driver of the #92 Nocella Paving Chevrolet, is once again leading the VMRS point standings. With the series set for its second visit of 2018 to Stafford Speedway on Friday, August 31 for the Lincoln Tech 80, Nocella will be looking to continue his run of good fortune at the Connecticut half-mile facility. Nocella won the May race last season, finished third in the fall race and followed up those finishes with a 4th place effort this past May.

“I think we should have a pretty good car,” said Nocella. “I’m sure there will be a good amount of strong cars at Stafford, especially the guys who run Stafford weekly. We were pretty good at Stafford back in May and we’re hoping to have another strong car and I think we’ll be able to be a contender and run up front. We’ve had a lot of strong runs everywhere we’ve gone this season. There were a couple of races where we had a little bit of trouble but all in all it’s been a good season and we’re happy with how we’ve been running.”

Nocella’s victory in May 2017 at Stafford bucked the trend of VMRS winners at Stafford being either current or former weekly competitors. Through 20 VMRS races held at Stafford since 2010, 14 have been won by drivers with weekly experience in the modified ranks. While Nocella feels like the weekly drivers might have a slight advantage, it might be offset by the knowledge that the VMRS regulars have with the tires that they run on the series. 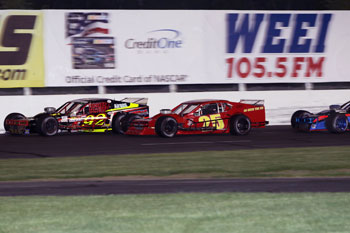 “We might be at a little bit of a disadvantage versus the Stafford weekly guys but we run the MRS races with these tires more than the weekly guys do so we might have a little advantage there,” said Nocella. “At Stafford the weekly advantage might be a little more than some other tracks we go to with how line sensitive the track is, but I feel like we’ll have a pretty good shot at running with those guys. Even though the track conditions will be different than they were in May, we can can definitely take some things we learned from the last race and use them for this race.”

Nocella will need another strong run at Stafford if he is to maintain his VMRS point lead heading into the final races of the 2018 season. With a win and three consecutive top-4 finishes at Stafford, Nocella knows what he needs to be among the front runners.

“We’re going to stick with our same game plan for the Lincoln Tech 80,” said Nocella. “We’re leading the points but I’ve never really liked racing for points. I’d rather go out and try to win all the races and if you can do that, the points will take care of themselves. At Stafford the car has to be able to rotate through the corners well and you have to keep the tires under you for the whole 80 laps. We saw Rowan [Pennink] conserve his tires back in May but there have been other races at Stafford where the pace has been a little higher. The better you can make your car handle will help conserve the tires and that’s going to be the key for the end of the race.” 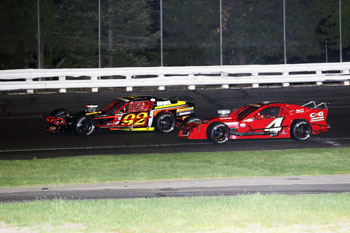 The Lincoln Tech 80 brings up an interesting choice on race strategy. While VMRS teams can’t change tires during the race, tires can be swapped during the race. Rowan Pennink used the tire swap strategy perfectly back in May to win the race but Nocella says that strategy will come down to several different variables.

“Our strategy is all going to depend on how the race plays out,” said Nocella. “I know Rowan took it easy the last race and came to the front at the end but he had a different strategy in the other Stafford races he’s won. Track position is pretty key at Stafford and it can be tough to pass towards the end of the race so I think we’ll just have to play things by ear and see how the race is playing out to determine how easy or how hard we want to go in the race and if we want to make a stop to swap tires or not.”

Tickets for next Friday night’s Lincoln Tech VMRS 80 available and on sale now. Tickets are priced at $30.00 for adult general admission tickets, $5.00 for children ages 6-14, and children ages 5 and under are admitted free of charge when accompanied by an adult. Reserved seat tickets are $32.00 for all ages. All ticket prices include 10% CT Admission Tax. Stafford Motor Speedway offers plenty of free parking along with overnight parking available for self contained Recreational Vehicles. Grandstand gates will open at 5:15pm with VMRS qualifying heats starting at 6:30pm and feature events to immediately follow VMRS qualifying.