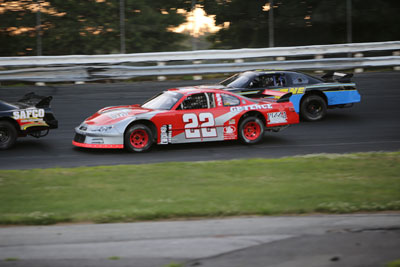 “My relationship with Gary Patnode and the fact that the Limited Late Model drivers don’t make that much money was the main reason why I wanted to become a contingency sponsor,” said Joe Baker, Owner of Baker’s Woodshop.  “I’ve been coming to Stafford as a race fan for about 52 years now and I figured it was a good time to start giving something back to the drivers who keep me entertained.  I remember watching Fred DeSarro and Bugsy Stevens and all those guys back in the day.”

Baker’s Woodshop is located at 625 New Britain Ave. in Hartford, CT and they specialize in hand crafting wood products made from recycled pallet wood.  Baker’s Woodshop can also do decks, porches, stairs, or virtually anything that involves wood. 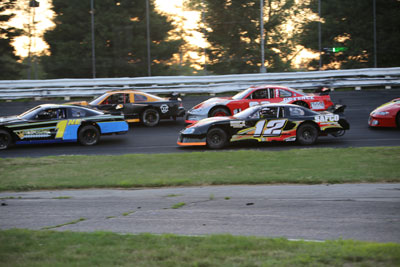 “Mostly I deal with products made from pallet wood such as wine and spice racks, but we can also do decks, porches, stairs, or anything dealing with wood,” said Baker.  “If someone gives me a picture of something, I can make it.  I take pallets apart, clean them up, sand them down, and glue and nail everything back together.  Just like the old style commercial said, I take big parts, make little parts and put them back together to make big parts again.”

Through the first 2 races of the 2020 Limited Late Model season, veteran driver and former track champion Andrew Durand has returned to full-time competition after nearly 10 years away and he has reestablished himself as the man to beat by winning both races.  2-time defending track champion Jeremy Lavoie finished third in the first Limited Late Model feature and Alexandra Fearn finished third in the second race of the 2020 season.