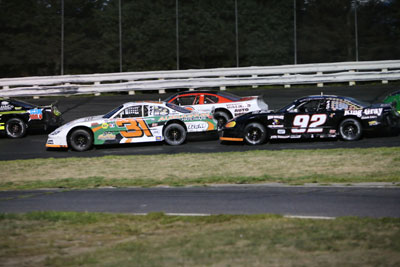 (Stafford Springs, CT)—When Michael Bennett and the #31 Aubuchon Hardware team agreed to join forces prior to the start of the 2019 Late Model season at Stafford Speedway, it seemed like a match made in heaven.  Bennett is a 2-time track champion with 39 career wins to his name while the #31 team led by Rob Russell won the Late Model championship with Glen Reen in 2017.  Through their first 28 races together since the start of the 2019 season, Bennett and the #31 team have recorded 6 second place finishes but have yet to reach NAPA Victory Lane.

“It’s been very frustrating for both of us because we’re both very competitive,” said Bennett.  “We grew a lot last year as a team and it was hard for me to step into a situation where all I’m doing is driving the car.  With my own car and guys I was the leader of the team and my guys knew what I needed without me saying anything.  It took a little while but we started to gel the last 5 or 6 races last season and we thought we were going to be really good this year and things started off great with a second place finish.  As frustrated as we are, we haven’t had a bad season, we’re second in points right now.  We’re not pointing fingers at each other, we’re just working hard to figure out what we need to win and that’s what great teams do.”

If Bennett and the #31 team are looking for some extra magic to help them win their first race together, then they can look squarely at the Late Model 50 scheduled for this Friday, September 4.  Bennett won the 50-lap race in 2015 and 2017 and his team won the race in 2016 with Woody Pitkat behind the wheel.  Last year’s 50-lap race saw Bennett and the #31 team finish second after starting last.  With a good long run car underneath him, Bennett feels like this year’s 50-lapper might be just the medicine he and the #31 team need to end their winless drought. 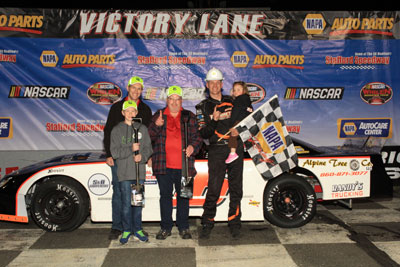 “For whatever reason it seems like the extra distance races throughout my career have fit my driving style although not purposefully,” said Bennett.  “We usually had good success in the 100 lappers we used to run and I want to win really bad with these guys and we’ve been trying hard to get that first win together.  The way we ran in last year’s 50 lapper I don’t see why we can’t have another good run and maybe get our first win together.  It would be a great race to get our first win at.”

“Since I started racing the 31 car, it’s been a good long run car and it always seems to get better as the race goes on,” said Bennett.  “It usually fires off a little slow but by the end of the race it’s always running really good.  We go to the track every week with a new setup in the car so changing things around for the 50 lapper will be nothing new for us.  We’ve had races this season when we’ve finished 6th and felt like we should have been in the top-3 and we’ve had top-5 runs where we feel like we should have finished somewhere around 12th so there’s no magic setup that we’ve been able to find so far.  We’re still making changes every week and we’ll see how those changes affect the car once we go out for our first practice run.” 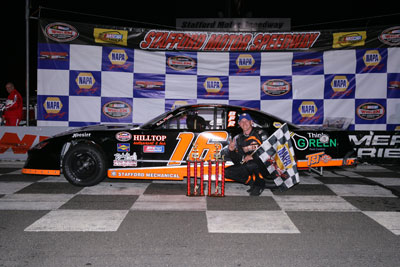 Not only is Bennett looking to end a winless drought with the #31 team, he is also in search of a milestone victory.  Bennett has won 39 races at Stafford in his career, with 20 of those wins coming in the Late Model division.  His next win would be his 40th at the Connecticut half-mile and that number has been weighing heavily on Bennett’s mind.

“Getting a win together with the #31 team has been our goal since we signed our deal last March,” said Bennett.  “I can’t believe it’s taken this long and hopefully it won’t take much longer for us to win.  I really want to win for all those guys and winning with them would be a big feather in their cap to show that they can win races with different drivers and different car setups.  My next win will be #40 in my career at Stafford and that’s been a number that’s haunted me since 2017.  I’ll never forget after my last win, Mark Arute came up to me at the Fall Final and asked why we stunk up the show winning the race.  I told him that you never know when your last win is going to be and sure enough that was my last win.  It’s hard to win a race in the Late Model division right now.” 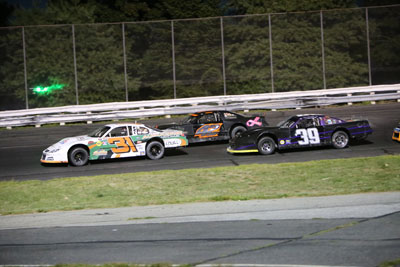 “If you look at the Late Model field as a whole, with the exception of Adam Gray, everyone is searching for something,” said Bennett.  “I see it every race that some guys are extremely good one week and then the next week they’re not very good at all.  If you look at Paul Arute, he looked like Superman the night he won and then the next week he finished 14th.  I know Paul and all his guys don’t want to be finishing 14th but that’s how it’s been for most of us this season.  What works one week doesn’t work the next week.  We haven’t come to the track with the same car setup all season long.  Last Friday we were loose in the first practice, good in the second practice, tight in the heat race, and then it was very tight in the feature even though we made changes to the car that should have prevented the car from getting tight.  It’s been a challenge for everyone to have a good car every week.”