Bobby Santos Looking to Return to Winning Ways at Stafford 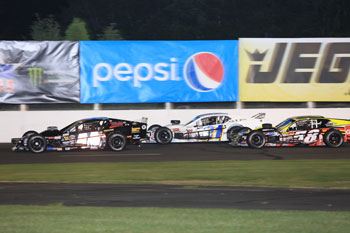 (Stafford Springs, CT)—Bobby Santos comes to Stafford for Sunday October 1st NAPA Fall Final on the heels of a big win at New Hampshire Motor Speedway. With winning momentum on his side, Santos is looking to recreate the magic he enjoyed at Stafford from 2010-2014 when he won 6 times at Stafford, including 3 NAPA Spring Sizzlers and 2 NAPA Fall Finals.

“Obviously a big win gets the whole team excited and I’m looking forward to the next race,” said Santos. “I love Stafford and I love racing there. I’ve had past success there but lately it’s been a little dry. Hopefully we can make up for that this weekend.”

With Santos and the #44 Tinio Corp. team running a reduced schedule this season, they can afford to throw caution to the wind and do everything they can in order to get to victory lane, whereas other drivers might have to be a bit conservative with their race strategies. 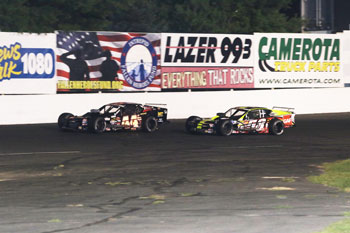 “We’re coming to win the race,” said Santos. “We’re definitely not one of the guys that has to be concerned with strategy and pit when everyone else pits. We just have to make the best strategy to win the race and not the best strategy to get a top-5 finish. It’s less stress on the team and less stress on me, all we have to worry about is trying to win the race. The guys who are in the points race are really good and we’ll just have to approach it thinking to win. I think we can take a gamble on the strategy that could either get us a win or it could be a 10th place finish where other guys have to be a little more conservative because they need to finish in the top-5. It’s always easy to sit here and talk about how we need to run the race and then once the green flag comes out things start to change by the second. You just have to take the race as it comes and make the best decisions you can. I’m confident we can do that. I have a great team, a great owner, and a good crew chief so we have all the pieces in place to do that.” 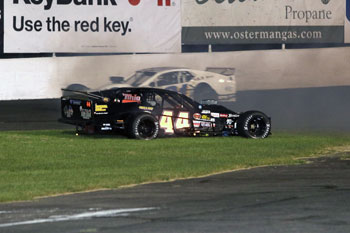 Santos won the 2010 NWMT Championship and he has 6 wins to his credit at Stafford. But he hasn’t won a race at Stafford since the NAPA Spring Sizzler in 2014, a situation he is hoping to remedy this weekend.

“I think we’ve struggled the last couple of years since they went to the spec motor and we’ve changed chassis,” said Santos. “This year we’ve run well. We kind of cut back what we’re doing and that has really helped us. We ran well at Stafford last time we were there, we were in position for a good top-5 finish and we got taken out. We’ve run well this season and I think we can show that this weekend. To get another Fall Final win would be pretty cool. The traditional Spring Sizzler and Fall Final races mean a lot. There’s a lot of history with those races and to be in the record books again as winning one of those races and to have your name on either one of those trophies again is pretty cool. In general I think doing less and being 100% every time has helped us get back to somewhere we belong.” 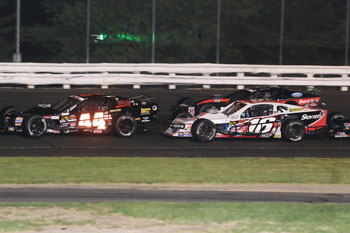 With 6 Stafford victories to his credit, Santos certainly knows what it takes to park in victory lane at the end of 150 laps. The only drawback to that is that with the Whelen Modified Tour making multiple stops each season at Stafford, most of his competitors also know what it takes to get to victory lane.

“We’ll need to have a good car right off the trailer and practice and qualify well, that’s half the battle,” said Santos. “Then we just have to make good decisions during the race and have a good enough car to keep us up front to be in position to go for the win. Stafford is a track that I enjoy but pretty much everyone on the Tour knows Stafford well because we race there so often. It’s important to start up front to make your life easier for the race. You can win from the back, Ryan [Preece] showed that earlier this year but it definitely makes things easier to start up front.” 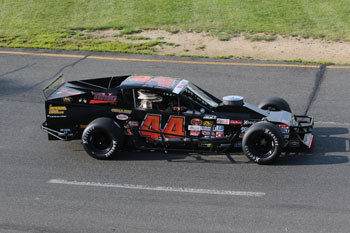 Discount tickets for the NAPA Fall Final Weekend are available at your local participating NAPA Auto Parts Store. The NAPA tickets include general admission for both days along with a lunch buffet on Sunday, all for only $38 per person. For a list of participating NAPA Stores, please CLICK HERE.