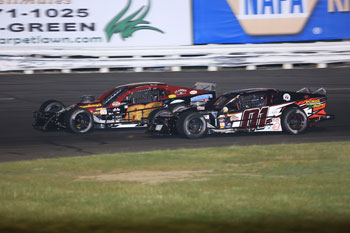 (Stafford Springs, CT)—Normally in racing a rookie driver will go through growing pains as they acclimate themselves to a new car and new set of competitors. Through the first 12 races of the 2018 season at Stafford Speedway, SK Light rookie Bryan Narducci is bucking that trend. The driver of the #01 Florida Connection Chevrolet finds himself leading the points standings with three wins and ten top-10 finishes. Aside from two races where he involved in accidents and recorded finishes outside the top-20, the Colchester native has yet to finish worse than fourth this year.

“This season has been pretty close to what we expected,” said Narducci. “We debuted last year at Waterford and we won 4 out of 7 races and 5 out of 9 overall so I kind of expected to be winning this season. I’m definitely very happy where we are with 3 wins so far this season. I’m meeting the goal I had for myself for this season so we’re on the right track. Racing at Waterford was good for me to learn the SK Light car and how to drive it. Stafford has the best competition every week and there’s a lot of good cars so running Thompson and Waterford last year helped prepare me for what to expect and then running the Fall Final last year was important because I ran against the same guys I’m racing with this year. It was a big head start to learn all those things last year rather than having to learn them at the start of this season.” 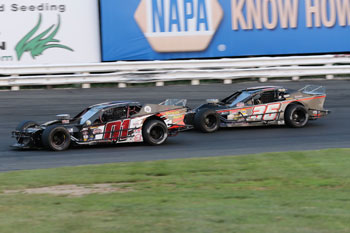 In his short career, Narducci has proven that he has what it takes to win races. He won 40 feature events during his six seasons in Wild Thing Karts along with the 2016 Sr. Outlaw Championship. Narducci scored 6 wins in his 2 seasons of Limited Late Model competition at Stafford from 2016-2017 and has 3 wins in the first 12 races of the 2018 season. Despite having limited SK Light experience prior to the 2018 season, Narducci says his time in the Limited car helped him prepare to move up to open wheeled competition.

The fact that Narducci finds himself leading the points standings in the SK Light division isn’t exactly something new at Stafford. Rookie drivers have gone on to win the championship three times: Michael Gervais, Jr. in 2009, Matt Galko in 2010, and Jeremy Sorel in 2014 all won SK Light championships as rookie drivers. Narducci is looking to follow in their footsteps and he has a good game plan in place to do just that. 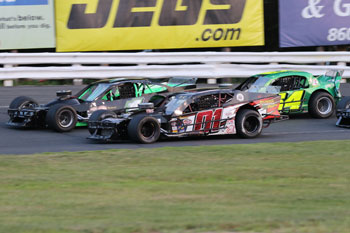 “I’ve been looking at the points every once in a while and I think we’re 18 ahead going into this Friday,” said Narducci. “I know I’m battling with Marcello [Rufrano] so if I notice he’s having a bad night, I don’t really push the car as hard as I can and I don’t try to make any stupid moves knowing I can have a good points night. If we both have good cars, I’m going to go for the win. I go for wins every race but sometimes the car doesn’t allow for that and you have to be happy with whatever you can gain in points. We want to win every race but if the car will only allow for a third place finish, I’ll take that and chalk it up to a good points night. We’d love to keep our top-5 string going because that’s what helped Cory DiMatteo win the championship last year. He was in the top-5 for I think it was the final 6 or 7 races last year and if we can do that this year, I think we’ll have a pretty good shot at the championship.”

As well as having a good car to go along with his talent behind the wheel, Narducci has great support from his team as well as his sponsors.

“Definitely Todd Owen, Butch Shea, and all the guys at the shop do a great job helping me get the car ready to get to the track and then at the track,” said Narducci. “We’ve changed 2 transmissions at the track this year, once when I went out for practice and didn’t know it was broke and the second time it broke during practice. The work that the guys do not only on my car but on 4 cars or more during the week at the shop is very impressive and I can’t thank everyone enough for all their help. To not have a finish worse than 4th in the races that we’ve actually finished, is pretty impressive because consistency is what wins championships and that’s the main goal for us. Thanks to The Florida Connection, Curley’s Kids Care, Baldwin Automotive, Chris Our, Waddell Communications, R.A.D. Auto Machine for their support this season and hopefully we can keep the wheels on the car and we can keep on having fun in the second half of the season.”

Time will tell if Narducci can continue the success he has enjoyed in the first half of the 2018 season and become the fourth rookie driver to win an SK Light title at Stafford.