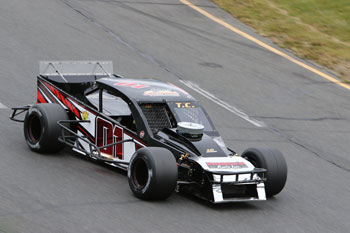 (Stafford Springs, CT)—After 2 full seasons in Stafford Speedway’s Limited Late Model division, Colchester native Bryan Narducci made his debut in the SK Light division in the season ending NAPA Fall Final last September. With a strong 6th place finish in his debut, Narducci is ready to make his mark in 2018 and challenge for R.A.D. Auto Machine Rookie of the Year honors behind the wheel of his #01 The Florida Connection machine.

“I can’t wait to race the SK Lights at Stafford,” said Narducci. “I’ve always wanted to race modifieds and to finally be able to do it is a dream come true. We raced the Fall Final and we did really well finishing sixth. We’re going to be full-time at Stafford this year and I think we can be a contender for some race wins, Rookie of the Year and maybe even the track championship if we can keep the front and rear clip on the car. Racing the Fall Final was important because we learned some stuff with the car setup and some differences between the SK Light and Limited Late Model cars. Now I have an idea of who I’m racing against and how the car will handle so we can fine tune during practice and be ready to race for the Sizzler. I can’t wait to see what we can do.”

Over the course of his career at Stafford, Narducci has proven to be a quick study behind the wheel. Narducci won 2 races during his rookie season in the Limited Late Model division while simultaneously winning the Wild Thing Kart Senior Outlaw championship in 2016. Narducci upped the ante in 2017, leading the Limited Late Model division in feature wins with 4 and finishing fourth in the points standings. At the NAPA Fall Final, things got off to a bit of a rocky start with his SK Light experience but Narducci was able to improve his lap times every time he went out.

“We were really happy with the 6th place finish at the Fall Final,” said Narducci. “I was a little shaky in the first practice but we got up to top-5 on the speed charts in the second practice. We had a good heat race and picked off some cars in the feature and got up to 6th. If we had had some more laps we might have been able to run down the leaders and try to win the race. It’s a little easier to make the transition from a full-fendered car to an open wheel car because the tires are so much bigger and there’s more grip. I think if I was going from a modified to either a Late Model or Limited Late Model the transition would be more difficult.” 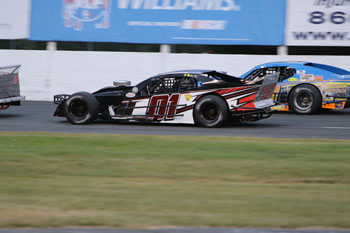 In addition to his Fall Final start at Stafford, Narducci made 7 starts at Waterford and one start at Thompson in the SK Light ranks. Narducci won 4 of his 7 Waterford starts and he won his lone Thompson start to give him 5 SK Light wins in only 9 races. With 6 career wins already to his credit at Stafford in the Limited Late Model division, Narducci is eager to add his name to the SK Light winners list.

“We won in only our third start and that was really cool to get a win in such a short amount of time,” said Narducci. “A win at Stafford would really mean a lot. I know the car is fast and hopefully I’ll be able to adapt pretty quickly with how fast we were at the Fall Final. I feel pretty comfortable in the car. We won 4 out of 7 at Waterford and we won at Thompson so think we kind of upped our standards for the 2018 season. We want to win at least a couple of races this year and prove that last year wasn’t a fluke and Stafford definitely has the best competition between the 3 Connecticut tracks.”

When the first green flag of the season is unfurled on Sunday, April 29 as part of NAPA Spring Sizzler weekend, Narducci will be one of several graduates of the Monday Night Wild Thing Karts as part of the SK Light field. Narducci will be joined on track by Alexander Pearl, Amanda West, Mikey Flynn, Teddy Hodgdon, Marcello Rufrano, and Dan Wesson and he says it will be just like racing around the Stafford Mini-Mile.

“It’s going to be a lot of fun racing with guys like my cousin Alexander Pearl, Teddy Hodgdon, Mikey Flynn, Dan Wesson, and all the guys I used to race against in the Karts,” said Narducci. “It’s pretty cool to see so many drivers from Wild Thing Karts doing well in the SK Lights and it’ll kind of be like Monday nights when we had some great battles on the mini-mile.” 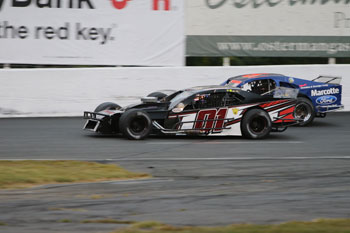 As he prepares for his first full season of SK Light competition at Stafford, Narducci has a plethora of sponsors and people he would like to thank for helping him get to this point in his racing career.

“I have to thank my Mom, Todd Owen, David Arute, Big Haus USA, The Florida Connection with my Uncle Greg and Aunt Venetta, Curley’s Kids Care, Baldwin Automotive, Tommy Baldwin, Robert B. Our Construction, Chris Our, Waddell Communications, Cliff Nelson, Preece’s Auto, Bruce Bachta, R.A.D. Auto Machine, Start/Finish Productions with Ben Dodge, Butch Shea, Chassis Pro, Bennett Fuller, EB Exterminating, Pioneer Valley Wheel, my Uncle Jeff, Tom Froment, my Grandfather, my Dad, Alex Grab, and all the guys back at the shop who help out, Frank, Scooter, Geno, I wouldn’t be able to do this without them.”

Narducci will kick off his 2018 SK Light season at the 47th Annual NAPA Auto Parts Spring Sizzler® on April 27-29. Tickets for the “Greatest Race in the History of Spring” are on sale now at the Speedway Box Office. Tickets are priced at $40.00 for adult general admission tickets, $5.00 for children ages 6-14, and children ages 5 and under are admitted free of charge when accompanied by an adult. Reserved seating is priced at $42.00 for all ages. As always, Stafford Motor Speedway offers free parking with overnight parking available. All tickets are good for both Saturday and Sunday admission. All ticket prices include 10% CT Admission Tax. Discount Spring Sizzler® tickets will be available beginning in March at participating NAPA Auto Parts stores.