Posted on October 26, 2018 by Scott Running Posted in News 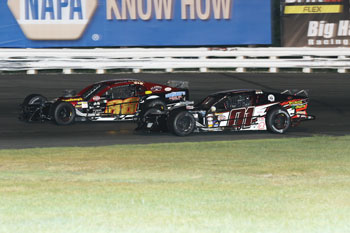 (Stafford Springs, CT)—The 2018 season at Stafford Speedway saw Bryan Narducci come very close to a fairytale ending to his rookie season in the SK Light division. A graduate of the Wild Thing Karts, Narducci moved up to the SK Light division after 2 seasons and 6 wins in Stafford’s Limited Late Model division. Narducci was bidding to become the fifth driver in Stafford’s SK Light history to win both the championship and Rookie of the Year honors in the same season but he ended 2 points short of winning the championship. Narducci will take home the R.A.D. Auto Machine Rookie of the Year honors and the $500 bonus that goes along with the award.

“It was a great season,” said Narducci. “It would have been nice to win the championship along with the rookie of the year, but we only lost by 2 points so that shows we were right there. It’s definitely nice to have a bonus from R.A.D. Auto Machine. We’ll definitely put that to use next season. I have to thank The Florida Connection, Chris Our, Baldwin Automotive, Curley’s Kids Care, Waddell Communications, Preece’s Auto, R.A.D. Auto Machine, Todd and all the guys on the crew, my Uncle Jeff for the transmission, and everyone who helps us out for their support this season.” 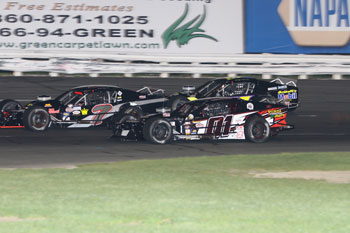 When the first green flag of the 2018 season was unfurled at the season opening NAPA Spring Sizzler, Narducci looked like a grizzled veteran rather than a rookie driver making only his second start at Stafford behind the wheel of his #01 The Florida Connection Chevrolet. Narducci opened the year with back to back second place finishes before scoring his first win in the third race of the season. Narducci continued his hot start, racking up 11 podium finishes in the first 15 races of the season, which gave him a 48 point lead over Marcello Rufrano with 6 races to go. Although he won twice more in the closing races, several finishes outside the top-10 in that span allowed Rufrano to be tied with Narducci in the championship race and Rufrano would clinch the championship in the final race. Narducci is proud of what he accomplished this season and is already looking forward to the 2019 season. 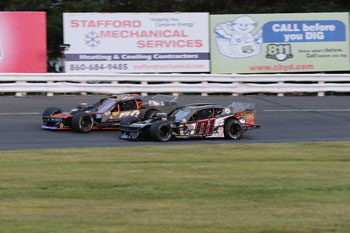 “The season was real good for us,” said Narducci. “We won 5 races and we had only 2 finishes outside the top-4 in the first 12 races so it was going real good. Then we had a couple rough weeks towards the end of the season and in any season you’re going to get caught up in something or something happens. We went into the last race tied for the championship and lost by 2 points but we were real close to winning the championship and it’s always a good year when you can go into the last race and be in contention for the championship. I’m definitely itching to get back racing. We’ll make sure everything is right over the winter and I’m sure we’ll have a fast car once again next season.”

Narducci’s five victories this season, while an impressive total, was only the third most wins by an SK Light rookie driver at Stafford. Tommy Barrett, Jr. holds the SK Light rookie record with 10 wins in 2010 and Chase Dowling is second on the rookie win list with 7 wins back in 2013. Although he expected to reach NAPA Victory Lane at some point during his rookie season, Narducci never imagined winning 5 races. 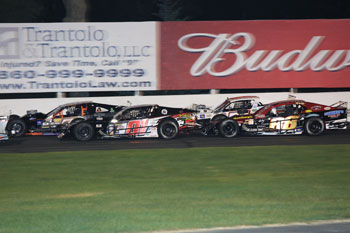 “I expected to run good and we thought we could maybe win a couple of races but we didn’t expect to win 5 races and be tied for the championship going into the last race,” said Narducci. “If you look at some of the rookies who have come through the SK Lights at Stafford, Matt Galko won 2 championships, one as a rookie, Tommy Barrett always ran really well and won a lot of races, last year Cory DiMatteo won the championship and 4 races as a rookie, and guys like Michael Gervais and Chase Dowling are now in the SK Modified® division, so I think that rookies seem to adapt pretty well to Stafford. Hopefully I can be racing against all those guys in a couple more years.”

Narducci will officially be crowned as the 2018 R.A.D. Auto Machine SK Light Rookie of the Year at the 49th Annual Stafford Motor Speedway Champions Awards Ceremony on Friday, November 16 at Maneeley’s in South Windsor.