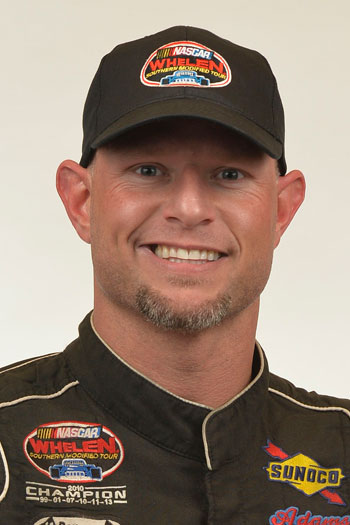 (Stafford Springs, CT)—When the green flag is unfurled for the NASCAR Whelen Modified Tour on Friday, August 3 for the Starrett 150, it will mark the Stafford Speedway debut of 2-time Southern Whelen Modified Tour Champion and 8-time Bowman Gray Modified Track Champion Burt Myers. Myers will be piloting the #1 Dunleavy’s Truck and Trailer Repair / Cirtusafe Chevrolet for car owner Eddie Harvey and while Myers is short on experience at a track that is known for favoring drivers with experience, his enthusiasm hasn’t dampened one bit.

“I’m really excited about the race,” said Myers. “Stafford is one of the main tracks on my list that I’ve always wanted to race at. Growing up in the South and racing at Bowman Gray weekly, the Southern Modified Tour, and other series, I’ve never had the opportunity to race at a lot of the northern tracks that I’ve heard about. This is a great opportunity for me to team up with Eddie [Harvey] and knock some of these northern tracks off of my bucket list.”

Despite having zero experience under his belt at Stafford, Myers is looking to take the Starrett 150 winner’s trophy with him back to his hometown of Walnut Cove, NC.

“We’re coming to win the race,” said Myers. “Eddie and I have talked about it. We finished 14th at Riverhead and a lot of people told us that keeping the car together and finishing 14th was a good run for our first time ever going there. We don’t go to races to have a good showing, we want to win races. I don’t mean to sound arrogant but God blessed me with the ability to drive race cars and I think I’m pretty good at it. Eddie has the equipment and knowledge for his cars to win races so the key will be adding up all the numbers and coming up with the equation that puts us where we need to be. Being realistic, if we can be competitive and run in the top-5 all night without any issues, that would be a big step forward for us. If we can learn some things that will help us for when we come back for the fall race I think we’d consider that a victory but our main goal is to bring a trophy home.” 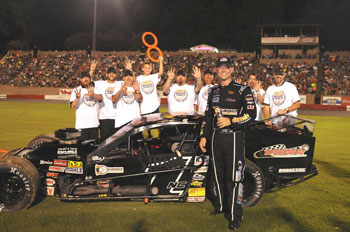 In order to help bridge the gap to the front running teams at Stafford, Harvey and Myers have enlisted the assistance of LFR and Rob Fuller for a baseline setup to work with when they unload the #1 machine. The setup that LFR is putting in the #1 car is the same setup that Chase Dowling utilized in April for the NAPA Spring Sizzler when he qualified on pole with a new track record and finished second in the 200-lap race.

“We brought the car to LFR and Rob Fuller and his guys are setting the car up for us, so hopefully we’ll be very close when we show up,” said Myers. “We know there’s some adjustments that we’ll have to make but we’re going to dive right in. They told us it was the same setup that the 15 car [Chase Dowling] ran in the last race at Stafford. Everyone’s driving style is different so it won’t be like taking a magic pill to give us a setup that will win the race but we know we’ll at least be close. Knowing the car should be really close when we get there will give me more time to get used to the track and less time having to work on getting the car dialed in.” 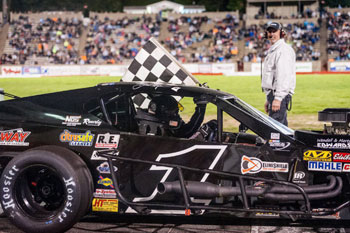 “What usually hurts us when we come up north is not being familiar with how the tracks change,” said Myers. “I’ve run several races at Thompson where you both practice and race during the day and we were pretty good. The last time we went to Thompson we were pretty good in practice and then we weren’t very good for the race because we weren’t sure what the track was going to do once the sun went down. It was the same thing for us at Riverhead and that’s what we’re looking to change by getting some help from the LFR guys with the car setup.”